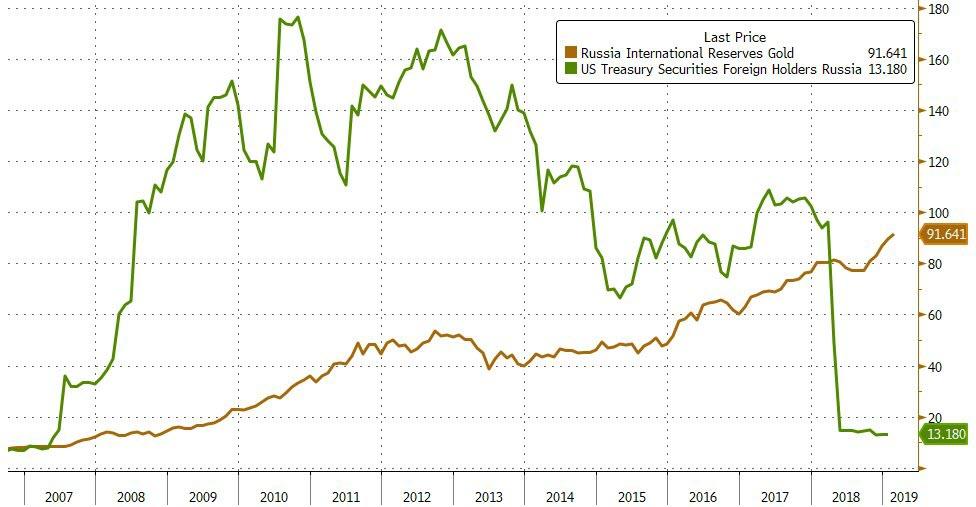 With Russia actively dumping US dollars and buying gold at the fastest paced in decades, the writing is on the wall when it comes to what the Kremlin thinks of any possibility for a detente in the painfully strained US-Russian relations.

And with Russia now clearly seeking to end monetary ties with a dollar-denominated “west”, there is just one alternative - China. Which is why it will probably not come as a surprise that several Russian banks joined the China International Payments System (CIPS) also known as China’s “SWIFT”, to ease operations between the two countries, according to a senior official at the Central Bank of Russia (CBR).

“As for the cooperation on payment systems, a range of banks are already connected to CIPS, allowing to facilitate payments routing procedure,” Vladimir Shapovalov, who heads a division dealing with foreign regulators at the CBR’s international cooperation department, said earlier this week during the international Russian-Chinese forum.

Meanwhile, as RT writes, the regulator hopes that in turn, Chinese counterparts will pay more attention to Russia’s own SWIFT alternative, the SPFS (System for Transfer of Financial Messages), as “it can further boost bilateral trade”, the official added.

As RT adds, Russia has been actively demonstrating the SPFS network, which was created in 2014 in response US threats of disconnecting Russia from SWIFT, to foreign partners, including China after its export version was finished late last year. The first system transaction involving a non-bank enterprise, was made by Russian oil major Rosneft in December 2017. Some 500 participants, with major Russian financial institutions and companies, have already joined. And with Europe contemplating alternatives to SWIFT in order to keep funding the Iran regime in light of its exclusion from the dollar-based monetary system following Trump’s reimposition of Iranian sanctions, it would land a major blow to the US Dollar’s reserve status if Brussels announced that it, too, would be joining either the Chinese or Russian alternative to dollar hegemony, a process which based on reserve managers’ declining allocations to US dollars is already taking place. 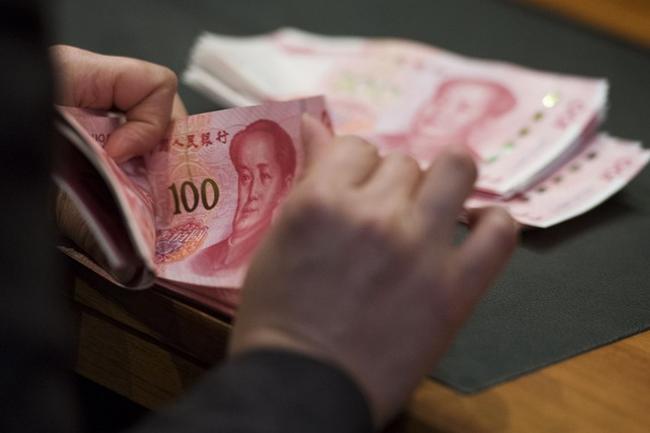 The Beginning Of The End Of SWIFT: Russian Banks Join Chinese Alternative...