It’s happening just like others here said it would. Now what? Hmmm! Not good!

Despite a continued explosion of “gun sanctuaries” in nearly every corner of Virginia, the new Democratic-controlled legislature on Friday took the first step to ban sporting rifles, large-capacity magazines, and suppressors.

In a 12-9 vote, the House Public Safety Committee voted to ban “assault weapons” such as the popular AR-15 and AK-47, magazines that hold more than 12 rounds, and sound suppressors, effective July 1. 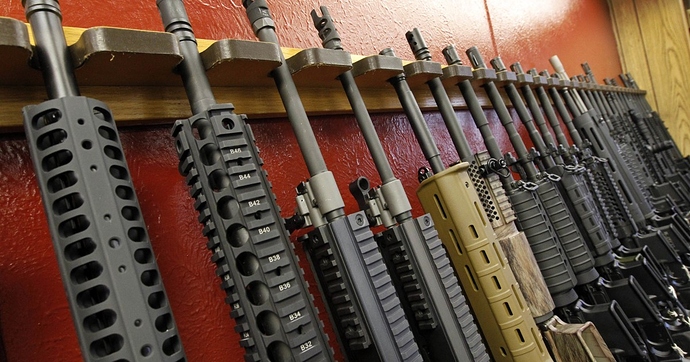 Despite a continued explosion of “gun sanctuaries” in nearly every corner of Virginia, the new Democratic-controlled legislature on Friday took the first step to ban sporting rifles, large-capacity magazines, and suppressors. 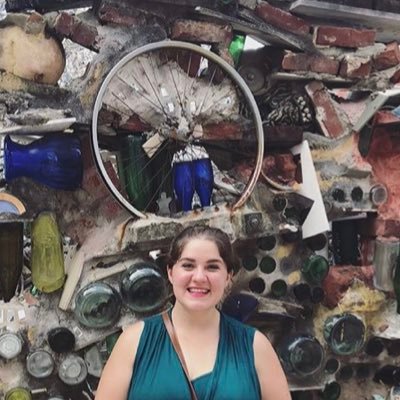 Law enforcement are asking rowdy crowd to leave. People are yelling at cops asking whose side they’re on. https://t.co/NUQpjyBF6Z
rato February 8, 2020, 1:01am #2

The cops will be the ones who come and take it. Just the way it is. Plenty of power tripping bootlickers out there who would be happy to just because they could.

Here’s what happens when leftists take control of government, they kick the public out when they voice their disapproval.

They’re only letting media stay in the room now to take up the last bill about guns on school property. Northam administration people had to leave too. https://t.co/uSHVM4K9w5 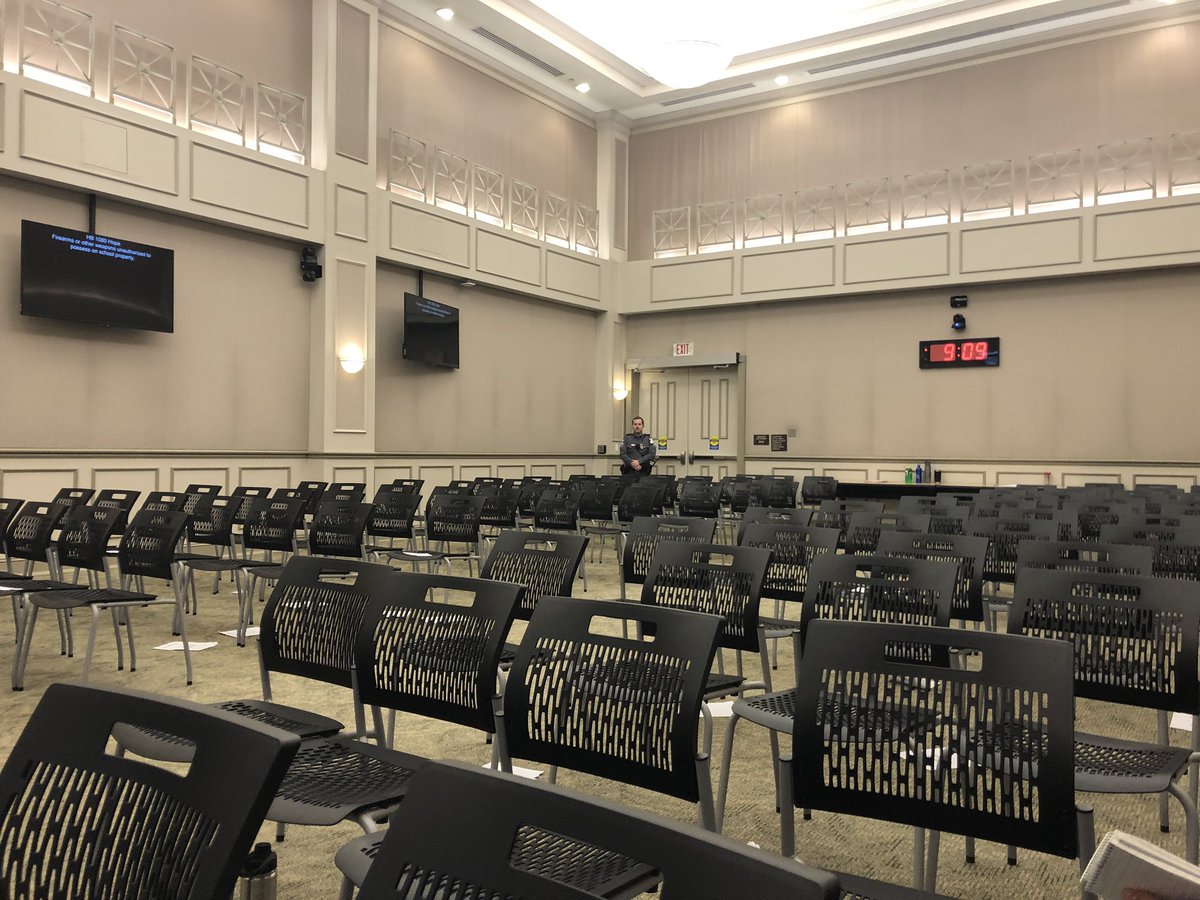 So you think this is the new norm huh?

Virginia - you had a long and proud run. Now you have had the worst form of cancer take over your entire body. It’s incurable and it kills fast. The only thing that will survive this in Virginia are other equally toxic and despicable forms of cancer. It’s time for the conservatives of Virginia to put their houses on the market and leave. Take your families and your tax dollars somewhere else.

It is the norm. When the cops get told to confiscate weapons they are going to do it. The sheriffs might be able to do what they want but local and state police can’t. Plus, they don’t give a shit. They are allowed to have weapons to protect their families so they aren’t the ones impacted.

It’s time for the conservatives of Virginia to put their houses on the market and leave. Take your families and your tax dollars somewhere else.

When that happens that is only giving the other side the win, and with this same reaction eventually you run out of places to run to.

Not to be a dick…but aren’t you living in Hong Kong? You ain’t having to deal with this shit.

If you feel that strongly about it come back to your country and move to Virginia.

Until then… conservatives should get the hell out of that now shithole state.

I don’t live in Virginia even if I do come back, but that is hardly the point in which I was trying to discuss here.

Oh…I get what you were saying and I disagree with you.

It’s also easy to tell people what they should be doing when you are removed from the problem by thousands of miles.

The people you want to stay and put up a pointless fight in VA are going to be the ones that have to live in absolute misery and send their kids to schools with illegals. No way would I ask a fellow conservative to subject themselves to this.

Ok, so why do you disagree? More to your original suggestion, isn’t that what happened with “white flight” to the suburbs?

I posted before I was done typing. Edited it.

It’s also easy to tell people what they should be doing when you are removed from the problem by thousands of miles.

Doesn’t mean I can’t express an opinion on the subject matter irregardless of where I am geographically currently.

I am not telling people what they should do, I am merely pointing out something to which you suggested leaving the state as a solution to which I expressed is basically waving the white flag.

The Democrats used illegal immigration as well as transplants from out of state to turn the state blue. Bloomberg spent millions of dollars getting his left wing puppets elected. Have you been to Virginia recently? Two of my brothers live there and I visit quite often since I’m 30 minutes over the state line. It’s fucked. Northern Virginia might as well be renamed Northern Honduras, Guatamala, and Somalia. Most of the “Virginians” have already packed up and left Northern Virginia.

Besides that… politically, Northern Virginia and Richmond control the whole state with a little bit of influence from Charlottesville and the college population there.

The farthest I been to Virginia in recent years was Arlington, and to much of my surprise it has changed quite a bit. Based on your commentary its pretty sad to say in the least. I drove through the state back in 2010 and its one of the most beautiful states in the country, so IMO nothing is gained if people living there are resolved to passive indifference. In other words, its lost ground.

I am hearing what you are saying, and perhaps you are right about not living there to know exactly what people are going through there, but how can it be helped? Is the country fked if this is allowed in other states too?

I joined up when the Gun Rally thread was getting passed around social media. I live in Northern Virginia (NOVA) and I am leaving. @Stonewall1776 is spot on. I actually moved here from Idaho in 2010 to work over at VW corporate. I’ve since moved to another company but in 2010 - things were really great here. Then there was an explosion of illegals and it’s gotten worse year after year. I’m not talking a few here and there…they have literally taken NOVA over. It’s basically like living in California now. When I get on 395 in the morning there are literally homeless bums holding signs at the light yelling at drivers to give them money. Drugs and MS-13 are everywhere. There were always a lot of Muslims but the new ones coming in are in full ninja costumes. Lots of Ethiopian cab drivers too. By and large though, it has gone full illegal Hispanic. It’s insane. Even the more suburban counties have been inundated and have gone FAR left. 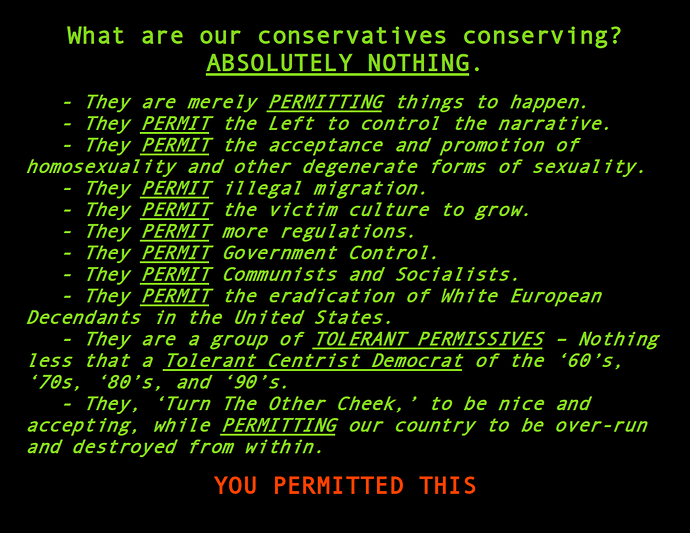 Ok. So now we know that Democrats don’t care if we protest or not. They are going to do what they want anyway. Now what do we do?

Oh no, what are they gonna do? Have another peaceful protest? Are they gonna pick up their litter afterwards too? Give me a break, nobody is gonna do anything meaningful.