Virginia is for fighters & militias

I’m familiar with the working of informants. Since you are too, you realize that the militias won’t be able to mobilize against the federal government.

The Bolshevik party was riddled with informants. Google on ‘Roman Malinovsky’,
the head of their fraction in the Duma. The editor of Pravda was one. There were
no doubt many many more at lower levels.

Revolution is not made by conspiracies – that was the mistake of August Blanqui in France.

What you can’t do, normally, is to overthrow an intact state, with an intact
military. But in revolutionary situations, the state does not remain intact: it
reflects society, which begins to polarize in various ways.

We already see the American Left changing almost before our eyes – on the elite, 99% liberal
campuses, conservatives can expect to have their meetings attacked and disrupted.
This was absolutely totally inconceivable a few decades ago. This sort of thing was
first started by a communist front group, Progressive Labor Party’s ‘Anti-racist coalition’
(or some such name), who attacked the world-famous expert on social insects, Edmund Wilson,
for his belief in ‘sociobiology’. This was back in the 1970s.

Now we take it for granted.

The Right is changing too. Trump is evidence of that.

But America has remained relatively prosperous, and has not suffered any major military
defeats. (We’ve just withdrawn from wars we could not win without using the tactics of the Wehrmacht.)
So, so far, we’re moving forward as if it’s business as usual. You win, we win, you win, we win.
Social and economic changes are gradual, the ones that don’t work get reversed, or modified.
(Privitization, the ‘Clinton’ welfare reforms.)

Let either or both of those conditions change, let the Progressives succeed in opening the borders even wider, let them succeed in making whites the new pariah class … and things will change rapidly.

So we – my side – need a few hundred thousand people with rifles and the rudiments of military discipline and an understanding of Mao’s dictum about the origins of political power. If the FBI want to help out, let them. They do us a service by removing the psychos from our ranks. I think the taxpayers’ money would be better spent keeping an eye on the Allahu Akhbars and M13 and the ‘Army of God’, but I never expected government to be very efficient.

Can I distill that down to your argument is that militias WILL be able to effectively mobilize against the federal government???

They have in the past and will continue to do so in the future. 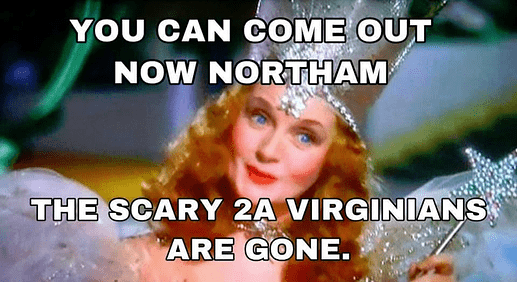 If the “federal government” is an intact body, with majority support, retaining the loyalty of its bodies of armed men, then no “militia” will stand a snowflake’s chance in a Hell’s Angels convention of prevailing.

However, those assumptions may not hold in the future.

Furthermore, a government with a technically-legal mandate, but without enthusiastic support behind it, may well hesitate before attempting to enforce some law which has dry legal validity, but which is seen by many – albeit a minority – as unfair. And if that minority includes a substantial armed component, the hesitation will be amplified.

The American civil rights movement in the South in the 1960s was non-violent, in the main, and that was the correct strategy. (If the Palestinians had followed their example, they would be miles ahead of where they are now.)

But in the background there were guns in the hands of Blacks, including organized Blacks (the Deacons for Defense and Justice), and I suspect that their existence helped speed up the federal government’s prodding of local law enforcement to stop blatantly discriminating against Blacks. (I was a civil rights worker in Tennessee in 1964, registering Blacks to vote in Fayette County, and after being chased down the highway by whites in a convertible, throwing things at us in our car, we started carrying a rifle. Probably an unwise decision, looking back on it. But the Deacons definitely helped Blacks get the protection of the law extended to them, or so many think. I’m happy that I raised money to buy ammunition for them.)

I will grant you that the militia movement as it stands, includes people who have a romanticized, unrealistic view of their capabilities. They need to learn more about the ‘guerilla war’ waged by young Leftists in many countries in Latin America during the 70s, which almost always led to their demise, sometimes after brutal torture. But the basic point, that political power is ultimately dependent on firepower, is correct.

Rag tag militias have fought the US military to a draw in three of our four most recent wars.

I will grant you that the militia movement as it stands, includes people who have a romanticized, unrealistic view of their capabilities. They need to learn more about the ‘guerilla war’ waged by young Leftists in many countries in Latin America during the 70s, which almost always led to their demise, sometimes after brutal torture. But the basic point, that political power is ultimately dependent on firepower, is correct.

I’ll focus in on this part. When average Americans start firing upon American law enforcement, national guardsmen/women or the US military, they will be met with overwhelming force and nobody will be considering their politics. There will be a huge difference between the political wars fought abroad by the US against militias, than there will be here.

Of course. This is axiomatic. But you are doing a simple linear projection forward of the current situation.
Put yourself in a Boston coffehouse in 1740. Imagine someone is arguing that we, the colonists, should rise against the crown and declare independence, fighting a war if necessary to do so. I’ll bet that this person would have been shunned, or maybe even arrested and tried for sedition.

It took events – the Townsend Acts, the Coercive Acts, the Boston Tea Party, the Boston Massacre … to change people’s normal attitude towards the forces of law and order. (And even then, many colonists did not go along with the radicals.)

No one knows the future, but we can see certain trends – one of them is the US losing its top-dog status in the world. Another is the continued influx from nearly-Open Borders, to be resumed when the Democrats take over. Elizabeth Warren calls the shooting of Michael Brown “murder” – I would not want to be in Law Enforcement with President Warren setting the mood. Democrats will want to enforce ‘reparations’ – unemployed white coal miners will get to send money to Black millionaires. Young children will be canvassed to see if they would like to change gender. Christian bakers will go to prison for not baking cakes for homosexual weddings. AntiFa will be emboldened, and so will their on-campus reflections … conservative professors had better take early retirement.

The country will continue to polarize.

So … who knows what’s coming? Even if I were a liberal, I’d buy my AR15 and a dozen magazines and two thousand rounds of ammunition now.

No one knows the future, but we can see certain trends – one of them is the US losing its top-dog status in the world.

This has been my persistent argument for 30 years. You know it’s sinking in when you start seeing more and more people speaking matter of fact about it.

As to the borders, they’ve been porous since it’s creation in 1848. It’s a completely false notion that they are open during democratic administrations and closed during republican administrations.

As to all the social evolution you’re complaining about, your grand parents complained much the same looking at your parents and the world they were growing up in and your parents did the same, and that goes on generation after generation. Nothing is as certain as change. Humans are creatures of habit and change is often disruptive. But you should get use to it by now.

So … who knows what’s coming? Even if I were a liberal, I’d buy my AR15 and a dozen magazines and two thousand rounds of ammunition now.

I remember as a kid in the 60’s my uncles setting around having those kind of conversations about arming up for the coming…whatever. They’re all gone now, don’t know what happened to their guns and ammo and storage food.

Yes, some people had the same worries in the 60s … but we got out of Vietnam, and it all cooled down. You ought to see if you can find their guns …but I wouldn’t eat the food.

Many people who have written about social change have noted that society is changing so fast nowadays – as compared to most of human history, when one century was much like another – that it’s deeply unsettling, and gives rise to some people making apocalyptic predictions. (And not just the religious sects where are always seeing us as living in the End Times.)

So who knows? You just have to study history, and assess the present, and try to make your best guess. My best guess is that there is a high probability of serious social dislocation, mainly due to the rapid political evolution of the Left (and its growing strength), tied to the military decline – relative to its adversaries – of the US.

I’m not the only person who thinks this. I’ve been reading more and more references to ‘the coming civil war’, etc, not all by completely crazy people. I was especially impressed by that fellow writing in The Atlantic, although he did not go so far as to predict a civil war.

However, if we’re wrong, and everything works out with the USA remaining peacefully united – the conservatives just accepting the triumph of the far Left, going peacefully to their transgender-awareness re-education classes and so on – , what have those who have prepared lost? A couple of thousand dollars tied up in an nice AR15 and accessories, maybe some of their time if they’ve joined a militia group near them. Anyone who enlists in the National Guard will have probably benefitted from the experience. So in terms of a cost-benefit analysis, for conservatives anyway, it looks like a reasonable thing to do.