Well I didn’t see this coming and to be honest the arguments being made on behalf of women are valid based on the constitutionality of it. The other part is the traditional view that what constitutes nudity is different between men and women, therefore women exposing their breasts in public is considered against current laws. How about you? What are your views on this issue? 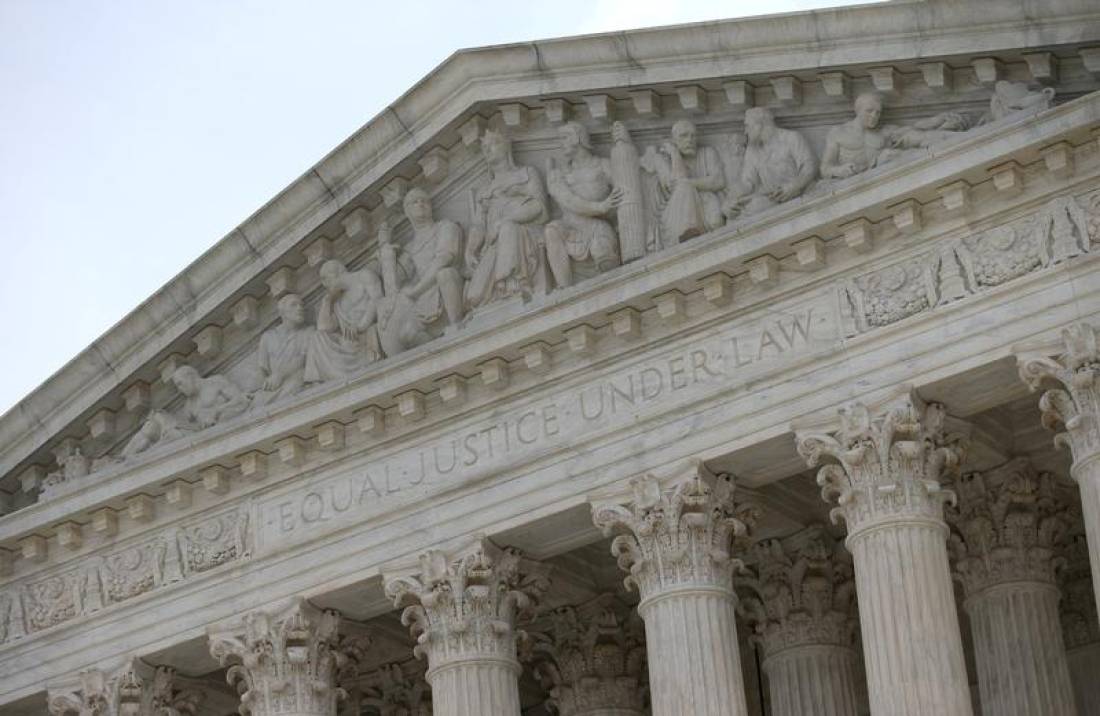 A bit too confusing for the left branch , women’s lib vs equal treatment , what a evil web we weave ….

refusing to hear an appeal by three women

Kind of a misleading headline isn’t it.

Yeah? How so? It was headline that was in other publications as well.

Don’t worry though, they’ve agreed to hear cases from illegal immigrants who committed identity theft worried about being deported:

I’m so sick of these assholes. Many of their refusals to make a decision, leaving lower court rulings intact, are worse than their actual decisions. When we pay them, individually, $250,000 a year to overrule the president, congress, and all state and local executives and legislators, then no, they should not get a say in which cases they would prefer to hear.

The judiciary apologists will whine that taking away their ability to choose to hear certain cases would clog the court system, but the obvious solution is to repeal the 14th amendment and let most of these cases go back to the 50 State Supreme Courts. As the article noted, the titty case in NH would have never had grounds to appeal to the US Supreme Court had it not been for the 14th.

Among the legal arguments made by the women is that any law that punishes women for exposing their breasts while allowing men to go shirtless violates the Constitution’s 14th Amendment, which requires that laws be applied equally to everyone.

I reserve my decision on the Titties v. Badgecucks case until I see ample evidence of the nipples in question.

I reserve my decision on the Titties v. Badgecucks case until I see ample evidence of the nipples in question.

It’s always the ugly ones that show their titties. The old and infirm, bad meat, suntanned flapjacks with varicose veins. Worse still, that which the good lord intended to be covered with hair is out there flapping in the wind.

Burlesque? Minus fake tits, that’s the females too unattractive to be strippers…

Well by your standards they did the right thing by refusing this case based on level of importance? Did you ever wonder how many cases that the SCOTUS has to vett through, such as the level of frivolous absurd cases filed that they turn down to hear? Good news is Trump is filling and replacing lower level courts with Judicial appointments at an unprecedented rate more than anytime in recent history.

Refusing to hear an appeal.

The SCOTUS has a limited number of cases a year (usually less than 100) and tends to select cases that actually have implications.

Three New Hampshire women are asking the U.S. Supreme Court to declare that a city ordinance banning women from appearing topless in public.

Exactly why is this so important?

The headline could be read the SCOTUS heard the case and disagreed with the appellate court when they simply didn’t chose to hear the case.

Three New Hampshire women are asking the U.S. Supreme Court to declare that a city ordinance banning women from appearing topless in public.

They were exercising their right on the appeals process that led up to the SCOTUS based on constitutional rights. Whether you agree or not, that is how the system is suppose to work.

Interesting as there are 4 liberal judges on the court and obviously at least 1 agree it isn’t that important.

I never said anything about it, you did, I am merely responding to your original statement. I am not exactly sure what it is that you are trying to argue here.