US Customs Seizes Thousands of Counterfeit Driver's Licenses From China

U.S. custom officials seized fake driver’s licenses of which were sent from China.

The IDs were for various states, including Florida, Michigan, Illinois. Missouri, New Jersey, Ohio, and a few other coastal states. 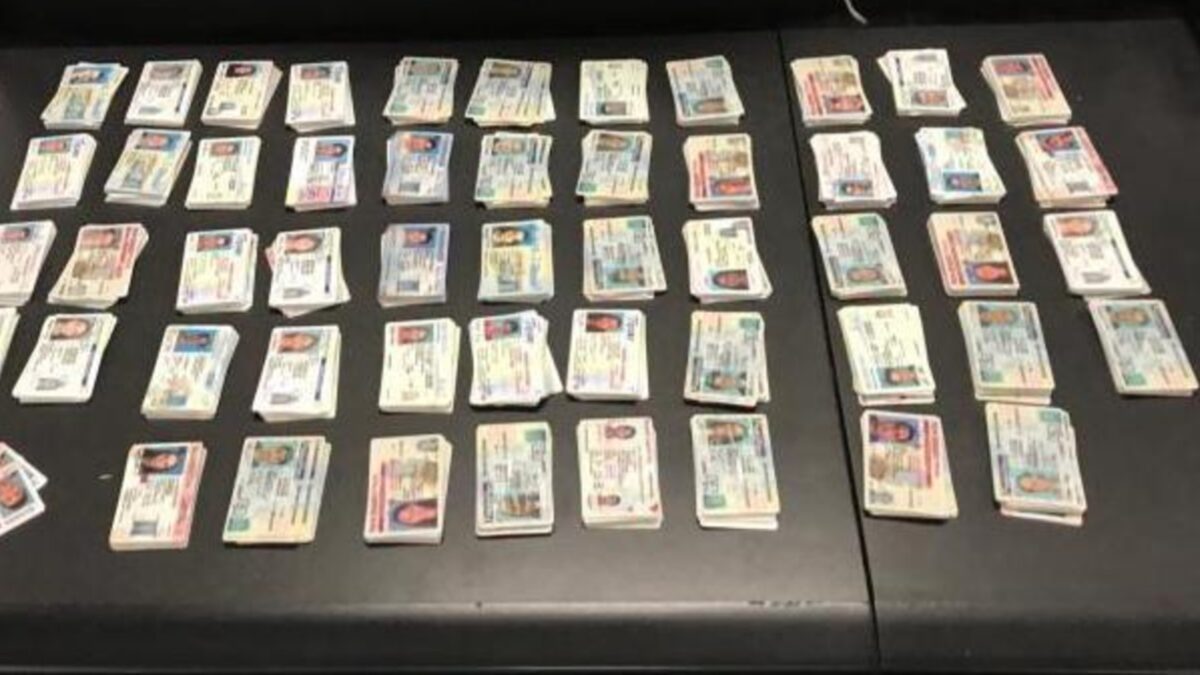 US Customs Seizes Thousands of Fake IDs From China

They should check to see how many of the names on these phony driver’s licenses are tied to voter registrations. The Chinese want Trump out of there and want a spineless fellow DNC communist that they can control.

All an officer needs to do is enter the driver license number; but I know there are also variables. An “apparent” valid license is often enough to just issue a quick verbal warning. My suggestion: Public Crucifixion for anyone possessing a fake drivers license. If they can’t drive legally, they probably have a reason; and the odds are, sooner or later, an innocent person will suffer. Below are a few ( I wish it were only a few ) examples. Victims of Illegal Aliens Memorial - OJJPAC.org

They can us these to rent apartments, open bank accounts, travel domestically on aircraft, etc. I hope the next move is linking all of these IDs to the people who paid for them…then deporting them back to China where they belong.