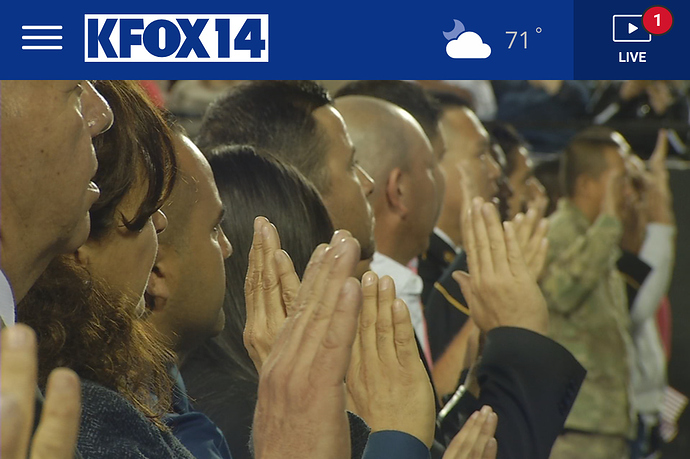 We should demand that US Citizenship and Immigration Services stop processing all citizenship applications and tests until after 2020.

Roberto Urena migrated to the United States 31 years ago from Jalisco, Mexico. He tells KFOX14 he wants to become a citizen for many reasons, but the one that is the most important, is his right to vote.

“All my family is U.S. citizens and they all told me to become a citizen too, so I can be able to vote,” said Urena.

According to numbers released by the U.S. Citizenship and Immigration Website, a total of 163,000 people were naturalized during 2018 and Urena is hoping he’ll be next.

“This country gave me the opportunity to work and to have a better life,” said Urena.

This is a 55% increase from the year before and immigration attorney Iliana Holguin says it’s probably for one reason.

“I think that now they’re really seeing the importance of having a voice in our democracy by being able to vote. Especially with all the negative rhetoric that’s being said about immigrants and immigrant communities,” said Holguin.

She says a lot of the time people can’t even afford the fee to acquire citizenship, which is why this increase is a big deal.

“The $725 fee a lot of times is the reason that people have not submitted their application, even though they’ve been eligible to do so for potentially many years,” said Holguin.

Holguin is Urena’s attorney and has been guiding him through the process. He is in the final stretch as he prepares to take his citizenship exam and his daughter says he’s been studying endlessly.

Urena said he’s ready to have a voice in the community, after the many years he felt voiceless.

“You know I’ve been here most of my life so I want to be able to vote and have the same rights as all citizens,” said Urena.

In order for him to become a citizen, he’s had to go through a variety of steps.

Holguin said we should expect the spike in people applying to become citizens to continue to rise with the presidential election around the corner.

“I would imagine that early 2020, we’re going to keep seeing large numbers of people applying and trying to naturalize in order to be able to vote in the November 2020 election,” said Holguin.

In 2 months, Urena will take his citizenship exam, but until then, he’ll continue studying and using his green card to be able to work in the states. 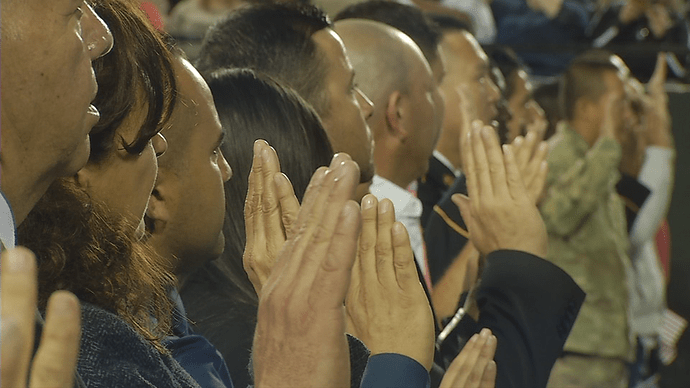 Roberto Urena migrated to the United States 31 years ago from Jalisco, Mexico. He tells KFOX14 he wants to become a citizen for many reasons, but the one that is the most important, is his right to vote. “All my family is U. S. citizens and they all...