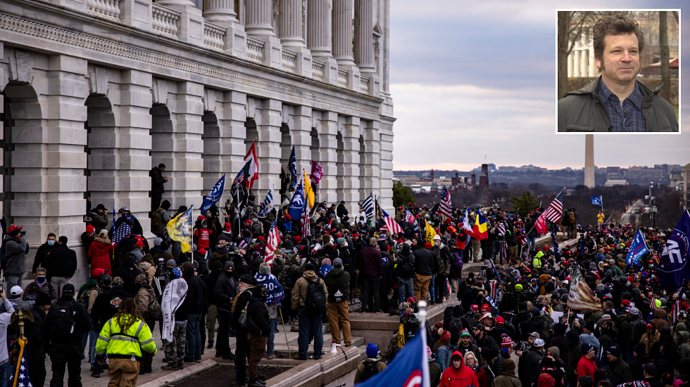 A Californian man seeking asylum in Belarus after American prosecutors charged him with storming the US Capitol building earlier this year has told RT he wishes he hadn’t been among those at the front of the crowd.

How can one trespass a public building we pay for? Lol

Hmmm interesting. So he claims innocence but flees to Ukraine and Belarus……

More Liberal Commifornians should join him including Governor Newsom!!!

Not EVERYBODY in California is a liberal….

… and not EVERYBODY in Texas is Conservative. What’s your point?

Foreigners enter the USA by the millions and ? Besides the "pro-Trump " was really a demoRAT paid MOB !!! The photos show the same mob of BLM morons along with those ANTIFA ■■■■ so I say it was an anti- Trump mob !

Perhaps he’s seen the current state of justice from the laughable justice department and the politics of a witch hunt.

There were no pro-Trump riots. That is a LIE.
Trump people work jobs. We don’t have time to riot. We just pay the bills for the left wing assholes who do riot.
There was no riot at the Capitol. Nobody was killed and no property was destroyed.
There WERE riots in blue states and very few arrests, even though a lot of innocent people were MURDERED.

@jbob, the Trumpers who attacked the capital and American democracy on January 6th have been successfully prosecuted and there are many more to be prosecuted as well….

When are the Summer of Love thugs going to be prosecuted?