US Border Wall Blows Over in High Winds 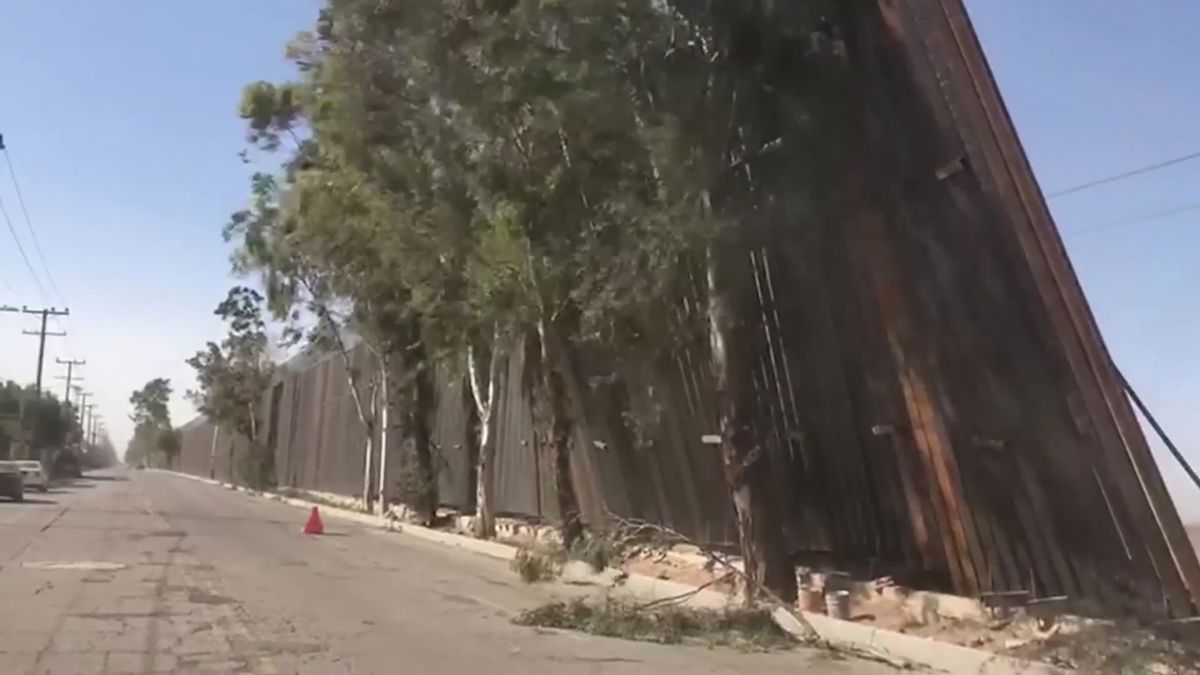 A section of Donald Trump’s much-vaunted border wall between the United States and Mexico has blown over in high winds, US border patrol officers have been reported as saying.

The steel panels, more than nine metres (30ft) high, began to lean at a sharp angle on the border between the Californian town of Calexico and Mexicali in Mexico amid gusts on Wednesday.

The section of wall was under construction at the time, with concrete anchors being put in place. But the strong winds blew the panels over onto the Mexican side of the border before the concrete had cured, according to reports.

“Luckily, Mexican authorities responded quickly and were able to divert traffic from the nearby street,” said border patrol agent Carlos Pitones, according to the LA Times.

The panels were being retrieved from the Mexican side and re-erected, Pitones said.

The section of the wall is part of a wider construction effort by the Trump administration to enhance the more than 3,000km-long (1,954 miles) border barrier with Mexico.

Building a new wall was a major part of Trump’s 2016 presidential campaign and he has threatened to call a national emergency to obtain the $5.7bn in federal funds he claims is needed to build his “beautiful” wall.

But he has backtracked on the scale of his ambitions to build a concrete wall, instead focusing on building a barrier where there is currently nothing on the border.

Earlier this month Trump said: “The barrier or the wall can be of steel instead of concrete if that works better.”

The concrete footings had recently been poured and hadn’t firmed up yet. That’s the only reason it blew over. It was an unexpected burst of high wind.

With that being said I would have rather the whole thing been made of concrete to begin with. Thank the Democrats for that not being the case.

The absolute finest diversity engineering our multicultural utopia can buy.

Legal monitored ports - points of entry. Cross anywhere else & you will be shot on sight. I guarantee word would spread like wildfire. So all that would be needed is a 12 foot fence with signs stating what to expect. 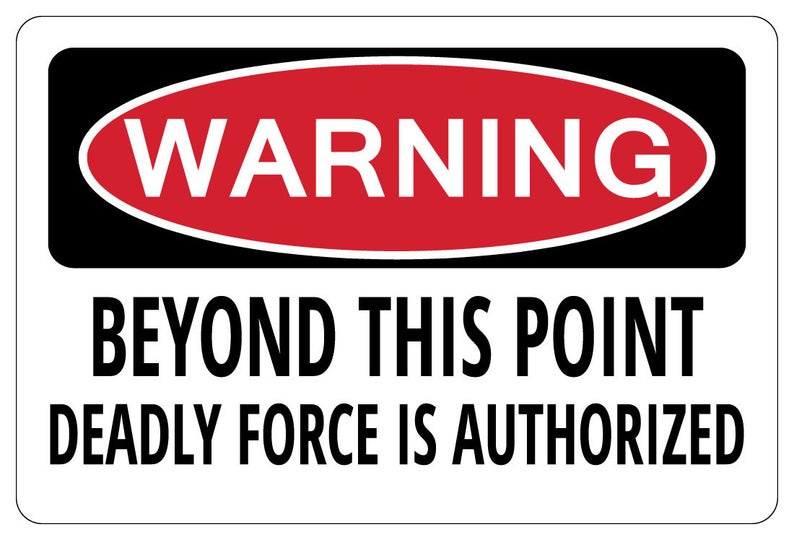 The concrete footings had recently been poured and hadn’t firmed up yet. That’s the only reason it blew over. It was an unexpected burst of high wind.

Lmao. Footings are not suppose to be built upon green.

My idea is much simpler; and infinitely less expensive. And it would work. I would call it an Elegant Solution. All about simplicity.

But that’s never going to happen…

Probably not; but this will continue nonstop until radical steps are taken,1. ## Victims of Illegal Aliens Memorial - OJJPAC.org

Better that legal citizens die at the hands of illegals, than to take every step available to keep these illegals out of our country.

And this is news why? Oh that’s right… because its Trump’s fault.

This was a section under construction. The footings hadn’t even been poured yet. 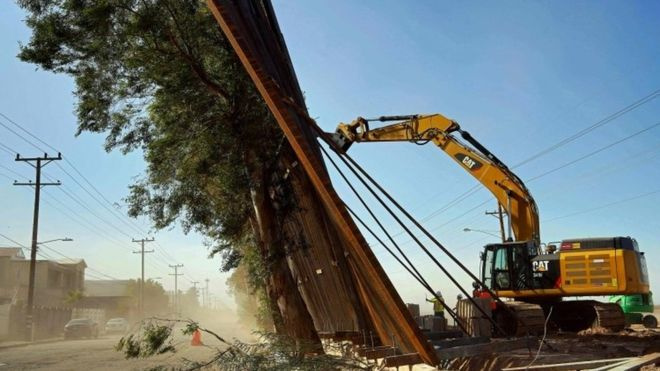 Look closely at the bottom of the photo.

They put these sections up and then pour the foundations. 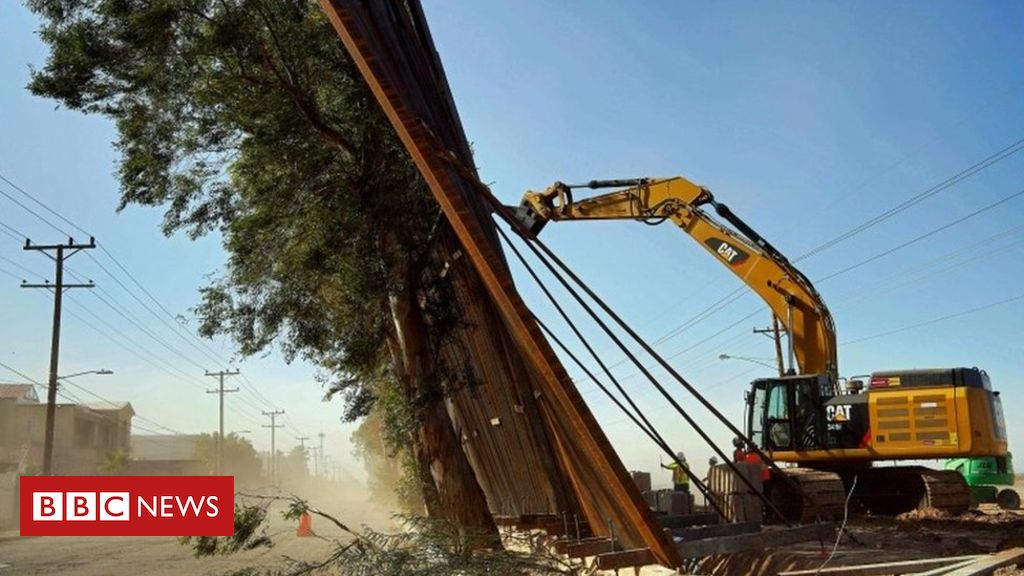 The fence is part of the US president's attempt to improve the barrier along the US-Mexico border.

Not a big deal at all, and repaired within hours.

This country is so screwed. We can’t even replace miles of Obama’s fence without fucking it up and yet the ass-backwards Saudi’s can actually build and sustain a competent border fence. 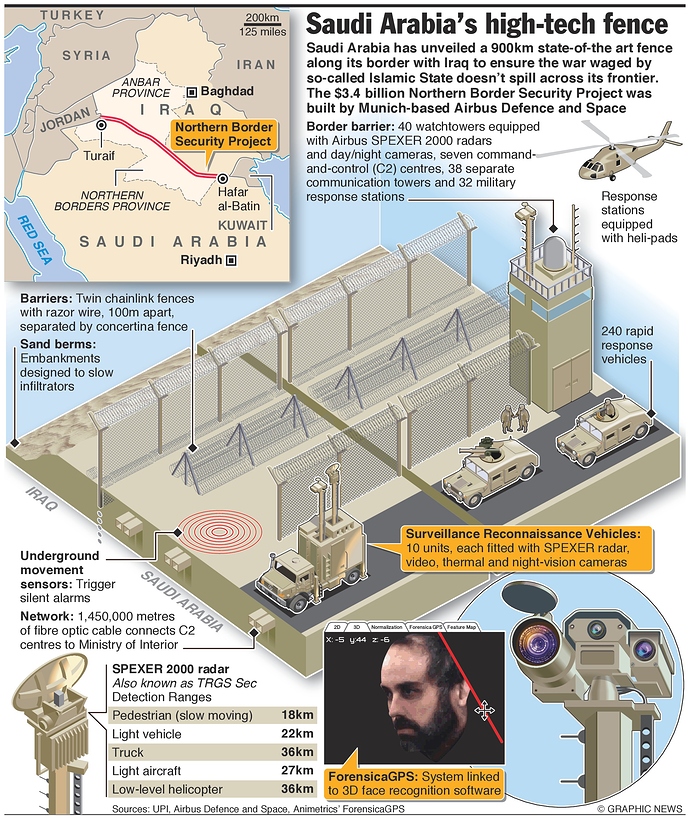 We are replacing it and doing it right. What is your issue with the current form that’s being erected?