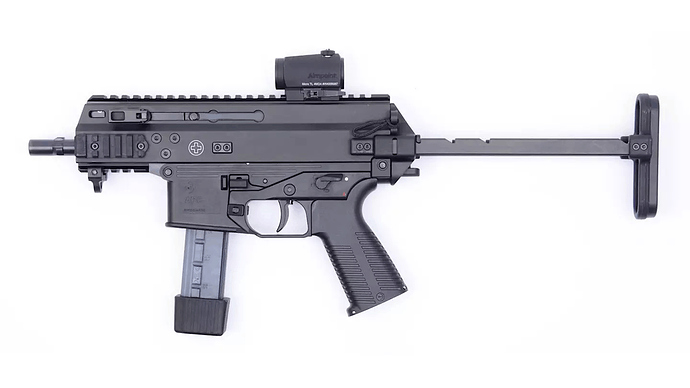 The American subsidiary of Swiss gunmaker B&T has won a multi-million-dollar contract to supply the U.S. Army with a variant of its 9mm APC9 submachine gun. For almost a year, the service has been evaluating a number of proposed weapons as part of an effort to give personal security details added firepower.

The Army quietly announced that it had awarded B&T USA the deal, worth more than $2.5 million, on the U.S. government’s main contracting website FedBizOpps on Mar. 29, 2019, but did not specify which weapon specifically it was buying. A trusted source familiar with the contract confirmed the gun in question was a version of the APC9 PRO series, but could not say which model specifically. The Army now expects to purchase at least 350 of what it officially calls the Sub Compact Weapon, or SCW, with additional options to buy up to 1,000 of the guns in total. The order also includes unspecified accessories, spare parts, and services.

The Army initially kicked off the SCW competition in May 2018, before canceling the project and quickly rebooting it in a revised form two months later. Along with B&T USA, its Swiss-headquartered parent company had also entered the SCW competition itself in partnership with Trident Rifles. The Army passed on that bid, along with other offers from Angstadt Arms, Global Ordnance, Shield Arms, and Sig Sauer all of which submitted entries, as well.

Reports in 2018 had indicated that B&T, through Trident Rifles, had initially offered a variant of the company’s MP9 machine pistol. However, this gun has a side-folding stock, which would have disqualified it under the Army’s revised requirements.

Though we don’t know the exact configuration of the guns the Army is now buying, the APC9 PRO family of guns already includes a variant, the APC9 PRO K, that meets a number of the Army’s requirements, such as a barrel shorter than five and a half inches, a weight under seven pounds, and a stock that retracts and extends rather than folds to the side. B&T presently offers this gun with only a semi-automatic fire option, while any Army version would have a fully automatic mode. 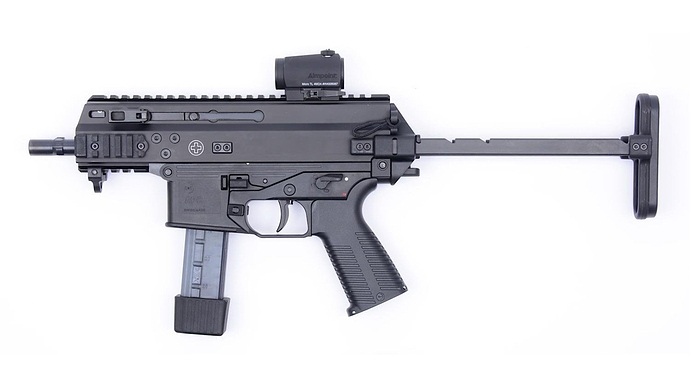 This Is The Army's New Submachine Gun

The service is buying hundreds of these weapons to arm personal security details guarding VIPs in high-risk environments.

Why are they designing weapons that look like they are for Chelsea…is this a euro thing or what? Bring back the Thompson!!!# a real soldier’s weapon…

I was never in the Army and I’m not a veteran so forgive my ignorance but it said in the article that this gun was designed for the Army to provide VIP protection services for US and foreign dignitaries.

I don’t know…but to me that seems kind of messed up. Why are American soldiers providing VIP security services for anyone?

don’t know…but to me that seems kind of messed up. Why are American soldiers providing VIP security services for anyone?

Senior officers like to collect the ribbons, but getting shot at? Not so much! They are PSD’s. Protective Service Details.

Because we have to escort a lot of them around our bases and operations and we can’t trust their security people in many cases.

Mostly these will be issued to the protective details for our own senior officers and for some special ops missions.

Yeah, I read this. The weapon pictured will end up with several modifications including a shorter barrel that sounds like it is almost flush with the reciever/handguard. That one took me aback. Sounds like a good way to shoot a finger off.