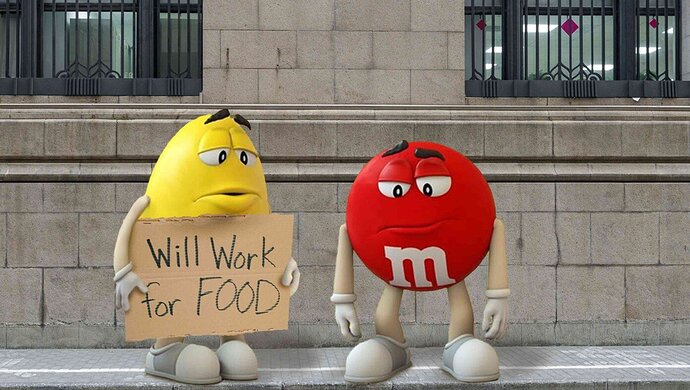 U.S. — The Biden administration is facing pressure from labor activists following a report by the Labor Department that record-high unemployment has hit the talking candies sector. Many are saying this is due to Mars, Inc. firing their M&M’s spokescandies and hiring Maya Rudolph instead.

President Biden said in a statement, “The facts are clear, folks. Talking candies have hit a rough patch, but we expect them to rebound quickly. Lost jobs is a sign that our economy is moving in the right direction and that more jobs will materialize somehow.”

“End of fabricated statement, walk off stage,” he added.

Experts warn that unless Mars, Inc. changes course, once beloved M&M’s will find themselves homeless.

“I am literally a giant M&M,” said Red. “What else am I supposed to do? Unemployment doesn’t last forever. Green is already out on the street turning tricks.”

According to sources, Yellow passed away shortly after losing his job and attempting to eat himself. He was 30.