Remember the ‘Silent Sam’ statue at University of North Carolina which got attacked and wrecked by Duane Dixon and his Antifa and racist black power goons? Well, UNC is coughing up over this!

Silent Sam, the Confederate statue that stood on UNC-Chapel Hill’s campus before it was torn down by protesters in 2018, is now in the hands of the Sons of Confederate Veterans.

And the organization will have access to up to $2.5 million to transport and preserve the monument through a charitable trust set up by the UNC System. The allowed expenses could also include a facility to house and display the monument. The money is coming from accruing interest from the UNC System’s endowment that’s built through donations, not tax-payer money.

The agreement came when a judge entered a consent judgment Wednesday in a lawsuit filed by the North Carolina Division Sons of Confederate Veterans, Inc. against the UNC System and the UNC Board of Governors over the monument’s placement. 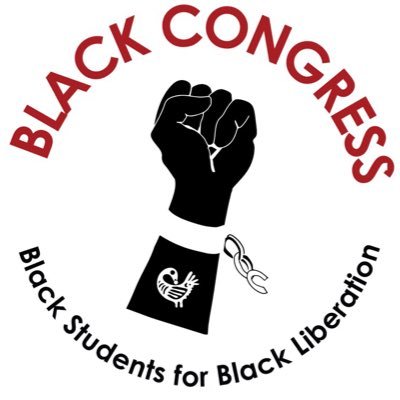 UNC has announced they’ve decided to give Silent Sam to confederate veterans and dedicate $2.5 million to protecting and preserving it in another location that’ll harm another community. google.com/amp/s/amp.char…

Interim Chancellor says the issue has now been “resolved.” Yet students are still facing legal penalization for standing up against white supremacy and the institution has still failed to ever fully interrogate their complicity with white supremacy on this campus.

It is not up to @KevinGuskiewicz or UNC admin to determine when issues around Silent Sam are “resolved.” That is up to the countless student and community members whose lives have been seriously wounded by the statue. Whose voices have been consistently spoken over and silenced.

They’ve even set up a fund to give money to hateful law-breaking destructive black racists:

The Fund provides support for activists, particularly those facing criminal charges, in the struggle against white supremacy in Chapel Hill and surrounding areas.

How does a lifeless metal statue “seriously wound” and “injure” and “harm” either students or the community in general?

Sticks and stones may break your bones but lifeless statues will never actually hurt you, dawg!

If they are so worried about harm coming to “other communities” they should probably start with the fact that 13% of the population commits 52% of the violent crimes.

Historic statues aren’t getting up and killing people. Blacks are doing that.

Imagine subjecting these poor fragile creatures to the possibility of facing legal consequences for their vandalism and violent attacks on anyone daring to disagree with them.

The only thing these knuckledraggers really understand is physical FORCE.

I would imagine that we could threaten them with all sorts of legal penalties but these threats being that they are all on the level of abstraction would probably not phase most of these people in the least. Only the threat of the possibility of physical force might cause them to pause and give a second-thought to the line of “activism” they are now pursuing.

And this is something we are going to have to consider more and more as the right gradually becomes more successful and gets more “popular”. Those in control and all their pets are not going to just leave power peacefully. There will be some sort of physical engagement at some point I imagine- not because those on the right want to provoke it but because those on the left do, and hopefully when this happens, those on the right will be smart enough at that time to not allow the media to co-opt and manipulate the narrative to put those who must stand-up and appropriately defend themselves in a negative light.

Scrolled through Twitter. Nothing but bots whining about white supremacy and slaves. They are so pissed over this. Good.