This is what a completely cucked country looks like. This is what happens when people who want to silence freedom of speech get their way.

The man who protested was never asked if he wanted his country turned into a third world shithole. He’s legally not allowed to complain about it either.

Police are searching for a man who told a passenger to “get back to your own country” during a racist tirade on a train.

Officers from British Transport Police said the man racially abused another man who was travelling with his young daughter, as well as a third man on the train.

“He is reported to have used racially charged swearing and said ‘get back to your own country’, the force said. It is being treated as a hate crime.

The aggressor’s repeated abuse aboard the 1.24pm service from Edinburgh Waverley to Galashiels, on Thursday 11 July, led to “a scuffle” with the victim but no injuries were reported.

The US president told the women they should “go back” to “the totally broken and crime infested places from which they came”.

Authorities have now been urged to step up protections for Ilhan Omar, Alexandria Ocasio-Cortez, Ayanna Pressley and Rashida Tlaib.

BTP added in a statement: “The suspect] is described as white, of medium build, with short dark brown hair. He was unshaven and wearing a t-shirt, an over-sized blue hoodie with a zip, and dark trousers and trainers.

“Officers would like to speak to anyone who witnessed the offence. They would especially like to obtain the witness account of the second man who was racially abused.” 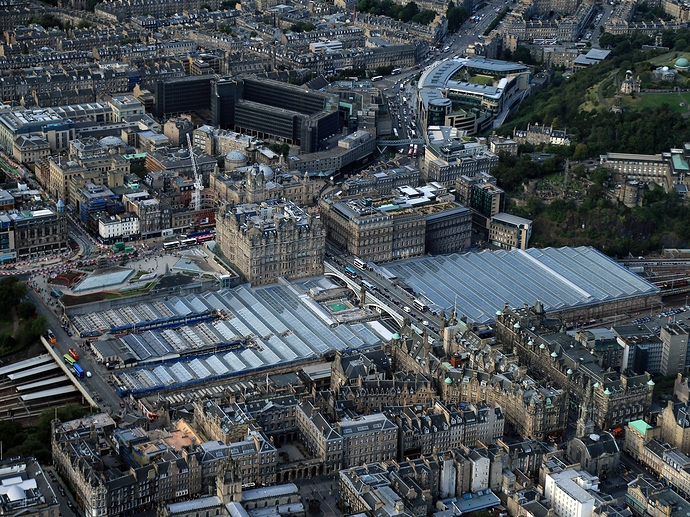 Something tells me that people in the UK are beginning to care less and less about incidents like this.

The US president told the women they should “go back” to “the totally broken and crime infested places from which they came”.

Now in the case of the three anti-American witches who were born in in the USA that would mean their crime infested districts, do some freaking work there and don’t sit on your butts in Congress tearing down the country & the duly elected President and as far as the hijab wearing witch Omar her crime infested “place” is Somalia.

Someone shouting something at someone else is global news now?

This is nothing but a pathetic attempt to blame the individual actions of someone else in an entirely different country than the United States on Donald Trump. This is how desperate they are. They will find anything wrong anywhere in the world and somehow link it to something that Donald Trump said or did at some point in his 70+ years on Earth.

This country has gone insane with liberalism, mostly female-driven. Actually so has yours (America), and it’s going to bring about our self-destruction. The following is the gist of an email I’ve just sent to 2 friends:

Yet another day when the English Channel is as calm as a millpond - fuck knows how many ‘asylum seekers’ have made landfall here in the last 3 or 4 weeks, eh chums? The surrealism is that they make it half-way across - the point of no return - in dinghies kindly supplied by the French government (they’re not fools - ‘have a problem, get rid of it to the stupid Rosbifs’) then make a phone call, the cost of which will later be reimbursed by the Home Office when they’ve settled in LOL, and the next thing they know is a Royal Navy cutter speeds to the scene, picks them up, wraps them in tinfoil lest they succumb to the elements, and delivers them safely to Dover. For fuck sake - you couldn’t make it up!

We’ve been so dumbed down at the behest of central government by the popular tv channels (especially the BBC) that we only care about sport, mindless reality shows, and ‘space-the-universe-and-all-that’ crap until nothing else matters. In other words we’re well and truly screwed as a society.

Exactly, plain and simple! I honestly cannot understand the hysterical accusations of ‘racist’ being made against the POTUS by the empty-vessels-make-the-most-noise, useful idiot liberals.