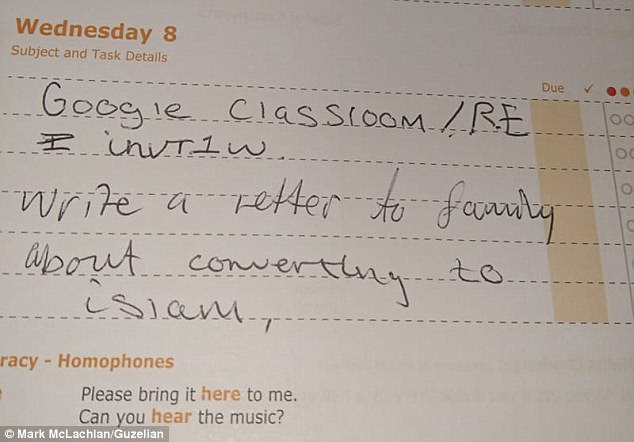 A stepfather in England protested when he saw that one of the stepdaughter’s homework was about writing a letter about a somewhat unusual topic: conversion to Islam.

Mark McLachlan, a stepfather of a 12-year-old girl, found that a lesson given to his stepdaughter was about writing a letter “to her family about her conversion to Islam”. He has since made his complaint to the school daughter Kepier School in Houghton-le-Spring, located in northeastern England. He has also written about the event on social media.

Since then, McLachlan has received threats and violations, been called “racist and narrow-minded”, but according to himself, he is only concerned about his children and the country’s development.

“My stepdaughter comes home and talks about the Prophet Muhammad and Halal meat and says that Islam is the religion of peace,” McLachlan says.

The school’s principal, Nicola Cooper, however, believes that the school teaches about all religions for the students and that they also celebrate all religions during the so-called National Inter Faith Week . 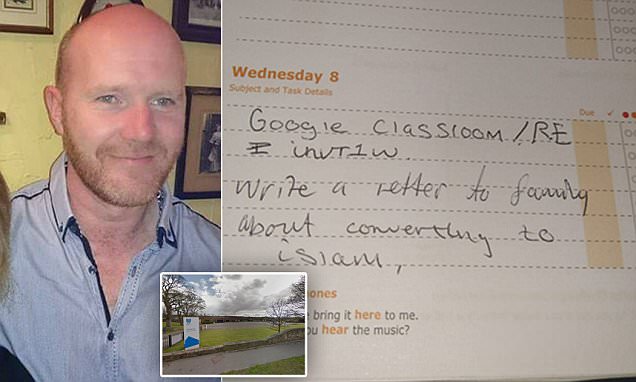 Stepfather Mark McLachlan from Sunderland who slammed his 12-year-old's school for making her write a letter about 'converting to Islam' has been called a 'racist and a bigot'.

That would give a more complete picture in theory, although I am sure Google has already buried or skewed any results that would be of value when trying to counter the leftist obsession with the Islamic cult of death.

I would pull my child out of school immediately and either figure out a homeschool option or a private Christian school arrangement. Even if I had to pick up an extra job - whatever it takes to protect them from this indoctrination.

Right! That’s one way to play the game. Even put in the verses from the Quran that say they can do so. At the end of the letter declare a fatwa against the infidels.

And if his teacher was a woman, why she should get her ass in a bhurka and get home to cook her man a meal before someone sees her ankles and is forced to rape her, running around like a slut without her male relatives escorting her.

Oy vey , they have disarmed these poor chaps and now this …

“I converted because my dad owns a quarry and we think it will be good for business if more people are radical muslims.”

I’m sure schools in Saudi Arabia have similar homework, writing about converting to Christianity.

UK families need to unite, pull their kids out of school, form homeschool groups and teach about the history of Jihad. And why the Crusades came about.

The Brits need to reach down, find their balls, and start kicking Muslims out of their country…and we should too.

At least we should throw out the radical Imams and others who promote death to infidels.

Actually, I’d rather we just killed them. It makes little sense to me to not kill someone who is sworn to kill me. It makes even less sense to invite the bastards to live next door.

Someone needs to tell these jackasses that Muslim is not a race.

…and that Islam is an intolerant theocracy…not a religion.