The Naval Update Map shows the approximate current locations of U.S. Carrier Strike Groups (CSGs) and Amphibious Ready Groups (ARGs), based on available open-source information. No classified or operationally sensitive information is included in this weekly update. CSGs and ARGs are the keys to U.S. dominance over the world’s oceans. A CSG is centered on an aircraft carrier, which projects U.S. naval and air power and supports a Carrier Air Wing (CVW). The CSG also includes significant offensive strike capability. An ARG is centered on three amphibious warfare ships, with a Marine Expeditionary Unit (MEU) embarked. An MEU, in turn, is built around a heavily reinforced and mobile battalion of Marines. 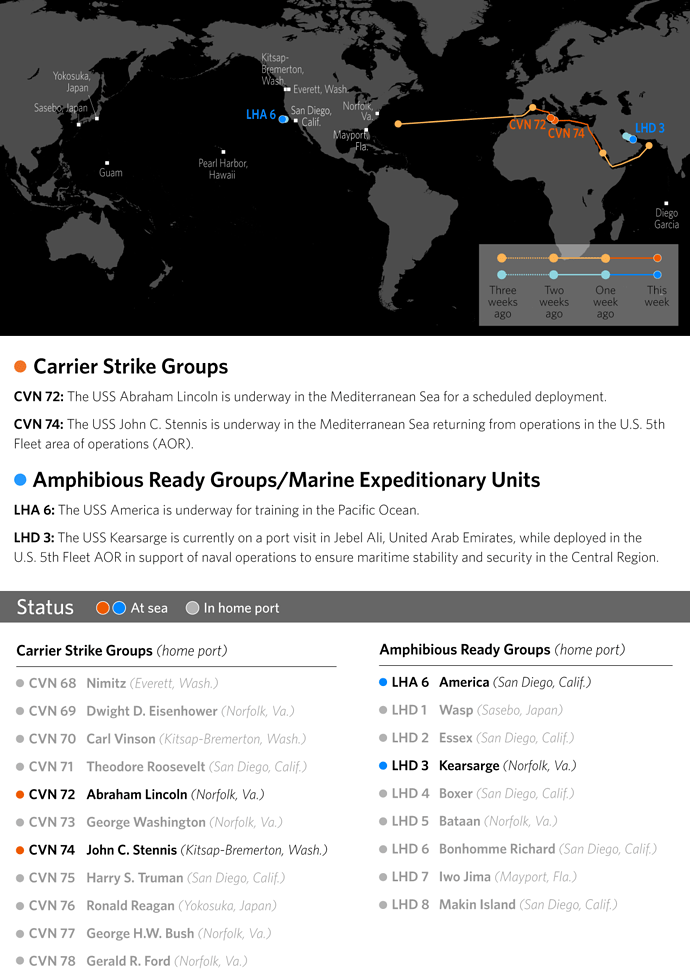 Thanks for the update shipmate!