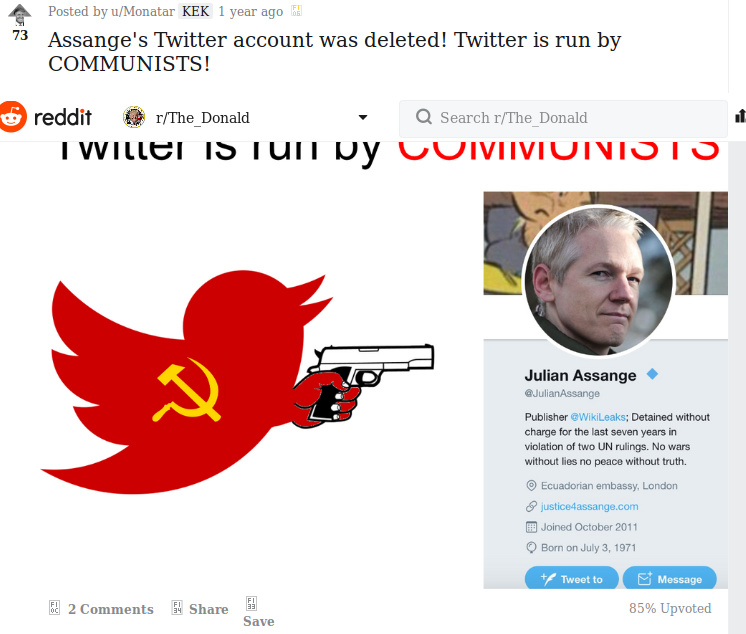 Not satisfied with silencing Trump supporters because it was Her Turn, Twitter last week banned hundreds, and by some reports thousands of Chinese dissidents from the platform - three days before the 30th anniversary of the Tiananmen Square massacre.

It hit human rights lawyers, activists, college students and nationalists, who use workarounds to get access to Twitter, which is banned in China. Just about every part of the raucous, if small, Chinese language Twitter world was affected.

The accounts began rapidly disappearing just days before the 30th anniversary of the crackdown on a student-led pro-democracy demonstration in Tiananmen Square in Beijing. Many online assumed the worst: a coordinated attack by Beijing to project its suffocating internet censorship outside its own digital borders. -New York Times

Put another way, the San Francisco-based, very liberal Twitter stripped a small minority of mostly powerless Chinese people of the ability to criticize their monolithic, human rights-violating government - on the anniversary of said government murdering hundreds, if not thousands of dissidents.

Twitter said in a statement that they had ‘inadvertently gone after a number of legitimate Chinese-language accounts’ as part of routine efforts to stop spam and inauthentic behavior.

Of note, Chinese censors blocked access to Twitter in 2009, two days before the 20th anniversary of the crackdown. And given the social media giant’s documented record of censoring large groups of people for political purposes, people aren’t buying Twitter’s explanation.

One human rights lawyer, whose account had been taken down, said that in protest he tweeted an image of Twitter’s bird mascot colored red with five yellow stars to evoke the Chinese flag.

The routine action set off real fears. In China, the June 4 anniversary of Tiananmen brings an extra dose of censorship to one of the world’s most controlled corners of the internet. Tools that help users jump the Great Firewall to get access to the broader online world often sputter inexplicably.

Within China, Twitter users have faced escalating pressures. At the end of 2018, China’s Ministry of Public Security began to target Chinese Twitter users. Although Twitter is blocked, many use virtual-private network software that enables access.

In a campaign carried out across the country and coordinated by a division known as the internet police, local officers detained Twitter users and forced them to delete their tweets, which often included years of online discussion, and then the accounts themselves. The campaign is continuing, according to human rights groups. 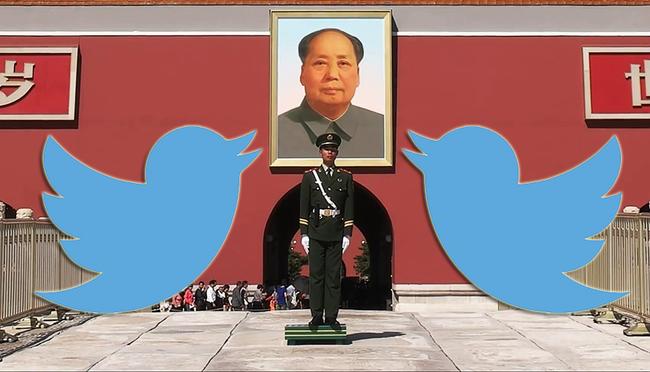 Most of the accounts on Twitter are fake or are bots. There are some devout leftists on the platform but it seems more like a wasteland of wandering leftist looking for their sheltered pals at Twitter to protect them from every little offense.

They need to keep their shareholders happy. Now we know that China has controlling interest with Twitter.

That’s Twitter’s job right alongside Apple. They agreed to do China’s bidding.