Things that make you say “hmmm” 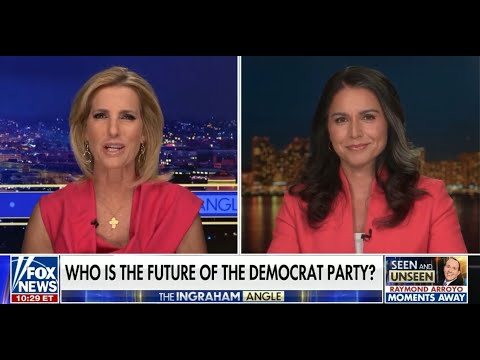 Interesting question: who is the future of the Democrat party?

Kamala Harris is the obvious one: she’s a phony, a striver and an incoherent chaos of conceits. An almost perfect distillation of the Democrats right now. Her problem is that she’s a little too perfect, and the Dems don’t like what they see in the mirror. The machine is probably working overtime to get her to blur the mirror.

If she can’t do it, and I make the odds less than 50:50 that she can, then it will need to be a consensus choice black woman, the only option if they throw Kamala overboard. If I had to bet, and I got decent odds, I’d put a few bucks on Michelle Obama.

Michael Obama? That is a joke right? There are plenty of other and better options that are miles more coherent then resorting to reaching into the Obama dustbin. The name recognition won’t get it done anymore! Maybe Ryan From Ohio, as he seems the only one from the Democratic party who appears on the surface as sensible and speaks with a modicum of resolve in order to bring the party back to the center. All the others are simply bat shit nuts. The old guard like Nancy, Chuckie, Maxine, Lehy and few others are simply too old and will be gone soon. AOC and the squad are trying to make a power play on their own with the direction of Marxist behind the scenes Zack Exely but that is a warring tribe who are going to be assassinated on their own petards. The cycle of the Democratic party is now over, will soon die a glorious death until they regroup again in about 10 to 20 years to make another run with new fresh faces, and thus the cycle continues. It doesn’t matter until the uni party system is broken as both parties are two sides of the same coin! Same thing played out when Nero burned down Rome, cheap inflation, a worthless currency, the sacking of the ruling powers, raping of the coffers, as there is only so much of other people’s money to go around, then the Visigoths came in burnt everything to the ground. Seems like history repeating itself as America awaits the same fate soon enough! By then no one will be thinking in terms of Democrats and Republicans when some will be hanging from lamp posts in a post apocalyptic America! Fun times awaits! That is if we don’t change course really, really soon. Tulsi is just telling it the way it is, and its a seminal moment coming from a former Democratic herself.

Apparently if they are looking at her/he to rescue the party then I say they are hitting rock bottom!

You’re looking at the Dems as if they’re rational and make rational decisions. Mayor Pete might be plausible if he transitions to a woman, but changing his race would be more difficult. Maybe Oprah, too, but I suspect that she’s too rich and comfortable to do it.

You’re looking at the Dems as if they’re rational and make rational decisions.

No I really am not! I am being factious in a tongue and cheek way.

Now Oprah is an interesting option for the Democrats, as she was years ago in the same league as Trump, so who knows. As for Mayor Pete Buttplug, not a snowball’s chance in hell, that is of course we still have an election process that addresses the systemic cheating. I just don’t ever see it happening, if it did all hell would break loose worse than it is now as he has been an abysmal failure in his current role how the hell is going to be President when he is mocked at every turn and is basically butt end of jokes these days when he is not breast feeding?

Now Oprah is an interesting option

There isn’t a white women alive or dead that would vote for that fat smelly cunt !!!

Like 3 day old rotting fish! Dam that is smelly!