Tulsi is controlled and will be the DNC candidate 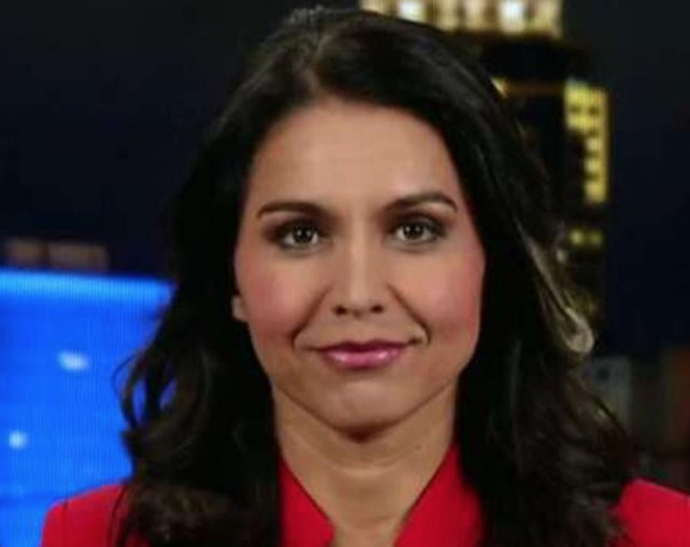 Screencap this. It’s obvious the deep state is trying to steal Trumps thunder

Heres how it will go down. Tulsi is excluded from these debates so she will make a fuss about it. She will ask why Yang is included and not her. The next debate will be a shitshow of bad ideas. She will come out publicly and claim that the DNC is corrupt for not letting her debate. She will say she isn’t “extreme enough” for them or something along those lines. Eventually the truth will be revealed and Tulsi will be the one who uncovered this corruption. This will propel her to the top for the dems and she will also draw some others to her because of this. Do not believe it it is all formulated. This is all a plot so the swamp can salvage some of their supporters. The DNC is a burning ship and they know it. I cannot say how I know this.

Tulsi is the best candidate for the democrats by far. She is the most moderate and she doesn’t have any glaring faults. Booker -> low IQ. Kamala -> Prosecuter. Biden -> Old/Creepy. Berni -> Wacky Socialist. Warren -> Fake Indian. Yang -> Commie. Tulsi has nothing bad in her background. She is a decently attractive woman, so the left already loves her. On top of that, she is a gun grabber so that gets the liberals and the pussy RINOs as well. Also ex-military so she’ll keep us in the middle east, which some low IQ right wingers still support. She is easily the most electable because she is the most moderate candidate of all and thats what the left desperately needs.

Wrong. She will not be the candidate. And she would NOT keep America in the Middle East. If you think that, you haven’t listened to her. Ending gratuitous war in the ME is the foundation of her entire presidential bid platform.

Have you forgotten that politicians will literally say anything to get elected?

DNC is a private, corrupt organization. Whoever they want to win the nomination will probably be the candidate.

Good theory OP but in my view this is nothing but the DNC punishing her for the takedown of Harris at the last debate.

Tulsi is the one who could crush Trump in the general, but they’re more interested in protecting the inner circle. If there was ever a time when you wouldn’t think they’d make that mistake again, it’d be now. But here they go.

Have you forgotten that politicians will literally say anything to get elected?

Thanks for reminding me, Trump did promise to pay off the national debt, run balanced budgets, be too busy to golf, and lock her up…

DNC is a private, corrupt organization.

I agree with that…

That’s not their job for one, but she’s not the darling of the left, and she doesn’t square with America’s permanent war economy so she stands the same chance as Ron Paul did with the republicans for the same reasons…zero.

Btw, Tulsi was right about Harris and she never did defend herself adequately on that debate stage or in any opportunity since.

I could only wish for the first part of the OP to come true. Gabbard has the youth, drive and stamina for the job. What she “lacks” is the insanity of the progs.

Also ex-military so she’ll keep us in the middle east, which some low IQ right wingers still support. She is easily the most electable because she is the most moderate candidate of all and thats what the left desperately needs.

This certainly isn’t correct, she’s still in the active reserves, just returned from two weeks duty in fact and she wants to pull all US troops out of the ME.

I’ll agree with that. Of the entire herd she’s the one I think that has an actual chance to defeat Trump which makes her the most dangerous of all.

Agreed, and she’s no chickenhawk.

Tulsi is a Russian plant?