Rep. Tulsi Gabbard (D-HI) told Breitbart News on Thursday morning that “we do not have a nation if we don’t have borders.”

Gabbard, appearing with Breitbart News’ editor-in-chief Alex Marlow on Breitbart News Daily on Sirius XM Patriot 125, is among the ten Democratic presidential candidates who have qualified for the fifth debate Nov. 20.

She fielded a variety of question from Marlow, including questions about domestic policy, starting with immigration. 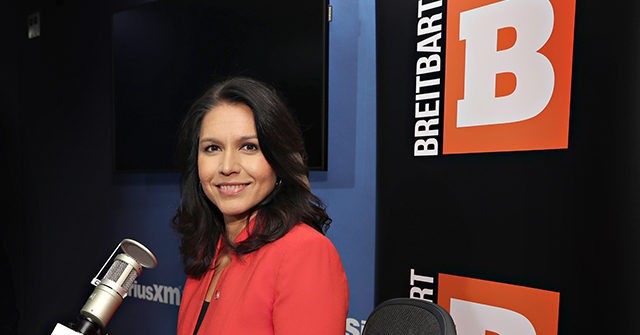 Tulsi Gabbard to Breitbart News: "It's a false choice for people to say you're anti-immigrant if you support secure borders."

We don’t have a nation if it’s 50 different races either. That’s just an economic zone, not a nation. We may have a country, but we certainly do not have a nation.

This woman confuses me.

One day she makes sense, then turn right around and toe that line with the best of them.

I can’t decide if she’s a super troll or simply controlled opposition.

Damn…if only Tulsi weren’t so anti gun, a member of the CFR, pushed the narrative that Trump is abandoning the Kurds to Turkish slaughter bullshit, and voted for impeachment. I don’t trust you crater face and I never will.

Also Tulsi: All illegal aliens should get free healthcare and we should confiscate all citizen’s guns. Everyone needs to stop shilling for this leftist extremist in disguise.

She certainly says things that normal Americans like to hear, but I’ve seen so many Democrats win elections that way only to toss everything they’ve ever said, centrist and patriotic, only to toss it all aside and go full-bore to the Left. I don’t trust her.

We don’t have a nation if it’s 50 different races either.

So what are you, a black supremest, a white supremest, or maybe something else?

Yeah, I know what you mean…