Something a long time in coming.

Rep. Tulsi Gabbard (D-Hawaii) and Rep. Markwayne Mullin (R-Okla.) have introduced a bill to Congress that would “protect women’s sports” based on participants’ biological sex, according to reports.

The “Protect Women’s Sports Act” seeks to clarify that Title IX protections for female athletes are “based on biological sex,” Gabbard and Mullin said in a statement.

Title IX protects individuals from discrimination based on sex in educational programs or activities that receive federal funding.

“Title IX was a historic provision championed by Hawaii’s own Congresswoman Patsy Mink in order to provide equal opportunity for women and girls in high school and college sports,” Gabbard said in her statement.

“It led to a generational shift that impacted countless women, creating life-changing opportunities for girls and women that never existed before,” she said.

“However, Title IX is being weakened by some states who are misinterpreting Title IX, creating uncertainty, undue hardship and lost opportunities for female athletes,” Gabbard continued.

“Our legislation protects Title IX’s original intent which was based on the general biological distinction between men and women athletes based on sex,” she added.

Mullin said that “Title IX was designed to give women and girls an equal chance to succeed, including in sports,” adding that “allowing biological males to compete in women’s sports diminishes that equality and takes away from the original intent of Title IX.”

“As the father of three girls involved in athletics, I want them to be able to compete on a level playing field. I am proud to lead this bill that will safeguard the integrity of women’s sports and ensure female athletes can compete fairly,” he added.

The legislation would prohibit schools from receiving federal funding if they permit “a person whose biological sex at birth is male to participate in an athletic program or activity that is designated for women or girls.”

Transgender activists and their allies promptly slammed the legislation, which they described as “blatantly transphobic.”

“Remember when Tulsi Gabbard tried to convince us she was an LGBTQ ally? We knew she was a liar, a fraud,” wrote Zeke Stokes, former chief programs officer of LGBTQ rights group GLAAD. 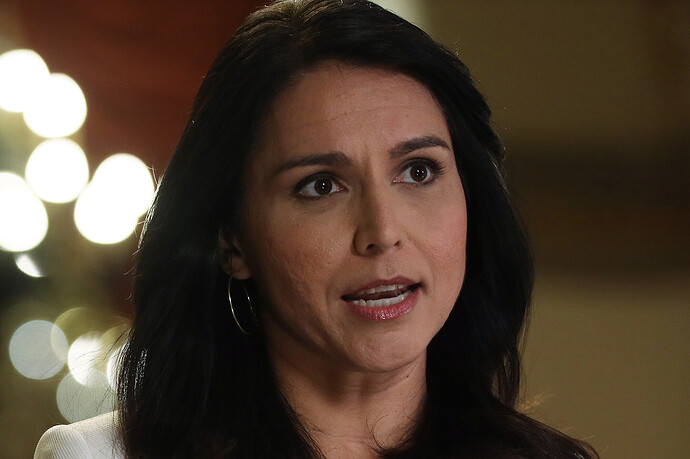 Rep. Tulsi Gabbard (D-Hawaii) and Rep. Markwayne Mullin (R-Okla.) have introduced a bill to Congress that would “protect women’s sports” based on participants’ biological sex, according to re…

They’ll be calling this the “Gabbard Sex Bill”

It will certainly get the attention of the Trans community.

Looks like the tens will hav to compete with the big boys soon.

How dare she introduce a bill against Trans Its . This is High Trans Discrimination!!! Where will they play sports as who gives a Damn. It’s time someone takes a stand for sanity, but it’s a damn shame we need a federal law for this. Again Washington has to be BIG BROTHER to states that don’t have the TESTICLES to pass this type of bill,.being afraid to offend anyone.
Commiefornia will lead the way to block this bill in the House. Will
this eventually go before SCOTUS???

It’s a bill FOR women beadencup not a bill against anyone else. But of course it’s going to be spun as such…

She’s hot and has a IQ … she’s def republican

She should run as a Republican!. What’s the difference?

She should run as a Republican based on this, her F score from the NRA and her support for the environment and the Paris accord, as well as other squishy positions could be ignored right…

Monte, I’m not as dumb as you think I am. I know it’s a bill for REAL WOMEN to compete equally against each other. Let these sideshow FREAKS establish their own sports leagues. Girls in high school where it usually starts dhould refuse to play against them in protest.
Why should a high shool girls basketball team play against a " girls" team with 6 ft 5in LADYBOYS.

I know it’s a bill for REAL WOMEN to compete equally against each other.

No, that’s just not likely… 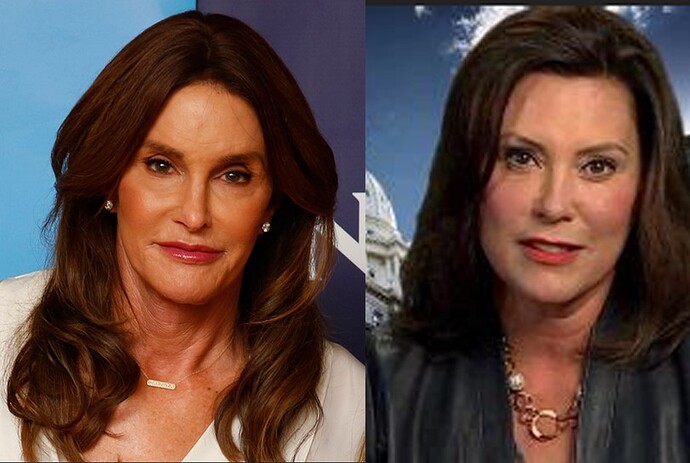 She is HOT!!! Unless your gay, who wouldn’t want to spend time with her???