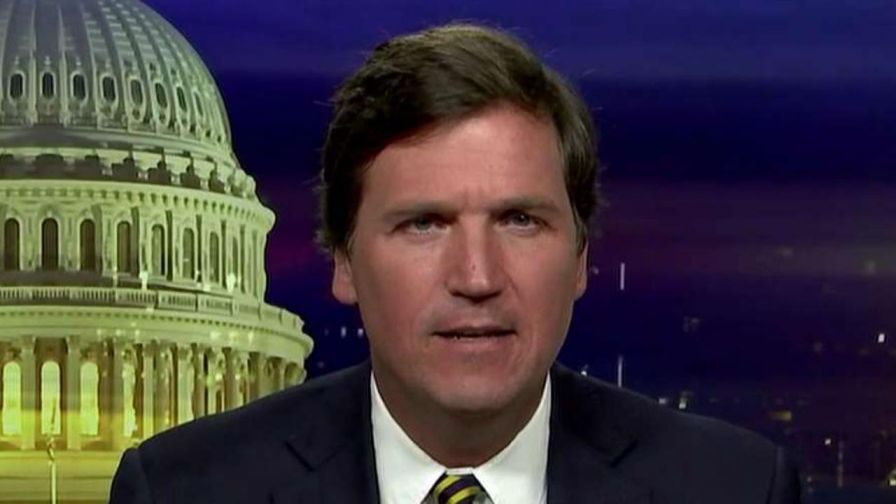 That’s how many AT&T employees have been victimized by an outsourcing process called “rebadging,” according to a former worker for the telecommunications giant who spoke to “Tucker Carlson Tonight” for a special investigation.

The employee, who spent nearly two decades at AT&T, was informed a few months ago that she was no longer needed, and was being “rebadged” to consulting company Accenture, where she’d be forced to train a low-cost foreign replacement. She told “Tucker Carlson Tonight” that she expects to be fired within a year.

“They are all from India,” the employee said.

The “rebadging” process is made possible by the H-1B visa program. Many of the 85,000 H-1B annual visas, which are distributed by lottery, go to technology companies and critics say the program has been hijacked by staffing companies who then sell their services to corporate clients and use them to outsource tech work.

“What AT&T is doing is they’re firing them and having them work for other companies,” says Sara Blackwell, an employment attorney who represents workers displaced by outsourcing. “It’s called rebadged, but they literally get one or two days to make a decision and they can’t find a job that fast. So they are working for Amdocs, Accenture, IBM and Tech Mahindra, and they’re training their replacements there.”

“We are an American company and we are literally giving away our legacy. We are giving away our knowledge base,” one employee said. "We can’t get those things back once we outsource all this.

“Some of the folks that we work with are very sharp,” one employee said. "But we’ve got some [who] if they were dumber, we would have to water them twice a week.

At least they are getting replaced, legally. KAG 2020!

This is fucking bullshit! It was bad enough when they were exporting jobs overseas but now they are bringing in this low-wage third world trash into our country to do an absolute shit job and charge the American customer base more money! This should be CRIMINAL!

This is fucking bullshit! This should be CRIMINAL!

Trump brings in low wage third world’ers all the time to staff his properties. Why shouldn’t ATT do the same…

So as a liberal you’re totally fine with massive companies driving down wages and firing Americans from jobs that they’ve held for decades in exchange for cheap foreign labor. Apparently celebrating diversity is more important than American citizens having stable jobs and incomes. You are a real piece of work.

As long as black unemployment stays at a record low then this is not an issue.

Trump isn’t going to do anything about this. After his recent trip to India, and the reception that he got from foreigners who are stealing American wealth, he will likely double the amount of H1Bs going to India an expedite their processing.

I am happy to see Tucker bringing this up. So many young patriotic Americans put their careers and reputations on the line to express their genuine heart felt concerns over excessive legal immigration and the response from the billionaire global elitist class is to call them nazis.

This is OK with Boomer Magapedes, just “As Long As It Is Legal”

So as a liberal you’re totally fine with massive companies driving down wages and firing Americans from jobs that they’ve held for decades in exchange for cheap foreign labor. Apparently celebrating diversity is more important than American citizens having stable jobs and incomes. You are a real piece of work.

Well, for clarification, I am socially liberal but far more fiscally conservative than either yourself or Trump.

As to the point of your post, No of course not. I’m just once again pointing out that it’s ok with you guys for Trump to do the exact same thing, but y’all only post threads about it when it’s others doing it.

Well, for clarification, I am socially liberal but far more fiscally conservative than either yourself or Trump.

If you actually talked more about the substance on why you hold such positions instead of making every post about Trump then I am certain that the conversations that you have here involving you would be more constructive and less ridicule would be invited.

No, they’re not nazis, but globalization IS. Nothing anyone’s going to do about it, the world is getting smaller every day, and it will one day be a big village. Fight it, oppose it, bitch about it, loose sleep over it, but it IS…

Trump isn’t going to do anything about this.

Well of course not, as he does the same thing in his own business…