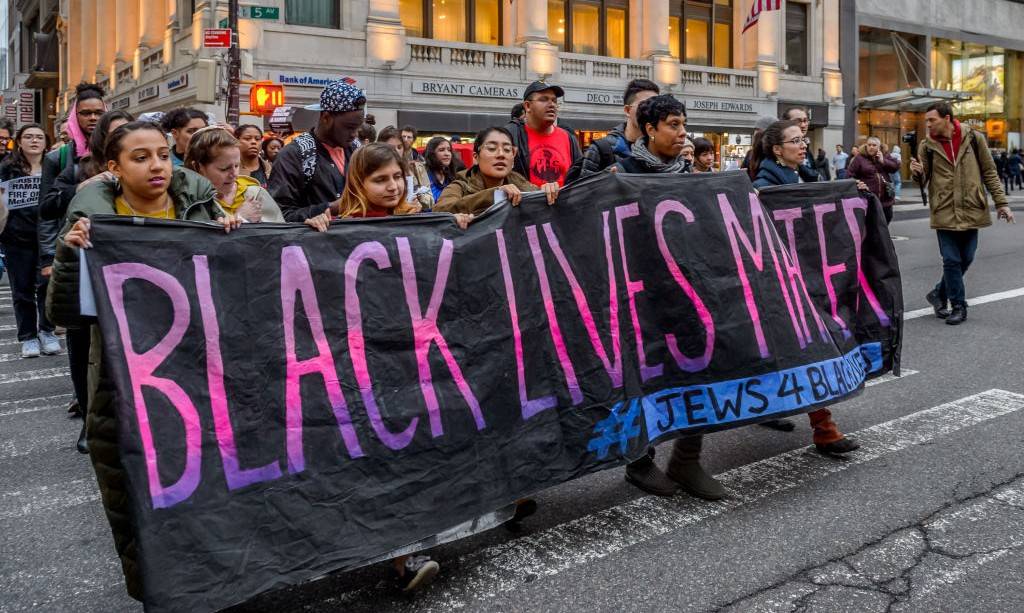 I detect some racist behavior from some people on this site, especially toward BLM and woke people of color. I know that you are aware that black people face NINE TIMES THE OPPRESSION as other oppressed groups.

And let’s not forget institutionalized racism.

Given these facts, why should anyone here on this site be upset at them for just wanting to have their voice heard?

I’m sure that we’re on the same page on this, so why not cool it with the anti-BLM and anti-woke shilling going on here?

2) Job applications: Blacks do not get as many call backs

Absolute 100% bullshit. They get MORE than equally qualified white people because they have the benefit of being a token for Diversity quotas

3) Test scores: rigged against black people
What? How would someone even go about rigging test scores against a race?

5) fatherlessness
Inflicted on black people by black people. Like most of their problems.

7) More incarceration if you are black
Because they commit far more crime. Not even including non-violent crime, they account for half the crime in America.

9) less likely to be represented in government.
They’re only 13-15% of the population.

Why did I even respond to this?

I detect some racist behavior from some people on this site

I detect someone who is afraid to hear the truth about society.

@Michael I think I understand Black Lives Matter and the problems with “whiteness” after all of these recent shootings in Chicago (that the media never reports on). Here are some of the classic and exceedingly typical messages that Black Lives Matter is sending: 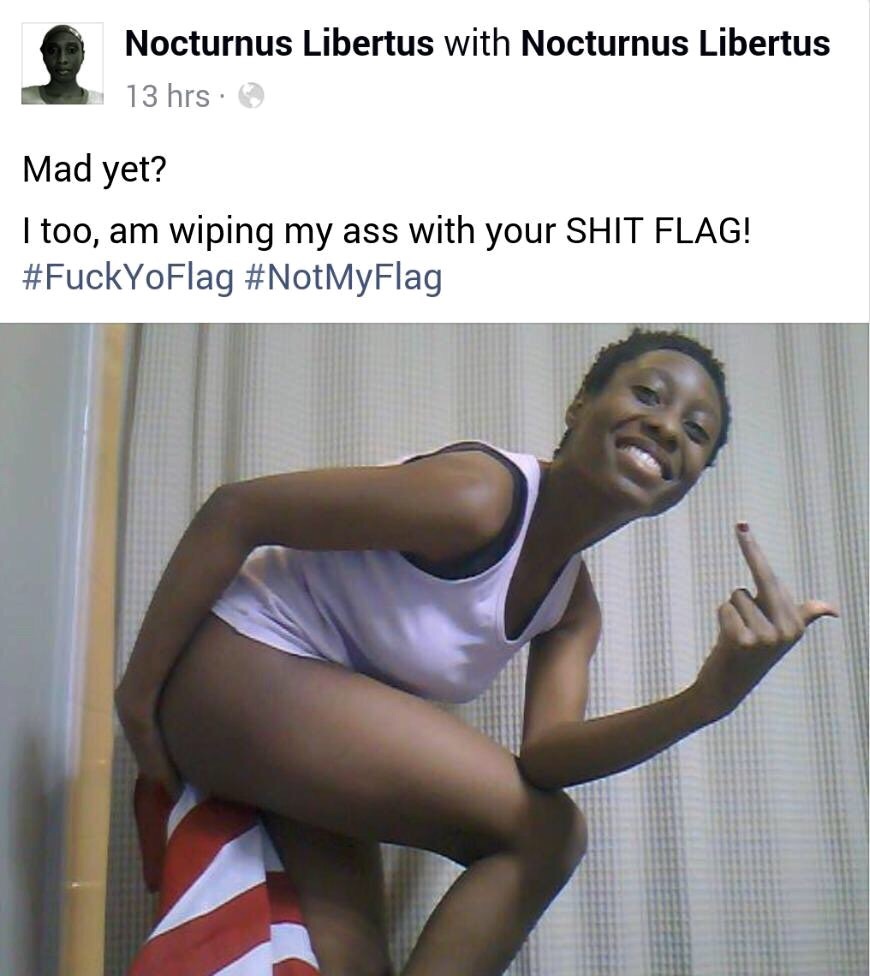 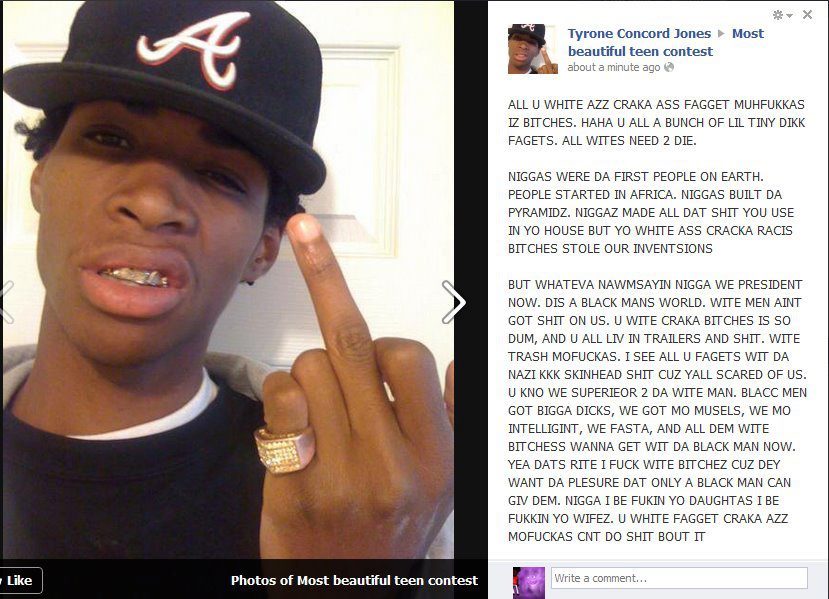 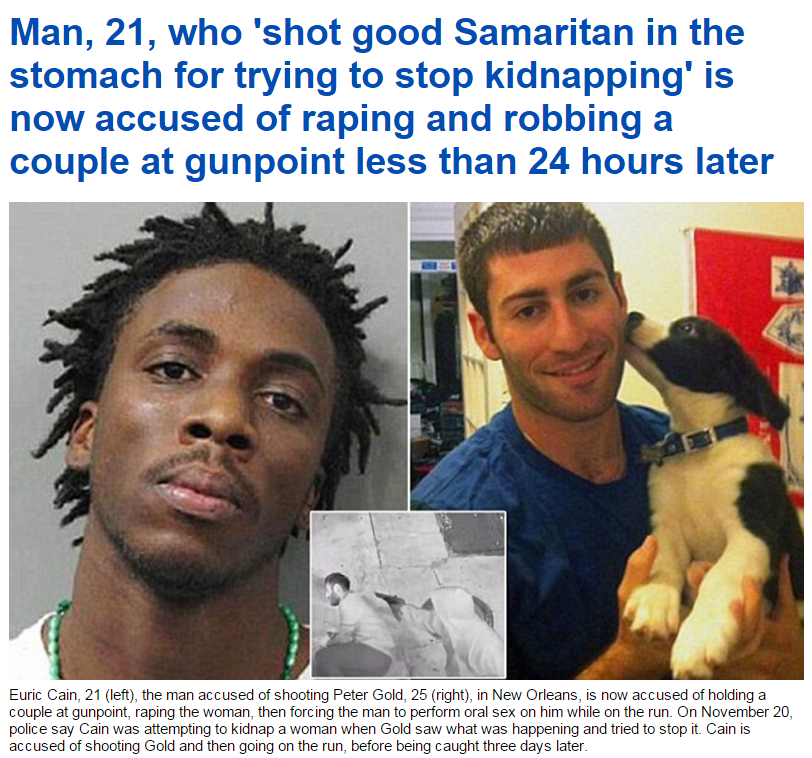 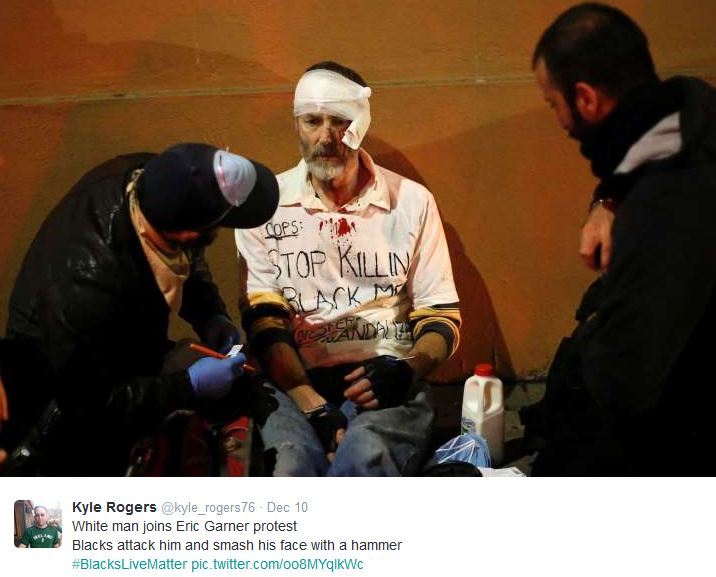 @Badussy You are clearly a racist and are completely blinded by your whiteness and the white privilege you and yours have enjoyed for hundreds of years.

Your people brought them here as slaves, and you STILL wonder why they depend upon your white government?

Who’s REALLY the idiot here, them or you?

You and your fellow white nationalists kill and oppress them constantly.

Just let them be.

Personally, I am a great believer in letting people be and letting them thrive. I have been pointing out the hideous ways in which blacks have stayed under the thumb of government rather than growing their own businesses and community for years… but they keep voting democrat in hopes that they will get a remodel job of the projects built to house them back in the ’60s… I keep pointing out that the 1964 civil rights act was nothing more than a reverse headlock on that Plessey vs Ferguson and am called racist for it. Had it not been for the ‘public provision’ portion of the 1964 civil rights act blacks would have a well-established business base and would have long ago had control of their own local police departments.

Quit voting democrat, start taking personal responsibility for your own actions and… Quit being every bit the racist that you claim white people to be… you see being a racist requires no other definition except that you blanket hate another race and regardless of what justification you might want to give… being a racist is being a racist. At the end of the day, again, regardless the excuse, reverse discrimination only breeds resentment.

P.S. Do we have a cop problem… yes but the problem isn’t the cops nearly as much as the top-down federal armed agencies that can kick in peoples doors without knocking, search people without warrant, take people property without charge, detain people indefinitely without council and put people on the president’s personal hit list without a whimper from the people who voted for him… Oh yea, and a revenue system that makes a cop put a choke hold on a person selling cigarettes…

Start thinking about what the constitution means rather than the way these establishment idiots interpret it… Stop wiping your butt with the flag of a country that has given EVERY American a higher standard of living than just about any other country in the world… AND STOP VOTING FOR THE VERY PARTY THAT HAS KEPT BLACKS DOWN FOR DECADES!

Just let them be.

They have the same opportunities I do. I was educated in public schools. Not my fault if someone be they black, white, hispanic or whatever flunks out and can’t earn a decent living because of it.

And, no. There is no “letting them be”. They follow the same laws I do. “They” are by no means special in any way shape or form. Nor do “they” deserve or warrant any special concessions.

How about we all treat black people like, um, Americans? Because if they were born here that is what they are.

No one can “make” someone go insane unless it is under much worse circumstances than black people are living in today, such as torture. If anyone goes “insane” with the freedom and opportunities all Americans have then they were probably unbalanced to begin with.

Your people brought them here as slaves, and you STILL wonder why they depend upon your white government?

Who is “your people”? How about you blame the Africans who sold the tribes they conquered into slavery? They still sell people into slavery today. Where is your outrage about that, or is that okay with you?

Are you also aware that slavery still exists today? If you really are bothered by it, then do something about it today because you can’t change the past. But you sure as hell can make a difference to someone or many someones today.

You and your fellow white nationalists kill and oppress them constantly.

Nope. One only needs to look at Detroit (as one example) to know that they are killing and oppressing each other. Is this what you hope for by “letting them be”?

Hey FOOL, ALL LIVES MATTER!!! All lives are equally important. Why don’t you shoot your big mouth off about the lack of TWO PARENT black families, the high rate of BLACK on Black crime including murder and needing quotas because some are to damn LAZY to actually study.
Do you think Africans were waiting with visas in hand when the ships arrived??? And talk about the Black Panthers doing " voting place security " with broomhandles .I suppose that wasn’t voter intimidation either!!!

ALL LIVES MATTER!!! All lives are equally important.

Yes, my life is as important as yours.I don’t consider myself superior to other people. When all of us cut ourselves , the blood is red only the type is different .

So, then the most evil and vile are equal in your eyes? Their lives matter just as much as yours or mine?

What a bunch of virtue signaling hogwash! Your presentation fails from the onset when you castigate people who formed educated opinions about this groups racist hate filled actions as harbouring racist views! Nothing can be further from the truth when this group is considered a terrorist organisation who support, or encourage to shoot LEO’s! ( see Dallas, Baton Rouge) In other words your bias stinks to high heaven and does little in furthering the conversation! What is that saying about intellectual dishonesty? You might as well write a OP about how virtuous ANTIFA is, it would pretty much have the same effect! When people like you stop playing identity politics for the sake of satisfying a pathological altruistic viewpoint then we can have a meaningful discussion! Epic failure on your part!

You’re right we do have some outspoken racists here and I’m not one of them. I don’t give a shit what race anyone is, just be a responsible citizen and you won’t have many problems no matter what race you are.

Stop blaming us for the evils of past generations, stop using those past evils as an excuse for continued failure.

Black women, stop making babies with men you know won’t be around to help raise them.

Black Men, stop measuring your manliness by how many women you have screwed and/or impregnated in drive by’s.

Black Men, stop killing each other.

Blacks in general, get off the democrat plantation and figure out that the only thing holding you back in life is yourselves and your own actions.

BLM go to hell, it isn’t the cops murdering thousands of black men every year, it’s other black men.

BLM, if you want to make a difference clean up your own damned neighborhoods, cooperate with cops and get rid of the gangs.

Blacks in general stay sober and get off the damned dope.

Black men, if you want to stay out of jail quit committing crimes.

Blacks in general, if you don’t want to get your asses beat by the cops don’t cop an attitude with them when you are lawfully pulled over and don’t resist when they try to lawfully arrest your stupid ass.

Black men, if you don’t want to be shot by cops try something new, don’t be a felon and don’t hang around with felons, don’t resist arrest, and don’t commit crimes with guns.

BLM is a terrorist organization and ought to be dealt with accordingly.

Stop blaming others for the problems your own community creates.

I wonder if Michael is just a silly SJW millie, or perhaps a plant to engender rage. His posting lacks the sophistication of a plant, but does contain the sophistry of a millie dope.

Eh, he just sounds like the flipside of the White Supremacist crowd to me.

Mirror images on opposite sides, filled with hate and blaming everyone else for their own problems is the same coming from either side.

Probably just another troll that followed some of us here from other forums.

This is what BLM needs to understand. Great work by Chris Rock. 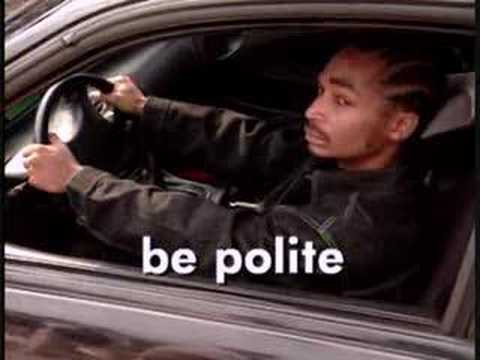