This attempted Senate conviction of Donald Trump could be for only one of two purposes–or perhaps both: (1) to mark the man with a Scarlet Letter; or (2) to bar him from ever again running for federal office.

I think many have publicly stated that it’s to Barr him from holding public office again, but you forgot the third and most important reason for convicting him of inciting the capital attack. Posterity…To send a clear message to anyone in the future that might think they can attempt what Trump has done…

It’s pretty obvious Monte that Trump is your DADDY.

It’s way beyond TDS in your head.

I’ve never been happier in life…

Well, we will probably get the chance to see who is correct in 2024, when the Republicans will proably run a candidate with mostly similar policies as those of Donald Trump; but with a much more pleasing personality.

Note: Republicans–and conservatives in general–have no hope, and no desire, that they might ever win California, New York, or Illinois. So if you think that Americans are typically represented by these, we will simply have to agree to disagree.

Sen. Manchin (D-WV) has already spoken against such a move.

And, once again, it is constitutionally uncertain if a president can be impeached or convicted (in this case, the latter) after he has already left office.

But you have left this matter unaddressed.

(It is probably just as well. If you were to address it, you would probably just spout some partisan nonsense, rather than approaching the matter analytically–which, I believe, is the only legitimate purpose of a political forum–rather than merely to vent.)

This assumes that future would-be presidents must deeply desire to hold the office–and would, therefore, avoid whatever might bar them from that ambition.

I really do not think that Donald Trump ever really wanted to be president–for even four years, let alone for eight (if he had been re-elected).

Rather, he chose to make the necessary sacrifice of his time, in order to serve the country, and try (even if he was not fully successful) to drain the swamp.

Do some people just not understand the meaning of sacrifice–and just how it might apply to those who are no part of The Political Class (which should really not be in charge of selecting our future nominees for president)?

There’s certainly no constitutional prohibition, and like I pointed out to you earlier, as president Ford said, impeachment is a political issue and one can be impeached for whatever congress says, which went unaddressed by you…

Americans are unimpressed and threw him out with no second term, twice impeached. Shamed, humiliated and censored by businesses and even by foreign countries.

Well, it has to exist first…

You know, it’s almost comical. EVERY SINGLE TIME that Republicans lose an election, we hear cries for a third party. This is why Democrats keep kicking our ass

Um, you’re right about that you know…

Should be a fucking hoot watching Leahy pull a Mueller while running the kangaroo court.

Who gives a shit about the Dems wet dream anyway.

It is true that there is no “constitutional” prohibition against impeaching (or convicting) a private citizen.

But I think the Founders envisioned exclusively the removal from office of someone who was unfit to serve.

I simply cannot imagine that they wished simply to brand him with a Scarlet Letter, and prohibit him from ever again seeking federal office–matters that are merely tangential, and not central.

The mantra that claims that Donald Trump “thoroughly trash[ed] America” is simply a Democratic talking point.

Let me ask you again–and I truly hope (perhaps too innocently?) that you might answer–Do you intend to offer serious, analytical insights–and not just talking points?

This is very important; for I simply have no desire to interact with anyone–whether Republican or Democrat, and whether liberal or conservative–who cannot be (or simply refuses to be) analytical.

Note: I very much enjoy the weekly newsletters I receive from Larry Sabato–he leans center-left; yet he analyzes the news and the likely impending events seriously–so I really do not mind if he sees things a bit differently than I do.

Again: I frequent political forums for the exclusive purpose of suggesting my own political analysis–and considering the careful analysis of others–but certainly not for partisan hype.

I prefer to avoid that entirely.

This is very important; for I simply have no desire to interact with anyone–whether Republican or Democrat, and whether liberal or conservative–who cannot be (or simply refuses to be) analytical.

That is an impossible expectation to request from someone whose very nature is to be intellectually dishonest. You are one of the few intelligent people who I admire and respect that should be able to see that as being true. 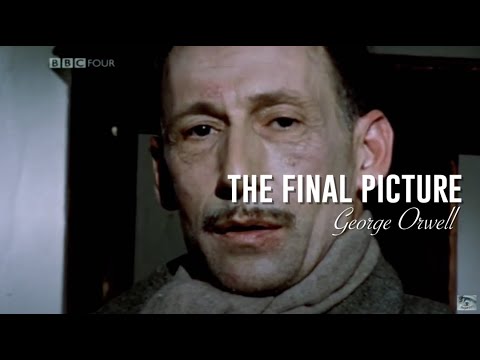