Long overdue. Not only the essential protection from foreign attacks, but solar flairs as well.

President Donald Trump signed an executive order on Tuesday to protect the US from electromagnetic pulses (EMPs) that could have a “debilitating” effect on critical US infrastructure.

Trump instructed federal agencies to identify EMP threats to vital US systems and determine ways to guard against them, Bloomberg first reported. A potentially harmful EMP event can be caused by a natural occurrence or the detonation of a nuclear weapon in the atmosphere.

The threat of an EMP attack against the US reportedly drove the president to issue Tuesday’s order. Multiple federal agencies, as well as the White House National Security Council, have been instructed to make this a priority.

“Today’s executive order — the first ever to establish a comprehensive policy to improve resilience to EMPs — is one more example of how the administration is keeping its promise to always be vigilant against present dangers and future threats,” White House press secretary Sarah Huckabee Sanders said in a statement,according to The Hill.

With the release of the White House National Security Strategy in 2017, Trump became the first president to highlight the need to protect to the US electrical grid.

“Critical infrastructure keeps our food fresh, our houses warm, our trade flowing, and our citizens productive and safe,” the document said.

“The vulnerability of U.S. critical infrastructure to cyber, physical, and electromagnetic attacks means that adversaries could disrupt military command and control, banking and financial operations, the electrical grid, and means of communication.”

Senior US officials warned that the US needs to take steps to safeguard the electrical grid and other important infrastructure against EMP attacks, The Washington Free Beacon reported on Tuesday. “We need to reduce the uncertainty in this space” and “mitigate potential impact” of an EMP attack, one senior administration official said.

“We are taking concrete steps to address this threat,” the official added. “The steps that we are taking are designed to protect key systems, networks and assets that are most at risk from EMP events.” Federal agencies are being tasked with bolstering the resiliency of critical infrastructure.

Members and supporters of the decommissioned US Commission to Assess the Threat to the United States from Electromagnetic Pulse have long warned of the possibility of an EMP attack, with some individuals, such as Peter Pry, who previously led the congressional EMP commission, asserting that an EMP attack on America could kill off 90% of the US population.

Those seeking to raise awareness have pointed to the threat from solar flares, as well as nuclear-armed adversarial powers.

Others, including Jeffrey Lewis, a renowned nuclear-weapons expert, have said that the EMP threat is a conspiracy. Lewis previously wrote that it seemed “like the sort of overcomplicated plot dreamed up by a Bond villain, one that only works in the movies. Bad movies.” 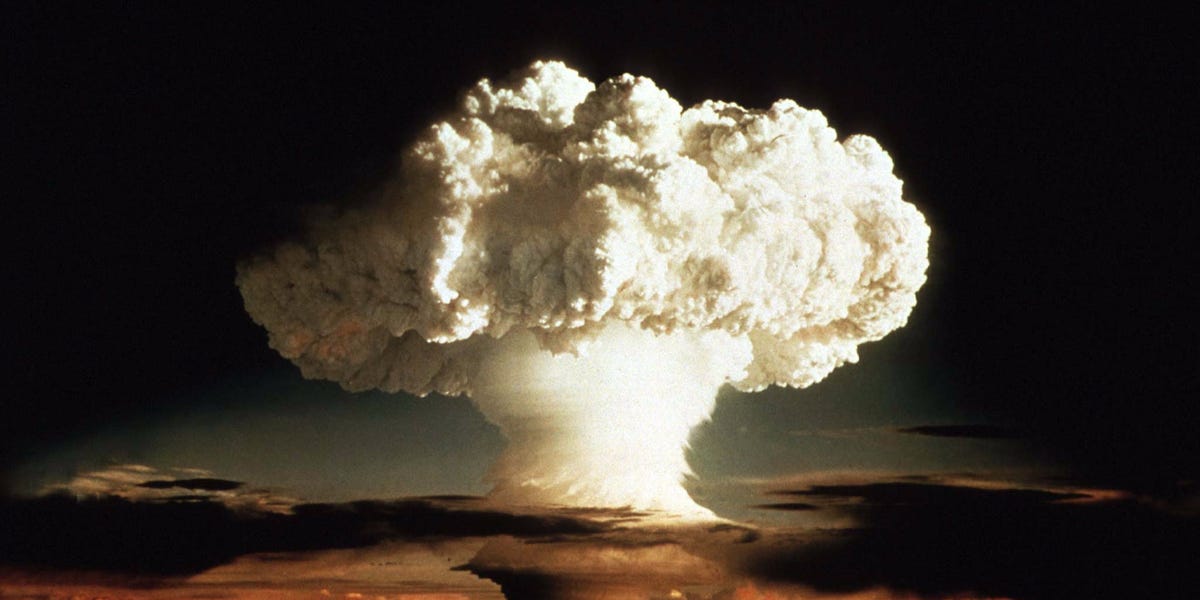 The president's executive order aims to harden critical infrastructure to protect against a devastating electromagnetic-pulse attack.

to guard against them, Bloomberg first reported. A potentially harmful EMP event can be caused by

THIS is the kind of common sense we should see coming out of our congress people, not something that should require an Executive Order.

I totally agree! Then again congress is more worried about having power than actually doing something meaningful and working well with others to solve problems. JFK Democrats are sorely missed from the American Political landscape!

Well, truth be told if the democrats have their way with the green deal, we won’t need an electrical grid to protect.

Well we can breathe a little easier for now, as that has a snowballs chance in hell of ever passing. Today I was listening to “Declassified” where it was reported that Trumps 2020 campaign focus is going to be about socialism as most Democrats have been supporting this idea in their platform, and so their goal is to put it on trial to the American public. If they are successful, I can see Trump winning in a major landslide, as independents are not so keen on the idea of having a Venezuela 2.0.

I could not agree more!

Those who might want to wander through the rigorous electromagnetics should review the work of Dr. Carl Baum beginning in the 60s. (That led to mathematical analysis techniques that fed other domains such as target identification through short pulse radar. And so I read Baums work to get a foundation for other domains.)

Somewhat familiar with this stuff, I will say, EMP hardening requirements are not new. Such has been required for certain military platforms for a long time. Over that time, we have learned that aside from sitting in a shielded faraday cage, operationally useful systems are very very difficult and expensive - in both dollars and loss of functionality - to harden completely. Still, I have close friends with critical automobile components in faraday cages. And I am in the process of doing the same with some inverter generators. If you have old stuff that has no electronics in it, keep it clean and operational. It may be more useful than you imagine someday.

Drive by any sub station encircled with a cyclone fence and tell me how secure it is.