This bloated “Defense” bill also funds Sanctuary Cities, Planned Parenthood and the CDC to study gun control to justify coming after our 2nd Amendment rights. Worst of all, it funds border walls for several nations in the Middle East.

Also raises the “smocking” age to 21. Trump deleted the tweet shortly after making it.

I think the smocking age should be raised, too.
No young person should be wearing a smock. 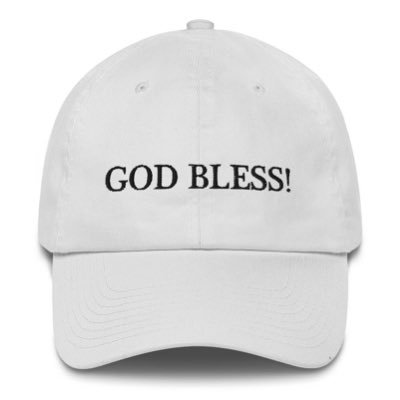 FLASHBACK: “I will never sign another bill like this again” Today he signs another trillion dollar spending bill that might even be worse. https://t.co/9ktNQoPT4w
I-wont-be-silent December 20, 2019, 5:05pm #4

This is so INSANE… I understand they have to compromise with each other in order to pass bills, but when the bill that is passing is a complete contradiction and has a adverse effect to your ultimate goal then you should refuse to sign it. He should not fund these things that conservatives and his self are so strictly against. I feel like matters and principles that we stand for are not things that should be compromised. This is exactly what is happening!!!

I think he wanted the Space Force too bad and was willing to budge on everything else to get it. He will go down in history as the president that created a brand new branch of the military.

Yeah I understand… but finding all these things that just feels like a sell out to me. I really am for Trump but I don’t agree with his approach to this.

I’m with you. Considering all that he’s been up against since the day he took office I try to support him as much as I possibly can, but I am also a small government person at heart and watching this bloat continue makes me crazy. I think the Space Force is a good idea and a necessary one. I know it will take a lot of money to build it up, but I view it as an investment in the future of America’s security. Everything else in this spending bill should have gotten the veto. If it wasn’t defense related it had no business being in there.

Why did we just raise the smoking age to 21 in a defense spending bill? The hypocrisy in that is we are going to ask 18 year old kids to fight and die for the country but we are going to tell them they have to wait to smoke or dip until they’re 21. We can’t be a fierce and independent nation while also building a nanny state. I smoked and chewed plenty between the ages of 18 and 21 when I was in the USMC. I cut that crap out when I went to college.

Here is a big middle finger to all the leftist and SJW’s here! Never liked you and never will! Lol!
God Bless America. God Bless President Trump, God bless all Vets past and present for keeping the greatest country on Earth safe, and God bless all the middle finger waving deplorables! Other than creating the Space Force this entire spending bill is nothing but a giveaway to the Democrats.

How so? This is all for the military!

Scroll up! There is a whole lot of junk in this bill!

And it’s all borrowed money. It’s funny how conservatives are conservative in name only as the national debt he pledged to pay off has soared past 23 trillion and he’s signed the biggest budget deficits in American history. And now this. What a fraud.

You don’t know the difference between a budget deficit and the national debt! We already established that point earlier here, but of course some like you who is severely suffering from TDS has no shame in expressing their ignorance in public on a daily basis here! What else is new!

Scroll up! There is a whole lot of junk in this bill!

Remember, for the lifer he will be excused for murder…

NDAA PASSES: The House voted 377 to 48 to approve the National Defense Authorization Act and send it to the Senate, writes our colleague Connor O’Brien.

The bill would create a Space Force under the Air Force and grant 12 weeks of paid parental leave for the entire federal workforce.

And there was a battle to get there. “Wednesday’s vote is a radical departure from when House Democrats passed their initial bill in July with no Republican support and only eight progressive Democrats opposing it.

Yep, not a dimes thickness in difference…