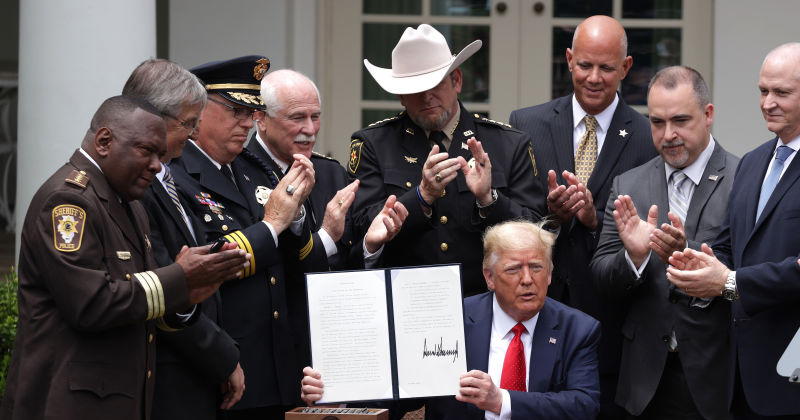 “There will be no more looting or arson,” Trump said. “Violence and destruction will not be tolerated.”


US President Donald Trump has signed an executive order urging police departments across the country to “adopt the highest professional standards,” including increased use-of-force training and a partial ban on chokeholds.

This is going to be done despite Trump…

Here’s what I think are several attainable goals to reform police: 1) remove qualified immunity from police officers 2) remove all offensive military equipment from the availability of departments that have no demonstrated need for it (tanks, APCs, machine guns,) 3) institute powerful Citizen Review Boards that have charging and firing power in every police department, and make sure they have real teeth and independence from police and municipal departments 4) end forever no-knock forced entry of suspect housing or business properties 5) make a police department searchable police employment record database that will prevent rehiring of brutalizing cops

These won’t be instituted easily, but they should be the minimum required reforms.

the problem is the police are militarized. That must end now.

And it is also true that SCOTUS’s interpretation of the 2nd amendment allows any adult citizen to militarize themselves.

You want to assemble an arsenal of assault weapons and heavy pistols with huge clips? No problem. Go buy it all.

Want a Kevlar vest and body armor? No problem, order it on-line.

Wanna learn how to maximize a killing spree with your weapons? No problem, go to YouTube, there are thousands videos there posted by ammosexuals who want to share what they know. Here’s a beginner’s guide to killing lots of people with an AR-15: 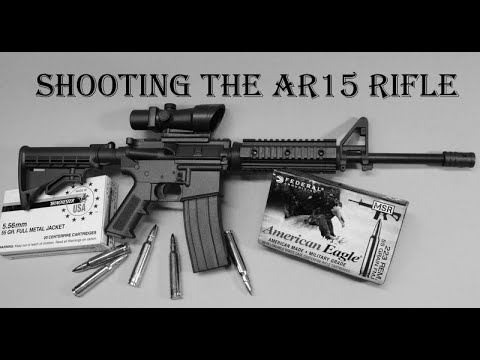 We need to demilitarize the cops. We need to dismantle many, particularly urban, police departments.

And we need a nationwide gun buy-back for all high capacity long guns and pistols.

Wanna hunt deer? Fine. Get a license. Get a single-shot gun (that’s what I use) or a bolt action 3-round rifle. Buy your allotted 5 rounds and go hunting.

Wanna practice? Go to a range. Buy the ammo there. Shoot it there.