While everyone is paying attention to one distraction or another, such as the Barrett Hearings, The Joe Biden Scandal or you name it, Trump Admin was putting the finishing touches on a final regulatory move that could eradicate gangs from America for good. Its a new rule that bans convicted felons, gang members, and domestic abusers from securing asylum to remain in the United States.

The rule, to which DOJ and DHS officials announced this week, ensures that foreign nationals convicted of certain crimes are not allowed to obtain asylum in the U.S. The rule takes effect in about a month.

“To ensure that criminal aliens cannot obtain this discretionary benefit, the Attorney General and Secretary of Homeland Security have exercised their regulatory authority to limit eligibility for asylum for aliens who have engaged in specified categories of criminal behavior,” federal officials wrote in a news release. 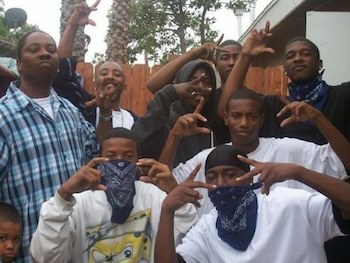