Trump knew the truth about 911

“It wasn’t architectural defect. The World Trade Center was always known as a very, very strong building. Don’t forget that it took a big bomb in the basement [in 1993]. Now the basement is the most vulnerable place, because that is your foundation and it withstood that. And I got to see that area about 3 or 4 days after it took place, because one of my structural engineers actually took me for a tour because he did the building. And I said ‘I can’t believe it’. The buildingwas standing solid and half of the columns were blown out. This was an unbelievably powerful building if you know anything about structure. It was one of the first buildings that was built from the outside. The steel, the reason the WTC had such narrow windows is that in between all the windows you had steel on the outside of the building. That’s why when I first looked at it you had big, heavy I-beams. When I first looked at it I couldn’t believe it because there was a hole in the steel. And this was steel that was … you remember the width of the windows of the World Trade Center, folks, I think that you know, if you were ever up there, they were quite narrow and in between was this heavy steel. I said: How could a plane, even a 767 or 747 or whatever it might have been, how could it possibly go through the steel? I happen to think that *they had not only a plane, but they had bombs that exploded almost simultaneously. Because I just can’t imagine anything being able to go through that wall. Most buildings are built with the steel on the inside around the elevator shafts. This one was built from the outside, which is the strongest structure you can have. And it was almost just like a can of soup.”

So, he could speak the truth then, but not anymore.
Why?
Because he is President.
Many accuse him of being too pro Israel but again, he has to walk the tightrope between the neo cons (influential Zionist ■■■■■ and American patriots.
With Epstein and other scandals, the American patriots are slowly realizing they have been had… by Zionist ■■■■■

You’ve tried this before. It didn’t go anywhere then either.

You’re not going anywhere with your fluoride mind.
Many have realized the truth, but decided to remain silent for one reason or another.

The only damaged mind involved in this conversation is your own. Hate is a disease.

It makes you tell ridiculous lies and swear they are true that no person in their right mind would ever believe.

Every one of your butterball hate inspired theory has been debunked every way one can be debunked.

No one cares anymore.

Magog and Digi are completely consumed with it.

I want to see the definitive proof that jet fuel can melt steel beams.

B) I’ve also provided proof of a diesel fired forge melting steel with the videos of same in many discussions we’ve had in the past. Kerosene which is what jet fuel is burns even hotter, all you need is an adequate oxygen supply which the towers clearly provided.

Melting steel is fine. But it will resolidify somewhere.
But there was none of it.

Everything pulverized, except an airplane engine, which turns out to be a wrong one.
And an Arab passport.

How many times do you have to be told that melting is NOT REQUIRED in order to cause steel structures to fail?

Take a course in Properties of Structural Steel Shapes Here’s another one for you. 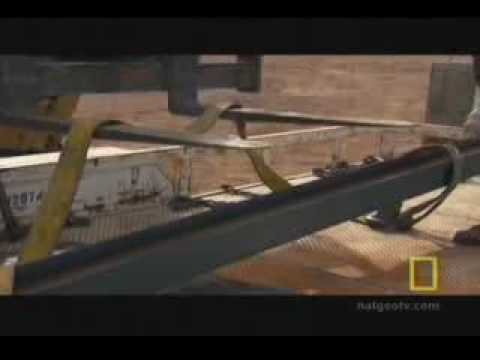 That’s pure BS, we say thousands of tons of steel in the rubble piles and watched the trucks haul it off as it was cleared from the site.

Steel cannot simply disappear even when explosives are used. Your statement is totally asinine and flies in the face of everything we know from history, chemistry, and physics.

Well that’s not true at all…

I want to see the definitive proof that jet fuel can melt steel beams.

Anyone with much experience with fire knows those buildings were not burning hot, they were billowing thick smoke, while the flames were less.

That’s completely false. Jet fuel produces lots of this smoke under any conditions except when forced air is feeding it.

The materials that were burning inside the buildings (furnishings and such) are also primarily made of various petroleum derivatives when also smoke heavily in the absence of forced air induction.

It never had to get hot enough to melt steel to weaken it and the engineering studies done on the failure of the buildings proved beyond any doubt that it was more than hot enough to weaken the steel to the point of failure.

Yeah, besides collapsing upon its own footprint in a completely controlled fashion, the most obvious thing, the passport was comical as well.

Nothing melted.
It was a controlled demolition.