Trump is in Afghanistan for Thanksgiving with the troops 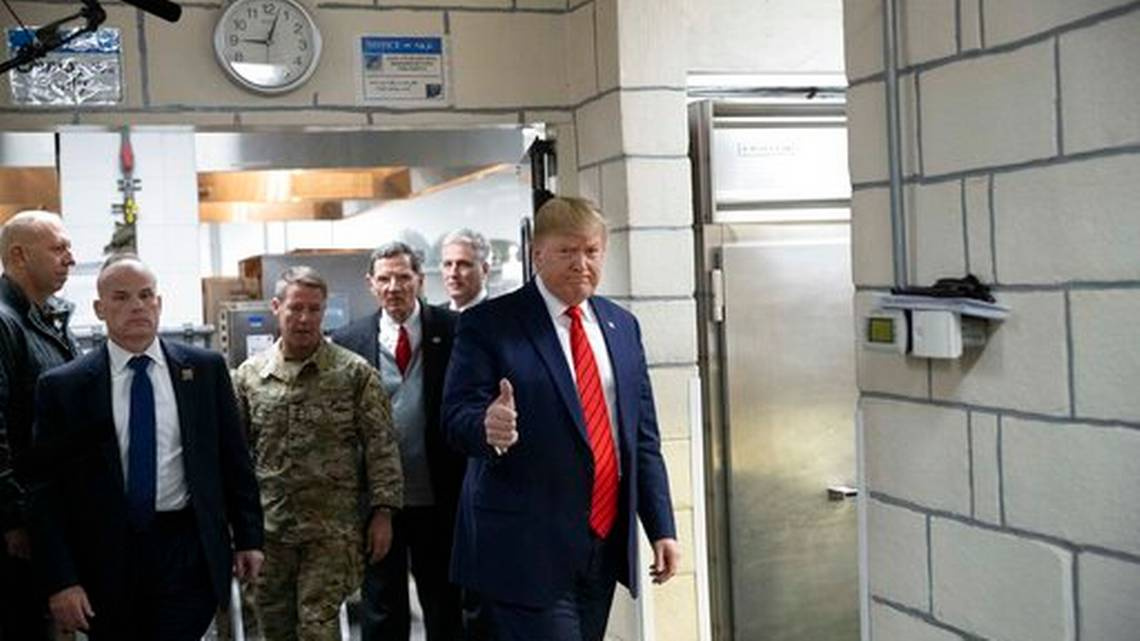 President Donald Trump paid a surprise Thanksgiving visit to Afghanistan, where he announced the U.S. and Taliban have been engaged in ongoing peace talks and said he believes the Taliban wants a ceasefire.

In his first trip to the site of America’s longest war, Trump arrived at Bagram Air Field shortly after 8:30 p.m. local time Thursday and spent 3½ hours on the ground, serving turkey, thanking the troops and sitting down with Afghan President Ashraf Ghani before leaving just after midnight.

As per tradition, reporters were under strict instructions to keep the trip a secret to ensure his safety in the country. About 12,000 U.S. forces remain in Afghanistan.

Traveling with a small clutch of aides, including his acting chief of staff, press secretary and national security adviser, but not the first lady, Trump appeared in good spirits as he was escorted around the base by heavily armed soldiers, as the smell of burning fuel and garbage wafted through the chilly air.

He and his family would leave from this Afghanistan visit a couple billion dollars richer.

I had Thanksgiving dinner with Dick Cheney once when I was deployed. He was a really nice and down to earth guy. I’m sure he doesn’t remember it, but it was incredibly memorable for me.

My brother is stateside this Thanksgiving and we are thankful for that.

I would have voted for him had he run against Obama in 08 and 12.

“There’s nowhere I’d rather spend Thanksgiving than with the toughest, fiercest warriors,” Trump told troops on the ground . “I’m here to say Happy Thanksgiving and thank you very much. As president of the United States, I have no higher honor than serving as commander-in-chief.”