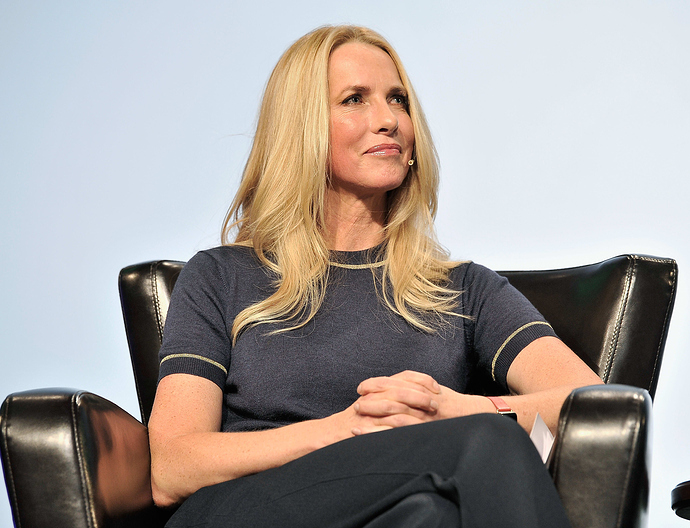 Illegitimate President and foaming at the mouth racist Donald Trump is coming after Laurene Powell Jobs, the philanthropist billionaire who owns a majority stake in The Atlantic. The sixth-richest woman in the world, Jobs is the widow of Apple (AAPL) co-founder Steve Jobs.

Trump said Laurene Powell Jobs, who has a net worth of $33.3 billion according to Bloomberg and $20.2 billion, according to Forbes, is “wasting money” Steve Jobs left her after he died by owning the magazine that published a damaging report about him last week.

Here is another example of how that Cheeto colored shitstain in our White House will attack a woman, who lost her husband and an American tech pioneer, to a vicious form of pancreatic cancer all because she happens to have some financial interests in a well known and respected publication that published an unsurprising report about how Trump really hates the military and our brave veterans.

Trump supporters see nothing wrong with any of this, which is as disturbing as it is unsurprising. 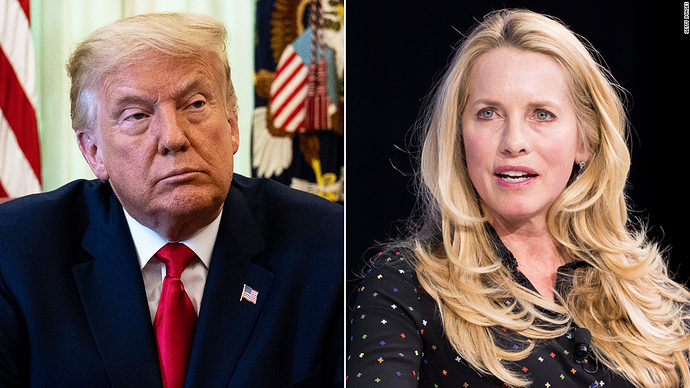 President Donald Trump is coming after Laurene Powell Jobs, the philanthropist billionaire who owns a majority stake in The Atlantic. The sixth-richest woman in the world, Jobs is the widow of Apple co-founder Steve Jobs.

Trump is a fucking moron. Asking his cult to attack Laurene Powell Jobs is such a stupid move. The cultists don’t know who she is and they have no prior Fox News talking points to mindlessly spew. He should have targeted Goldberg, the editor in chief. At least he’d get a dog whistle out of the name.

Trump calls out leftist woman who only has billions of dollars because she fucked the right guy, not because she contributed anything of value.

Nope. He is legitimate.

This is how retarded this poster is! He reads fake news and believes it! Then comments with more hyperbolic statements that is pure fiction to prove what an even more dumbass he is! I swear I wish I was making this up! If he actually had half a brain to work with to actually put in the effort to verify the story he just posted then he would know it is fake instead he is making a jackass out of himself here! No wonder why all Democrats are born again losers they are simply mentally impaired and can’t be helped! Proof positive liberalism is a disease!

These are the lowinfo Biden voters folks!

Trump is correct in calling out this human garbage!

The Atlantic Magazine is dying, like most magazines, so they make up a fake story in order to gain some relevance,” Trump tweeted on Friday. “Story already refuted, but this is what we are up against. Just like the Fake Dossier. You fight and fight, and then people realize it was a total fraud!”

Even CNN’s Brian Stelter seemed to acknowledge that the claims of anonymous sources aren’t as convincing.

Perhaps because it’s a lot easier to lie when your name and reputation aren’t on the line. But there are at least five witnesses who have gone on the record disputing the allegations made in The Atlantic .

Coincidence? Hours After The Atlantic’s Hit Piece on Trump Came a Pre-Produced Commercial

Sarah Huckabee Sanders, Trump’s former press secretary, called The Atlantic story B.S. on Twitter, “I was actually there and one of the people [who were] part of the discussion – this never happened. I have sat in the room when our President called family members after their sons were killed in action and it was heart-wrenching,” she said. “These were some of the moments I witnessed the President show his heart and demonstrate how much he respects the selfless and courageous men and women of our military. I am disgusted by this false attack.” 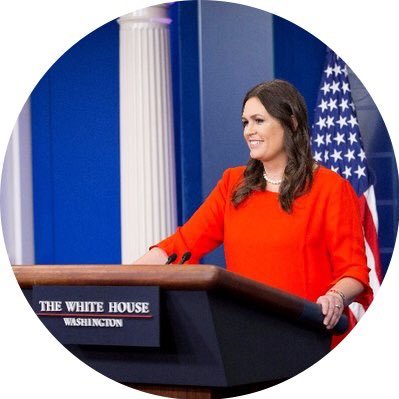 You can’t even quote a CNN article verbatim because it’s not as disparaging against the President as you want it to be.

Goldberg, the editor in chief. At least he’d get a dog whistle out of the name.

Or…so you guys can then proclaim that the criticism is anti-semitic instead of based in reality.

All of this outrage just shows that they are totally desperate. They know they don’t have a chance in hell with Biden and so anything that they can do to try to put Trump in a negative light, which they’ve been working at for 4 years now and have not been successful at, is just what they are going to do. Just wait until the results of the election come in and they get blown out again.

they are totally desperate

they are working on plans to rig the vote counts.

Don’t be complacent. Dems will do anything,
mail-in fraud
multiple voting with fake drivers licenses
You name it.

Umm…so why is the title of this thread different?

What are you smoking? It hasn’t changed!

I sort of liked the first change, but it wasn’t fair (sort of) to the original poster. Unlike the Dems, folks here value free speech.

No matter the title you will cry just the same so what does it matter…really?

What I want to know is…when did the far left become the white knights for the establishment?

With all this negativity from Trump against our military, here is something positive.

Biden really gets it…

He understands the hardship our military service men and women encounter when they go and fight overseas!

Let’s hope and vote for Biden so that he is will be our next Commander-In-Chief! 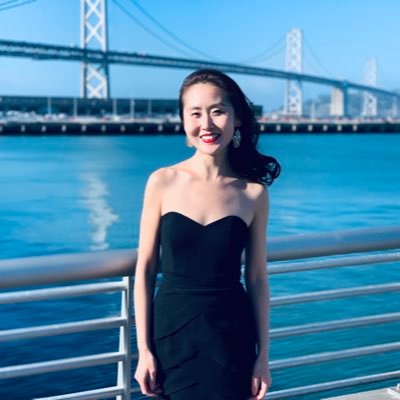 With all this negativity from Trump against our military, here is something positive.

First President where another war was not started! He increased benefits and improved the VA, and increased military pay for all service members! Biden didn’t do that! Democrats didn’t do that, and they had many years to do something and still zero! At least be honest with facts! You are supporting a pedophile!

the hardship our military service men and women encounter when they go and fight overseas!

vote for Biden so that he is will be our next Commander-In-Chief!

What more shithole countries do you want to create?

That actually just bounced off of him and stuck to you.

Don’t bother with Urine Boy, its obvious that he and the rest of his mentally challenged buddies can’t seem to grasp facts, so they arbitrarily make them up in order to suit their hurt feelings!

Try this one on for size! More facts, not more anonymous sources that keeps making shit up! Its why the press and Democrats are hated so much, they lie about everything! More hypocrisy from the left and the so called writer Goldberg! Perhaps it is you that is clueless as to who Jobs really is.

Jobs’s carefully crafted image has extended to media coverage, not only in the Times , but also in the Washington Post . All of this support for “independent media,” as a Times interviewput it, seems at odds with the mission of Courier, whose parent Powell Jobs funds.

Courier functions as part of ACRONYM’s campaign to win elections for Democrats. McGowan framed its outlets as part of combating President Donald Trump’s massive 2016 social media campaign, telling Bloomberg of criticisms that her coverage is slanted, “balance does not exist anymore.”

Courier sites disclose only a hint of their larger political purpose, with a mention at the bottom of their pages that they are “owned by Courier Newsroom, Inc.” This, the Center for Responsive Politics noted, means that their ads—which primarily target President Donald Trump—“are not considered political by Facebook.”

The project’s goal is to, as Bloomberg put it, “deliver the facts favorable to Democrats that [McGowan] thinks voters are missing, and counter right-wing spin.” Gabby Deutch, who works for misinformation outlet NewsGuard, stated itmore harshly: “Courier and Acronym are exploiting the widespread loss of local journalism to create and disseminate something we really don’t need: hyperlocal partisan propaganda.” Her organization gave all of Courier’s sites failing grades for “undisclosed partisan Democratic perspective”—far out of line with any definition of “independent media.”