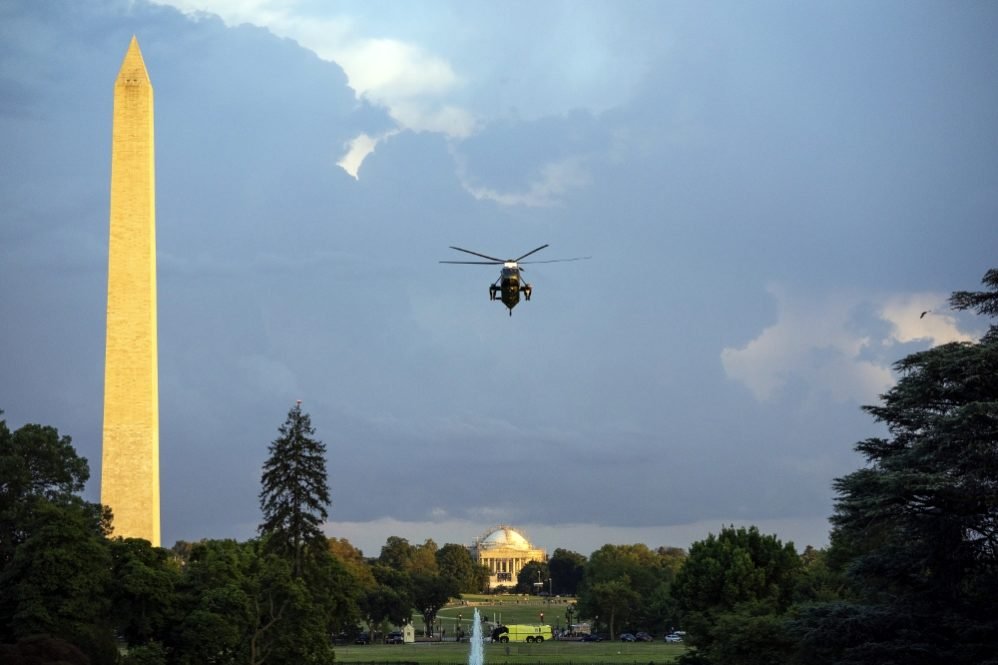 In a wide-ranging interview in the Oval Office Friday, President Donald J. Trump said that the country is in the midst of “a political war … where the left will use anything to win, including the culture.”

The president said that to restore order and win in 2020, his Republican allies “need to be stronger” in standing up to rioters and those who would tear down statues. “They’ve got to get much tougher,” Trump said, drawing comparisons to moments when Republicans stood together on impeachment and in battles over judicial nominees. “They have to be stronger, have to come together,” or risk losing politically and worse.

While acknowledging the “horrible” scene that played out in Minnesota with the death of George Floyd, Trump argued that the Floyd-related protest movement has since morphed into an “anti-cop, defund the police, anti-American” movement that puts American communities at risk.

“Police never get the credit they deserve by politicians, who are being weak,” Trump said, positing that fear of criticizing the excesses of rioters and violent protesters is driven by political correctness and the danger of being called “racist.”

Trump referred to the Black Lives Matter political organization as having an “extremist” agenda and criticized New York City Mayor Bill de Blasio for wanting to close Fifth Avenue to paint the group’s titular slogan on the street.

“Republicans need to be fighting,” Trump said, citing the ideology of the more radical agitators in the streets as “vicious” and “seditious.” As the president recognizes, the goals of those sowing the seeds of unrest are clear. “You see their leaders on TV saying ‘give us what we want, or we’ll burn down this system and replace it.’ That’s almost terrorism.”

White House Chief of Staff Mark Meadows is coordinating the response to the ongoing violent riots, which includes connecting with the anti-terror task force and the Department of Justice. According to Attorney General Bill Barr, there are over 500 current investigations in process.

“We have, right now, about 500 investigations underway, so it’s picking up pace. We are committed to holding accountable the people who engaged in this,” Barr told Sen. Ted Cruz (R-Texas) and host Michael Knowles in a podcast released Thursday. “State and local are not doing their jobs.”

For his part, the president seemed frustrated that he was being called in to deal with problems within Democratic-represented states and Democratic-run cities.

“This should be about the mayor, and then the governor, before it even gets to the president,” Trump said, noting that while he has made the National Guard available to restore order in many cities, “they haven’t called for them.”

“But you look at a place like Seattle, and if I had to go in there, I will,” Trump said, referring to the autonomous zone that has taken over several blocks of the city for weeks. 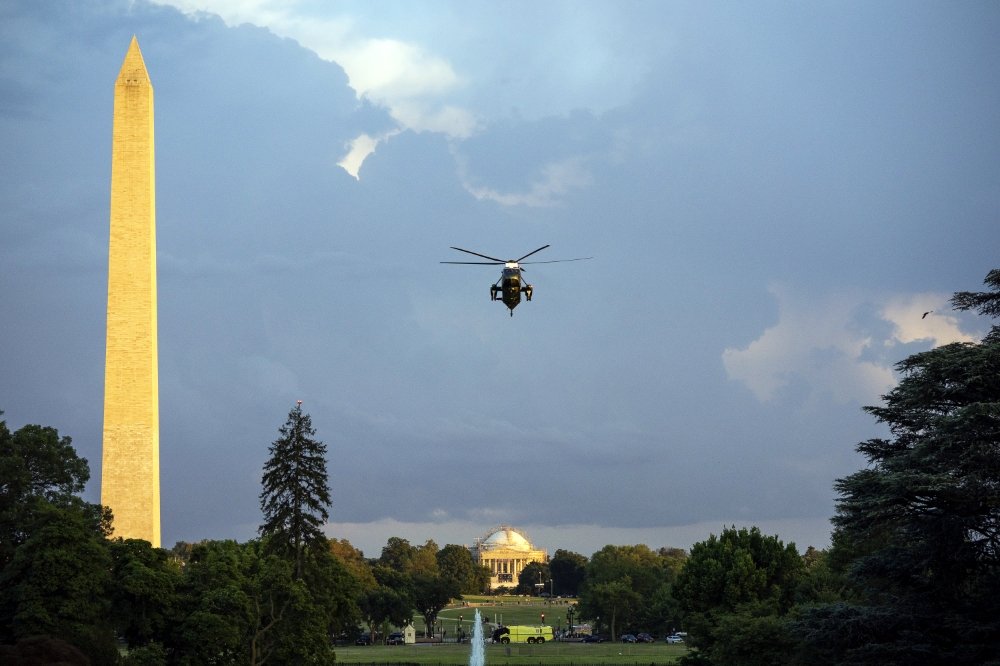 In an Oval Office interview with The Federalist's Ben Domenech, President Trump calls on Republicans to stand strong and unite against lawlessness.

Tougher? At this point I’ll take ANY response!

The left is at war with us and they are worried about being polite!

I agree with Trump. The GOP needs to show some backbone and do whatever they can to support the president and the American people on this…but these mayors, police chiefs, the FBI, and DOJ have to actually want to arrest and prosecute these criminals. So far I’ve seen very little effort to do so.

Trump won because he was aggressive and strong. That is the direction of Republican leadership that we want. We want real fighters. The days of weak and feeble leadership ended with Obama. Toughen up or be voted out.

Unfortunately, the Republican Party has reminded all of us exactly who they are throughout this chaos.

They hate Trump and they don’t have the spine to stand with him. There’s only a few Republicans in Congress who actually get it and have the courage to stand up.

If the Republicans don’t step up we lose the country.

This has been one of the most disappointing aspects of the whole coronavirus/riot situation. Outside of a few outspoken members of the Republican Party the rest have been completely silent.

Is he not aware that he is the leader of the republican party as president of the country?

I don’t know why no one is doing anything about any of the lunatics and terrorists. They are having their way destroying our country with very little pushback from anybody! Pretty soon it will be too late. A lot of weak individuals are probably in on it that are willfully turning a blind eye. Lawlessness and craziness running loose with no interference. Pretty soon the whole country will be overrun. Everyone is just letting them have their way.

Another busy week for liberals as they focused their attacks on;

Last week it was;

I wonder what this week has in store. Conservatives have been quiet for too long and it’s time to stand up and be heard.

It’s obvious to everyone paying attention that they are manufacturing all of this. The fact that Republicans won’t get off their asses either means they are in on it or are truly too weak to be in leadership positions. Either way, the outcome should be the same. Vote them out. 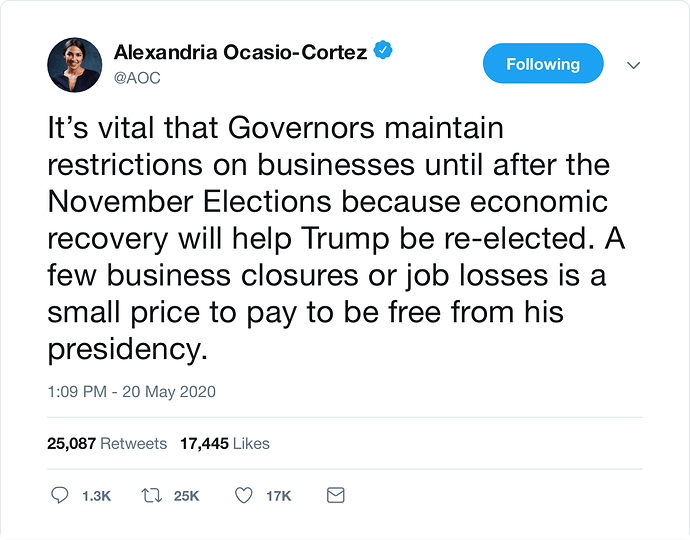 If she actually tweeted that she should be arrested for sedition.

The left has mastered the art of war, the right is looking around saying what happened???

Tougher Republican response? Hmm? Tucker calls out this baffoon who seems to be out of touch!