Trump at the G-20 Bi-Lat Summit in Osaka Japan

While most here continue to focus on other issues, as does MSM the most important meetings are taking place at the G-20 summit where Trump is set to meet with President Xi of China in an attempt to restart trade talks and resolving trade issues between the two super-powers in order to come to an agreement that is fair for both countries. The current Tariffs have been working and having an adverse effect on China’s bottom line and Manufacturing output as latest numbers suggest. Also to add to that equation is the fact many US firms are now exiting China and going to places like Vietnam, India for more favorable terms and protections. Also take into account that In two visible signals: (1) Chairman Xi brings back Vice-Premier Liu He to the table, signaling potential concession. However, (2) President Trump brings U.S. Manufacturing Policy Advisor, Peter Navarro, the arch nemesis Beijing, signaling no compromise. (Love this, Trump is standing firm)

The other issue in why this meeting and the trade dispute with China s so very interesting is the ongoing negotiations with Kim of North Korea, and how China is using that as a bargaining chip to gain concessions from the US for more favorable trade policies. NK and Kim are virtually China’s hostage, and Trump and team knows this, and anybody who has been following this issue for as long as I have, then you know that this is very much the case.

Listed below is all the coverage you need from one source. Sundance at the Last Refuge has been covering this pretty extensively when no other media outlet has, so if you are in need of more indepth insight as to why this is so important for the future prosperity of not only the world but for the country, then I direct you to read the articles and links below. Take some time when you have some to spare and carefully read up on this subject matter. The Links are in succession starting with the most recent and going to day 1.

NOTE: Don’t be like some idiots here who don’t bother reading anything but just come to threads to make stupid comments. Don’t be that guy, be the guy who is informed and knows the issues before making a comment, intelligent discourse is wanted for a thoughtful and meaningful discussion at hand. 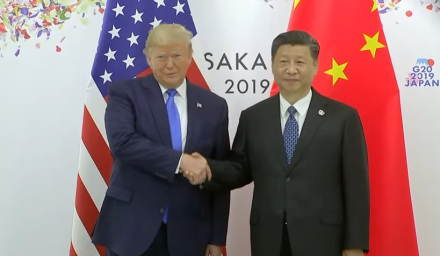 The event the world is waiting for happens at 10:30pm EST.  President Trump will be holding a bilateral meeting with Chinese Chairman Xi Jinping. All eyes are turned towards Trump and Xi as they go… 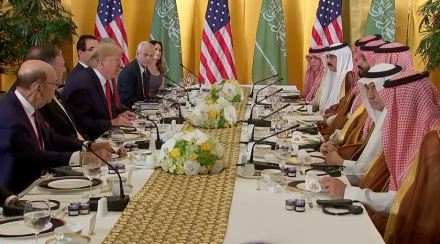 As President Trump begins day-two at the G20 he happens to tweet a public message to Chairman Kim Jong-Un about a quick meet-and-greet at the DMZ.  You know, if you’ve got a few minutes…… 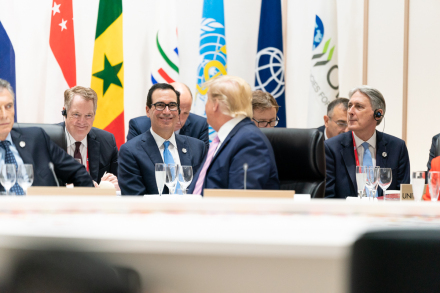 Day two of the G20 Summit in Osaka, Japan, will include the much anticipated meeting between President Trump and China’s Chairman Xi Jinping.  The world is paying close attention to this bila…

During an earlier G20 discussion of technology in a fast digital age, President Trump highlighted the potential security compromises with the new 5G communication network.  This was an indirect sho… 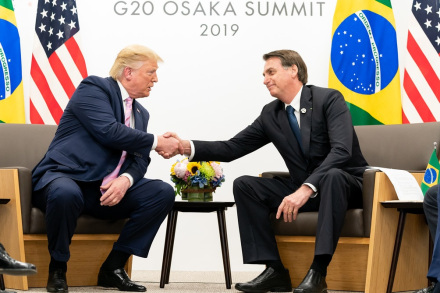 The last bilateral meeting of the first day at the G20 in Osaka, Japan, was held between President Trump and Brazil’s President Jair Bolsonaro.  [Video and Transcript] The US accounts for 34 … 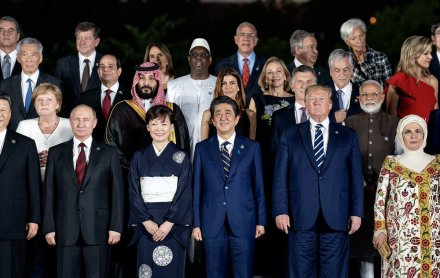 The G20 summit in Osaka was filled with smiles, kisses, and handshakes between world leaders on their first day of meetings as they came together to discuss global issues such as trade and the digi… 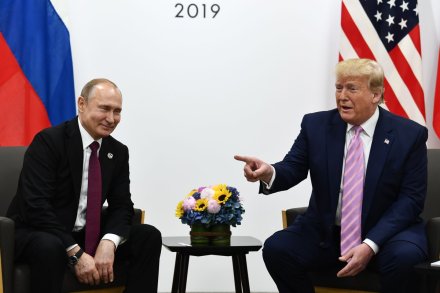 There will be more detailed summaries coming later; however, here’s some of the more interesting aspects so far.   The G20 Osaka, Japan Group Picture: (Click Image to Enlarge) As expected the…

The noose gets tighter for the New World Order proxies.

haha, the flag goes to show who is working for the New World Order.

Because it was off topic you fking moron! Read the OPED, which explicitly states and points out idiots like you commenting on threads without reading first the context! Can you be any more dumber? The flagging was justified in this case and inappropriate! Get a clue!

NOTE: Don’t be like some idiots here who don’t bother reading anything but just come to threads to make stupid comments. Don’t be that guy, be the guy who is informed and knows the issues before making a comment, intelligent discourse is wanted for a thoughtful and meaningful discussion at hand.

I thought it was a smart move when Trump offered some concessions to China regarding Huawei. I wasn’t expecting any news on that at all. Despite the critics, I do believe that Trump knows intuitively how to make a good trade deal. It’s all about negotiation and concession. As they say, if both sides walk away not particularly happy, then it was a good negotiation.

I thought it was a smart move when Trump offered some concessions to China regarding Huawei.

I have mixed feelings about that, and he mentioned about selling certain components to Huawei but not letting them access to our market! Still more information is needed, but when it comes to the Chinese and the communist party, they can never be trusted. The entire back door ability that goes with the 5G network that poses as a national security issue is one that needs closely watching! I trust commerce secretary Ross to make sure that doesn’t get ignored. Still a long way to go with these negotiations and my feeling is that there ultimately won’t be a deal until after the 2020 elections as the Chinese are going all in for a Democratic candidate to win and are playing the Long game!

He probably forgot he wasn’t supposed to let up the pressure on Huawei. It was too early and a very stupid move.

I don’t really understand the importance of these meetings. Nothing really ever gets accomplished. I guess the only upside is that leaders can talk directly to one another without having too many people listening to what they’re saying. Other than that it seems to be a big waste of time and money.

The importance of these meetings is the venue where world leaders get to all meet at once and discuss and negotiate topics of common interests such as bi-lateral trade. There are other reasons as well such as cultural and political. In the case of China, the importance of not losing face is one to note upon, especially if you consider the relationship between the two countries has been tense due to the ongoing standoff in its trade dispute. So Xi traveling to Osaka then meeting Trump on neutral territory allows Xi to save face and not appear weak as one example out of many. Meeting many leaders individually is very time consuming and a slower process, whereas having summits like these provides opportunities to have multiple dialogues addressing a myriad of issues at once!

I still don’t believe that Trump will follow through on that concession! He may be playing the public Panda face, using China’s own strategy by mirroring their behaviour! He has been doing this ever since these trade talks started. Someone told me something very interesting too, that in retaliation for Trump firing missiles in Syria while Xi was visiting at MarLargo a while back that the Chinese orchestrated the ramming of the Navy destroyer! Trump hasn’t forgotten this and he aims to bring the Chinese to their knees while holding most of the cards in these trade talks. China’s economy is very vulnerable right now and Trump knows this and will use this until he gets what he wants! It’s either deal or no deal!

Policies, or at least “western” policies, are determined in Bilderberg meetings. G-20 (The number may range from 7 to 30) is a window dressing.

It won’t hurt if these guys meet once a year to socialize.

Here is a more detailed explanation of what this latest negotiations were about, and especially pertaining to Huawei.

President Trump has tweeted the high-level status of the negotiation restart.  Essentially the outcome is as we expected. Trade talks resume from former stalled point. [Likely Vice-Premier Liu He i…