Trudeau and Wilson-Raybould: The scandal that could unseat Canada's PM

Ah, the pseudo-socialist PM of Canada is a corrupt corporate goon. No surprise here.

Mr Trudeau has been accused of pressuring his former attorney general to cut a deal with a company facing corruption charges - and retaliating when she refused to play ball.

The revelations could cost Trudeau the October general election, some pundits say.

The former AG says Trudeau and his staff spent months trying to convince her that taking the company to trial would cost Canadians jobs, and their party votes.

She also says she was subject to “veiled threats”, which she believes were made good when she was shuffled out of her department.

The spurned ex-minister: Jody Wilson-Raybould was Canada’s attorney general and justice minister. Unlike in the UK, the two roles are held by the same person.

She was also Canada’s first indigenous justice minister and worked on a number of pieces of landmark legislation, including legalising cannabis and assisted dying.

In January, she was shuffled from the justice department to the department of veterans’ affairs - a move many saw as a demotion.

The corporation: SNC-Lavalin is one of the world’s largest engineering and construction companies.

The company faces fraud and corruption charges in relation to approximately C$48m ($36m; £28m) in bribes it is alleged to have offered to Libyan officials between 2001 and 2011, when Muammar Gaddafi was in power.

The firm has openly lobbied to be allowed to enter into a remediation agreement instead of going to trial, saying it has cleaned house and changed its ways.

The PM: Justin Trudeau is Canada’s prime minister. He won a majority government in 2015 on a platform of transparency, gender equality and a commitment to reconciliation with Canada’s indigenous peoples.

He faces a federal election in October 2019.

SNC-Lavalin is based in Quebec, a swing province that has long been viewed as essential ground for the Liberal Party to win during an election - which is coming up in October.

When the Liberals win Quebec, they often win a majority of seats in parliament. When they lose, they lose badly.

At the time that Wilson-Raybould says she was being pressured to cut a deal, Quebec was also in the middle of a heated provincial election that eventually led to the ousting of Quebec Liberal premier Philippe Couillard.

Wilson-Raybould says the federal Liberal Party kept raising the Quebec election as one of the reasons why she should consider cutting a deal with SNC-Lavalin.

Trudeau has denied wrongdoing and says any lobbying by him or his inner circle for engineering giant SNC-Lavalin was done to protect jobs.

Speaking to reporters on Thursday morning, Mr Trudeau said he disagreed with her “characterisation” of events and maintained his staff followed the rules.

Many speculate that other top officials that Wilson-Raybould named may follow.

Canada’s ethics commissioner is investigating Wilson-Raybould’s accusations to see if any conflict-of-interest rules were broken. For her part, Wilson-Raybould says she believes no laws were broken, but that the prime minister’s office acted improperly.

But the real question is what this could mean for Trudeau and his election in the fall.

Conservative leader of the opposition Andrew Scheer has already called for Trudeau’s resignation, saying he no longer has the “moral authority” to lead.

That seems unlikely, but what is likely - at least according to columnist Chantal Hebert and other political pundits - is that “the Liberals will likely go in the fall election campaign with the SNC-Lavalin albatross still hanging around their party’s neck”. 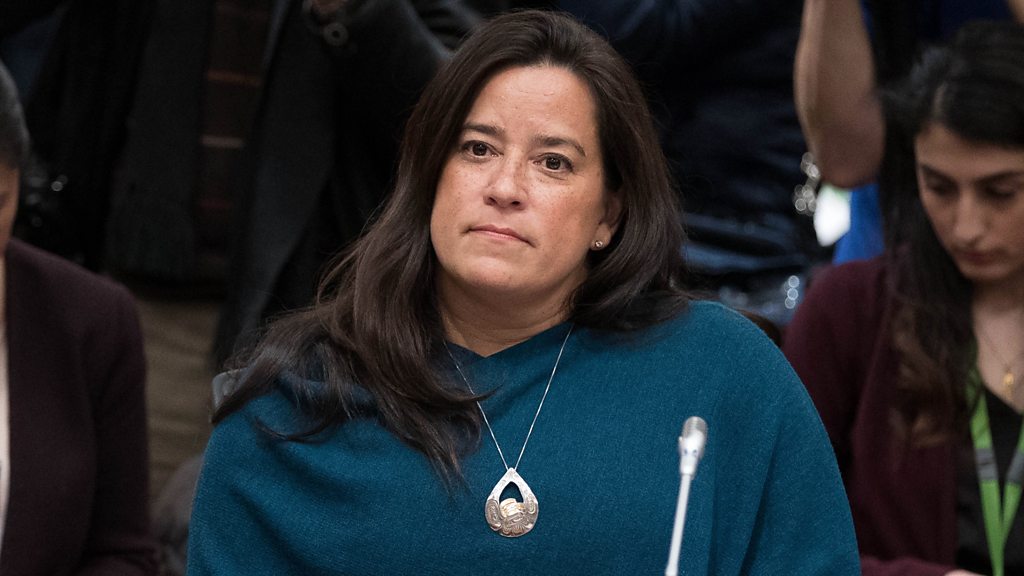 A deepening crisis for Trudeau - what it means

Another minister goes as criticism of Justin Trudeau's handling of a corruption case grows. What happened?