Toward a Grand Unified Theory of Snowflakes

Of all the flakes of snow that have fallen since the first one formed after the conditions were right, no two snowflakes have been identical. Of all the mind boggling scientific facts known to mankind, that must be a the top of the list. 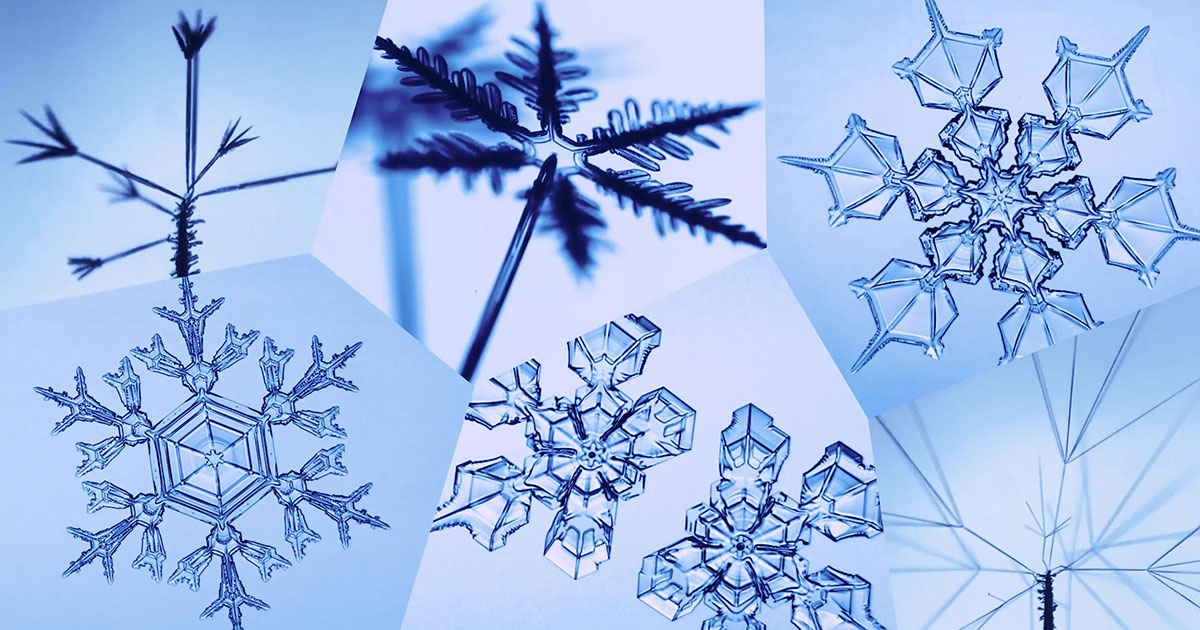 Toward a Grand Unified Theory of Snowflakes | Quanta Magazine

Snow crystals come in two main types. The “pope” of snowflake physics has a new theory that explains why.

It doesn’t “prove” there has “never” been 2 snowflakes the same.

In infinity it probably happens all the time.

The total number of snowflakes that have been formed since time began has not reached infinity. It never will.

Yet you would never know when that identical snowflake would turn up. It’s not as though nature wouldn’t allow it until a certain number was reached throughout the universe. 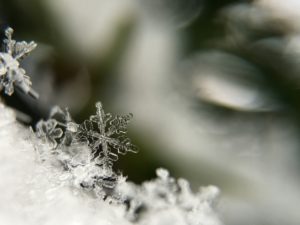 Is It True No Two Snowflakes Are Alike?

Learn whether it's true no two snowflakes are alike and why it matters whether you are looking at snowflake shape or microscopic differences.

Interesting exercise in probability but it’s a theory that cannot be proven. There are far too many snowflakes to ever identify individually.

That is patently obvious. Some of them have melted already.

This argument is sufficient to convince me to believe that the probability that any two snowflakes ever created have been or ever will be identical is infinitesimally small.

Why No Two Snowflakes Are Alike

While snowflakes might appear the same, at a molecular level, it’s very nearly impossible for two to be the same. There are multiple reasons for this:

To summarize, it’s fair to say sometimes two snowflakes look alike, especially if they are simple shapes, but if you examine any two snowflakes closely enough, each will be unique.

I don’t wish to sidetrack the OP; but there are identical snowflakes; and I won’t do this again. https://youtu.be/wDYNVH0U3cs?t=2

OK, back to the Theory of Snowflakes. I doubt two are ever alike, if you go down to the molecular level. 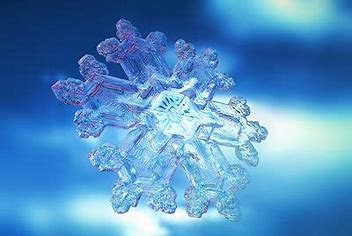 There are things that are viewed - perceived as identical, but even they have slight variations at the molecular level.

I doubt two are ever alike

Two can be alike, very much alike or nearly identical; but not absolutely identical.

So called “identical twins” are not completely identical…ever.

Objects that are sufficiently alike to preclude detection of molecular differences may be deemed identical but will not be completely identical.

If you can read and understand the quoted paragraph in post #7 above, you will agree that no two snowflakes have ever been completely identical.

Even two or more identical snowflakes could occur at the same, identical moment.

Even those statements, that speak in finite terms, cannot prove there couldn’t be two the same.

These articles are only saying that in finite terms, it would be exceedingly rare. There is still nothing proving there could never be totally, exactly, two identical snowflakes.

Infinity is really a vast period existing in the present moment. In infinity, two identical snowflakes would occur an infinite number of times.

Probability is relative and there is no shortage of snowflake occurrences in the universe.

Even those statements, that speak in finite terms, cannot prove there couldn’t be two the same.

Nobody here has claimed to be able to prove this negative…just that the probability is infinitesimally small…like nearly zero.

Of course snowflakes themselves are always transforming and changing, so every moment, the snowflake is not identical to itself from moment to moment. This is because of temperature and movement and infinite variables.

An individual snowflake is following a trajectory of causation that is relatively, incredibly unique, yet this still does not preclude a number of completely identical snowflakes, following the identical trajectory, and landing on the tip of your nose at the exact same moment.

Of course snowflakes themselves are always transforming and changing, so every moment, the snowflake is not identical to itself from moment to moment.

This is a ridiculous posit. Any describable thing that exists is always identical to itself at any instant of time. Things that change over time simply differ from their previous state.

Since you appear to ignore the argument related to molecular level comparisons, this discussion will forever be fruitless. You have your belief; I have mine.

I don’t think you understand what I was saying there…the sentence you highlighted… I was saying exactly that this “snowflake” is always transforming. A snapshot of a snowflake would change each moment. My point is that, even all those moments can be reenacted, not just one moment of a single snowflake and could happen at any time.

There is no quota of snowflake types that has to be met, or any restriction on repeating snowflakes.

Molecular level comparisons still don’t prove there can’t be identical snowflakes. It only shows what is already obvious, that in a finite realm duplicate snowflakes are relatively rare. Since I am talking about infinity, that would actually mean that there would be infinite, identical snowflakes

“Fruitless,” ? I don’t know. Why would one want to believe every snowflake is unique? The thread title seemed broader than that old saw about “every unique snowflake”