This is an issue that I have been a dog whistle about for quite some time! It is my belief that elections indeed are being stolen, and the latest development with the surge of illegal immigration and the states like California, Colorado, New Your issuing licenses, free healthcare and it’s easy to see the motive is clear!

If Tom Fitten says there is Shenanigans going on with the Democratic Party rigging the voting system then I believe it’s happening! It not just with illegals voting either, there is also the issue of corrupt election Supervisors, and ballot harvesting in California! 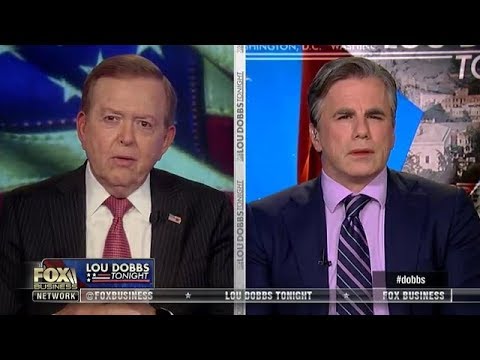 I have no doubt but that it is happening and in numbers large enough to seriously affect the outcome of elections from the local level on up.

You of all people should know nothing is impossible! A huge challenge? Yes! But not impossible! I have faith that God’s justice reigns supreme!

This should be a surprise and shock to no one. If the ICE raids don’t happen because Trump is being a pussy about it then expect the Dems to win in 2020 and for all of us to face retribution for 2016.

They have been voting illegally for decades. There is evidence of this going back to the days of Reagan amnesty.

It sure wouldn’t be with strict Voter ID laws, which needs to be addressed at the national level. Any Democrat that brings up “state’s rights” is a bullshitter. We all know they don’t care about state’s rights so why play along like they do and accept their argument? It’s stupid and tactics need to change.

Where it’s most rampant is where democrats control all of the voting and voter registration apparatus and as we’ve seen with prior investigations can frustrate the investigators completely.

Take a look at Trump’s Voter Fraud Commission and how that worked out.

Add to that the prosecutors and judges that will refuse to cooperate or find every possible excuse to dismiss charges and it becomes a huge hurdle to try and get over.

Then you get to the political fallout that follows where every effort to clean up the voter rolls is demonized to hell and back as “racist”.

If you have enough political will almost nothing is insurmountable but without it even small obstacles become sheer mountains and right now the political will simply doesn’t exist to go after them hard.

Twenty plus years of the press convincing people that there really is no problem and that all such attempts are just the hateful actions of far right white nationalists and the public simply doesn’t have the stomach to support such efforts in large enough numbers for even someone like Trump to succeed in any serious efforts to root them out.

“Real ID” was enacted in 2002-03 and it still didn’t solve the problem because the democrat enablers are happy to help them succeed in perpetrating frauds to get and stay registered.

Unless and until you can wrest control of the polls and registration apparatus in our major cities it will continue.

As we’ve seen even in the federal gov’t there are large numbers of leftwing political activists willing to do anything to further the cause.

With as many as 20-30 million illegals in the country and at least 70 million or more people willing to enable them the problem may well have already reached a point at which there is no real possibility of cleaning it up.

YES, voter ID laws. If you don’t have one then you don’t vote period. Anyone against his simple solution just doesn’t want fair elections.