The asinine asses at Facebook have equated the truth to hate speech.

In an effort to subdue the truth regarding deaths of innocent American citizens at the hands of illegal aliens, Facebook’s goon squad has removed a truthful post and took down this mother’s entire page for telling the story of her son’s death caused by a drunk illegal alien driving the wrong way on a Mesa Arizona highway.

What the hell are we supposed to do? Just ignore the FACT that these ILLEGAL VERMIN are killing American citizens? 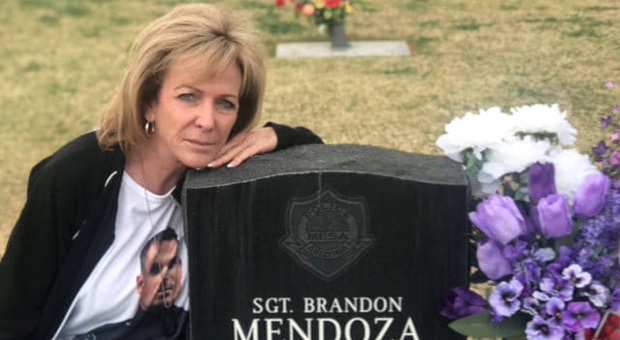 This is why everyone needs to just stop using Facebook. There have been a couple of attempts at this, but it would be great if everyone on the right just decided to delete the app and all of the other apps that Facebook owns off their phones. Facebook is garbage.

I’m sure there are folks here like me that do not use Facebook but I suspect there are plenty that do.

Facebook exists to make money and does it by selling advertising and data about its users.

People hate overt advertising, it is hard to disguise it and very expensive to make it palatable.

Facebook is a public corporation and has to keep making more money which means it has to either find new ways to sneak ads into your experience or find ways to mine and sell data about who you are and how you act.

Much of the same can be attributed to Google, both tell us to trust them but the depth of Facebook’s ability to allow users to build social networks and then use that data to assess social interactions of any scale and identify behavioral weaknesses and bias is unique.

Because of the fickleness of attention to advertising Facebook will eventually be replaced.

I encourage people to be a part of making that eventuality come sooner.

I’ve considered giving up Facebook. There are other ways to share pics of the kids, and the idea that I will not be able to easily communicate with that 2nd cousin I used to see at Thanksgiving, or my high school locker partner is easy to overcome.

The part I’m struggling most to give up is probably the part that makes FB most valuable to those companies using micro marketing. I’m on several groups to support my obsession with genetic genealogy, for example. I’m looking for website equivalents though, and every time I find one, I drop a group. I’m down to my last 3 or 4.

I don’t really read Facebook, but there are a few older family friends who have never figured out email, and send me messages on it. I also have a private group for all my graduated community college students, but there isn’t much activity there.

Facebook is evil! It makes me SICK that they did this to these poor mothers. It’s like adding insult to injury. Illegal Aliens already killed their children. Talking about that fact or raising awareness isn’t hate speech. Facebook itself is a toxic place and everyone needs to get off ASAP.

I don’t like the fake lives that so many people live on it. I know some of the most boring people and they are constantly posting of themselves on some kind of adventure that they are only taking so they can post pictures on Facebook.

The problem is it has become so ingrained in what we do. People often get very judgmental if you say you don’t have a Facebook account. It’s weird.

I keep hoping that one day they will get caught up in a huge scandal that will totally destroy them.

That was an incredibly biased article. She could have actually been making inflammatory and hateful posts and that’s why she got banned. Instead of wasting your time on this obvious fake news you should focus on things that are actually hurting America.

Personally, I wish Facebook would stop selling advertisements to Russian groups who want to destroy America. As a service, I love Facebook but they need to eliminate all official Russian presence from the site.

I don’t use any social media anymore. I have a Twitter account but that’s only for news and alerts. I don’t actually tweet anything or get involved in all of the nastiness. It’s a really toxic place. Facebook - yeah - not giving Mark Zuckerberg any of my personal information. Once you post a photo or video on Facebook, it’s their property and they can use it any way that they wish. Facebook is cancer. Avoid it if you can.

Facebook and Twitter are committing suicide they’re shutting everybody down with different ideas than them. Did you guys know Facebook bans 1 million profiles per day? Facebook admitted to it. I’ve been banned on Facebook for a long time now. I literally just read an article that says that our ideas are security risk to Facebook. So ideas that are against immigration, pro-Trump, pro-law enforcement are considered security risks on Facebook.

Google, Facebook, Twitter, etc all exploded when people saw that the MSM media had become nothing more than a propaganda machine. Now they will implode for the same reason. Just wait. It’s only a matter of time. Before Facebook there was MySpace. The bigger and more corporate these social media companies get, the less people will use their services.

The problem is it has become so ingrained in what we do. People often get very judgmental if you say you don’t have a Facebook account. It’s weird.

I don’t do Facebook, either. If I want to share something with someone or keep up with their lives, I’ll do it in person, on the phone or via email.

focus on things that are actually hurting America.

I dumped Facebook after the Fuckerburg testimony in Congress where he said they need to do more to censor Facebook. I haven’t missed it and it hasn’t missed me. Friends quickly started sending me texts instead of Facebook posts and I don’t have to read the utter BS that goes along with the Liberal friends on there and because I’m not watching their stupidity online, I’m actually less annoyed with them and can enjoy the parts of our friendships that are good. They just know enough not to start telling me how great Socialism is because I break it off in their ass when they do.

I never had it or ever want it . Just another liberal shithole to spread PC BS . I hope Fuckerburg goes bankrupt . Tax those F-ing liberals like no other .

Why are you so angry that Facebook isn’t tolerating hate speech? I thought you conservatives love the private sector? Facebook is a private company and they can do whatever they want, that includes banning racists for hate speech.

Stating the FACT that innocent people are killed by illegal aliens is not hate speech. It merely exposes the idiocy of the left in welcoming and protecting illegal aliens rather than supporting the victims of their crimes.

The illegal alien drunk driver should not even have been in the United States. The death of Mary Mendoza’s son would not have occurred as it did had the worthless piece of shit not been allowed through our porous border.

There are hundreds of other American citizens that might still be alive today had it not been for some goddamned illegal alien KILLING THEM.

Fucking bleeding heart liberals ignore this because it doesn’t fit their narrative that ‘open borders are good for America’.

Liberals are without a doubt the most full of shit group of people on earth.

Liberals are without a doubt the most full of shit group of people on earth.

And yet we are winning.

I guess you haven’t been paying attention either. Let me give you a quick rundown:

Pretty soon we are going to take control of everything. Once that happens I’m going to be laughing so hard.

It’s that dementia from which you suffer that causes you to think you’re winning.

Liberals are losing all over the globe. Sensible people have had enough of your shit.