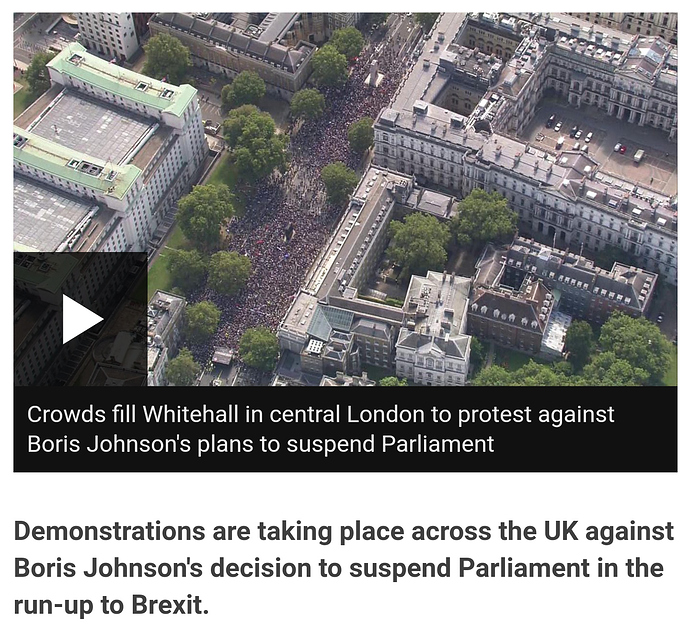 Let us examine the photos provided by the BBC.

Demonstrations are taking place across the UK against Boris Johnson’s decision to suspend Parliament in the run-up to Brexit.

Thousands of protesters have taken to the streets in cities including Manchester, Leeds, York and Belfast.

In London, Whitehall has been brought to a standstill, with demonstrators chanting “Boris Johnson, shame on you”.

A small group of counter-protesters, marching in support of the prime minister, also arrived in Westminster.

Mr Johnson’s plan to prorogue Parliament prompted an angry backlash from MPs and opponents of a no-deal Brexit when he announced it on Wednesday.

When Parliament is suspended, no debates and votes are held. This is different to “dissolving” Parliament - where all MPs give up their seats to campaign in a general election.

If this prorogation happens as expected, it will see Parliament closed for 23 working days.

Critics view the length and timing of the prorogation - coming just weeks before the Brexit deadline on 31 October - as controversial. 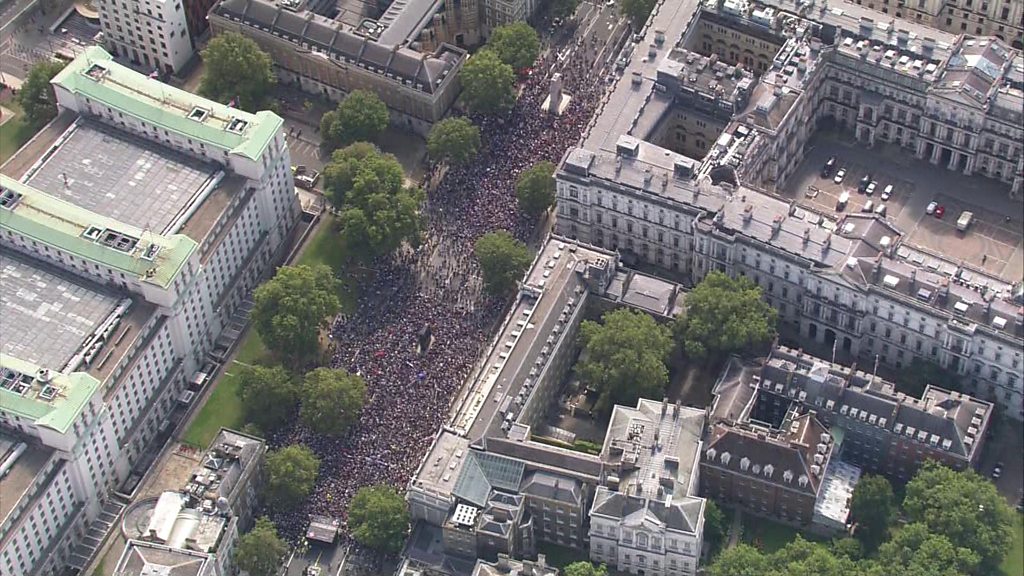 This is the beginning, everyday the communists will grow more and more violent. They’re going to group up, and there will be agitators in the crowd to whip the cultists into a frenzy.

It must be nice for the people of London to see a handful of native British people in their midst for a few hours.

Point is…these crybabies can keep crying. The people voted to leave and that’s what the government is obligated to do.

I’ve just Twittered Boris, saying we might have prevailed had it only been the Westminster traitors we were up against, but it’s so obvious that the national press is on their side too; plus the Brussels-financed protesters, and the remainers who’ve been fooled by Project Fear, we don’t stand a chance of getting out. But mark this . . . when the dust settles and the status quo ante is restored, Juncker and Tusk will really make us pay for stepping out of line.