Thousands of Disney customers say they have been hacked after signing up to its online streaming service.

Since Disney+ went live, hackers have stolen thousands of customers’ accounts and put them up for sale on the dark web, according to a report.

People waited on telephone and online chat lines for hours, and many still say that Disney has yet to sort their problems.

The company has not replied to a request for comment.

Disney’s answer to Netflix, Disney+ is an online platform where fans can view its movies, short films and TV shows, including the Marvel and Star Wars franchises.

Ten million people signed up in its first week.

Disney+ has not yet launched in the UK, but is available in the United States, Canada and the Netherlands.

On 12 November, its first day live, people had technical problems and many complained on social media.

Others said they were locked out of their accounts, and since they contacted Disney they have not heard back.

According to an investigation by Zdnet, thousands of user accounts went on sale on the dark web.

Only hours after the service launched, hackers were selling Disney+ accounts for as little as $3 (£2.30).

With the help of a cyber-security researcher, the BBC also found several hacked customer accounts for sale on the dark web.

Thousands of these stolen accounts show what kind of subscription the person signed up with and when it expires.

Customers say they saw their emails and passwords changed.

Many say they used unique userIDs and passwords to access the streaming platform.

But Jason Hill, a lead researcher with CyberInt, says it looks like many were stolen because people use the same passwords for different sites.

Mr Hill said that hackers can lift someone’s password from a different site which has previously been hacked and then try it on a new site, like Disney+. If it works, they steal the account.

“Whilst many may consider having a unique password for each online service to be difficult to manage, password managers simplify this process and allow you to generate and securely store unique difficult-to-guess passwords,” he said.

The streaming service does not have two-factor authentication.

Others are concerned because they can use their Disney+ login to access other products the company provides, like the Disney store and its recreation parks.

The online streaming service was hit by technical issues on its first day. People took to social media to complain that their pre-ordered streaming service did not work and that they faced long waits for customer service.

The company said in a tweet that it had an “overwhelming response” and apologised. 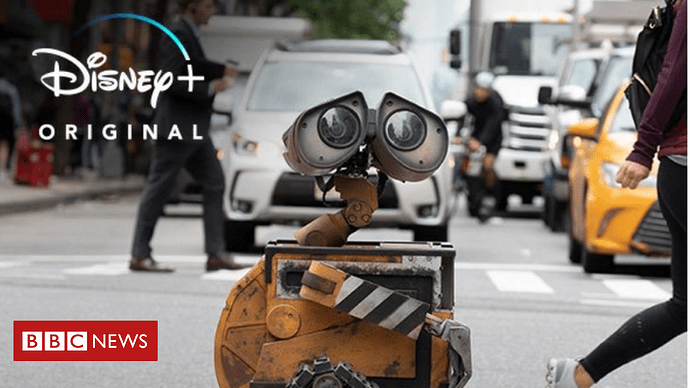 Hours after its new streaming service was launched, customer details were sold on the dark web for under £10