Thomas Sowell Is probably the most important Philosopher of our time! A very illuminating look at him and his evolutionary path to how he formulated his ideas, is both fascinating and inspiring at the same time. Thomas Sowell is the embodiment of a “honest intellectual!” Leftists purposely don’t interview him because they simply can’t refute nor discredit his arguments while being exposed by him for their flaws in their ideology in how to fix problems. Furthermore he has proven time and time again how Democrats or the Liberal school of thought has been wrong in their applications in practice and their failures to boot. One of the most brilliant minds still living today is still imparting wisdom for practical living! In other words he is by far an American treasure that we should seek out to better understand our own way of thinking! I read Thomas Sowell all the time. He is an inspiration to anyone with a brain stem.

There is nothing that he illustrates that any leftist can refute. The key word in what he demonstrates “honest intellectual” is something the left can’t comprehend nor put into practice to champion their ideas, rather promote their platform with lies while avoiding debate of them to which using moral relativism to attack and tear down institutions of thought is the weapon of their choice.

Thomas Sowell speaks in facts and is concise in his language, and the very tone of his voice is one that is both with authoritative reasoning and articulate to the point everyone can understand. There is a reason why he is not invited on television anymore, the left fears him, why? He makes them look foolish!

I found Sowell listening to Friedman. He’s since been my favorite Conservative voice. Absolutely amazing man.

Act 1 of Thomas Sowell’s Magnum Opus appeared Wednesday in your Daily Republic when he attempted to show us that “Rhetoric remains the liberal’s strong suit.” Sowell starts off with his own right-wing rhetoric by saying that “someone” called President Obama “educated,” “smart,” and “ignorant.” Well, “someone” called Thomas Sowell “educated,” “smart,” and “ignorant,” too. So there.

Sowell goes on to “prove” that liberals are wrong by saying that socialism failed in 18th century Georgia, that there is no income gap between men and women, and that prenatal care is not important.

Let me use Sowell’s “logic” and “prove” that all right-wingers are wrong because fascism failed in Germany in the 1940s and old folks love Medicare and Social Security. So there. That’s just as absurd.

Act 2 came in your Thursday Daily Republic with Sowell’s column titled, “Minimum wage debate rages sans facts.” True to his word, his article contained very little in the way of facts. Sowell “proves” that minimum wage laws increase unemployment by telling us that Switzerland and Singapore have no minimum wage laws and have low unemployment rates.

So, in our vast and diverse world, he was able to cherry-pick two places with low unemployment and no minimum wage. 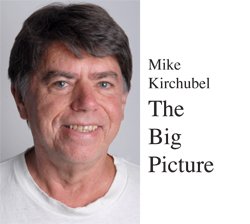 Good morning, Fairfield! Welcome to another nice, warm, wonderful day in paradise. Just remember that you could live somewhere, anywhere else in America, and be covered with snow with daytime highs rising into single-digit territory. We can’t make it...

No surprise Montecrusty finds a contrarian partisan hack to champion his echo chamber who actually opines on his own Cherry picked views and skews the context with revisionist history! What’s that called again? Oh yeah Moral relativism!

Ha ha! Monte do you actually read the stuff you post or as usual you did your Google search and found a detractor to copy and paste it here to sound as if you know what is being said?

Sometimes the fools fool themselves while making fools of themselves at the same time!

Hey your free to post any success stories in Democratically run cities or states in America with your Bernie bro retorts instead of using false equivalencies such as Singapore or Switzerland which are by definition Capitalist social states and not socialist countries!

Is that idiot still replying to me? I figured after me ignoring him for the last three weeks or so, he’d get the idea that I don’t give a shit what he says.

Come on, there HAS to be one city run by Liberals for the past 30+ years that isn’t a shit hole with high crime… well, maybe not.

Come on, there HAS to be one city run by Liberals for the past 30+ years that isn’t a shit hole with high crime… w

You haven seen nothing yet !!! When the tax rate hits and the trillions are spent and jobs vanish , unemployment see records rates , dems become billionaires , the Biden cartel will be richer than Gates . China is licking their chops !!! 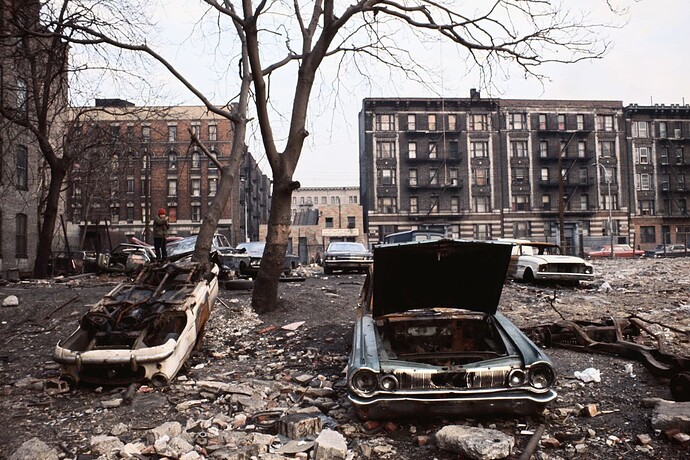 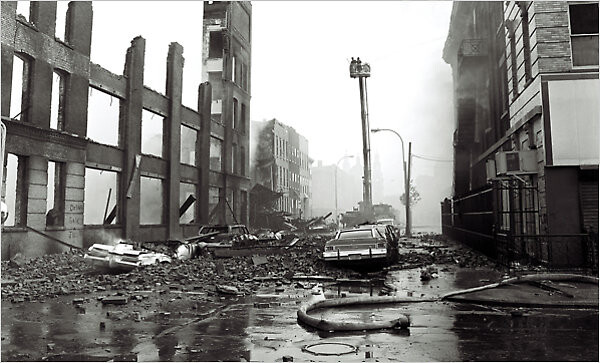 Perfect example why getting out of the cities is the best plan right now.

getting out of the cities is the best plan right now.

It maybe too late …

For some, but not for all. Leave the Monty Crusty’s of the world to rot in hell and save the others who will be loyal to their country.

He is just a plain asshole that remains on this site to express his utter stupidity . I wouldn’t be surprised to find out Monty is really Dianne Feinstein !

This was such a great read. Joe Rogan’s mind is blown! 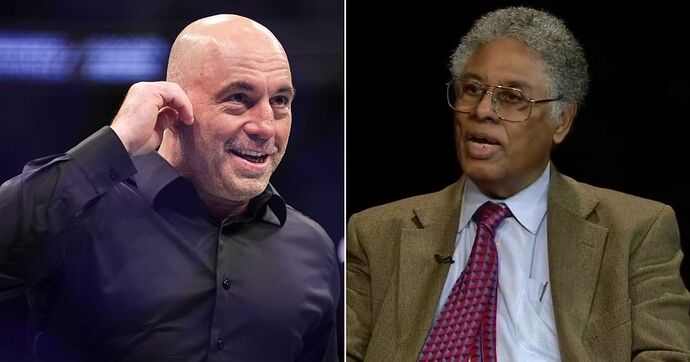 Joe Rogan learned more about Thomas Sowell during his podcast and it is helping open more learning about Sowell's honest scholarship on race.

The latest by Thomas Sowell

The Point of No Return, by Dr. Thomas Sowell

This is an election year. But the issues this year are not about Democrats and Republicans.

Thomas Sowell is an American gem.

No doubt! He has been predicting the shit we are going through today many times over in the last 30 + years!