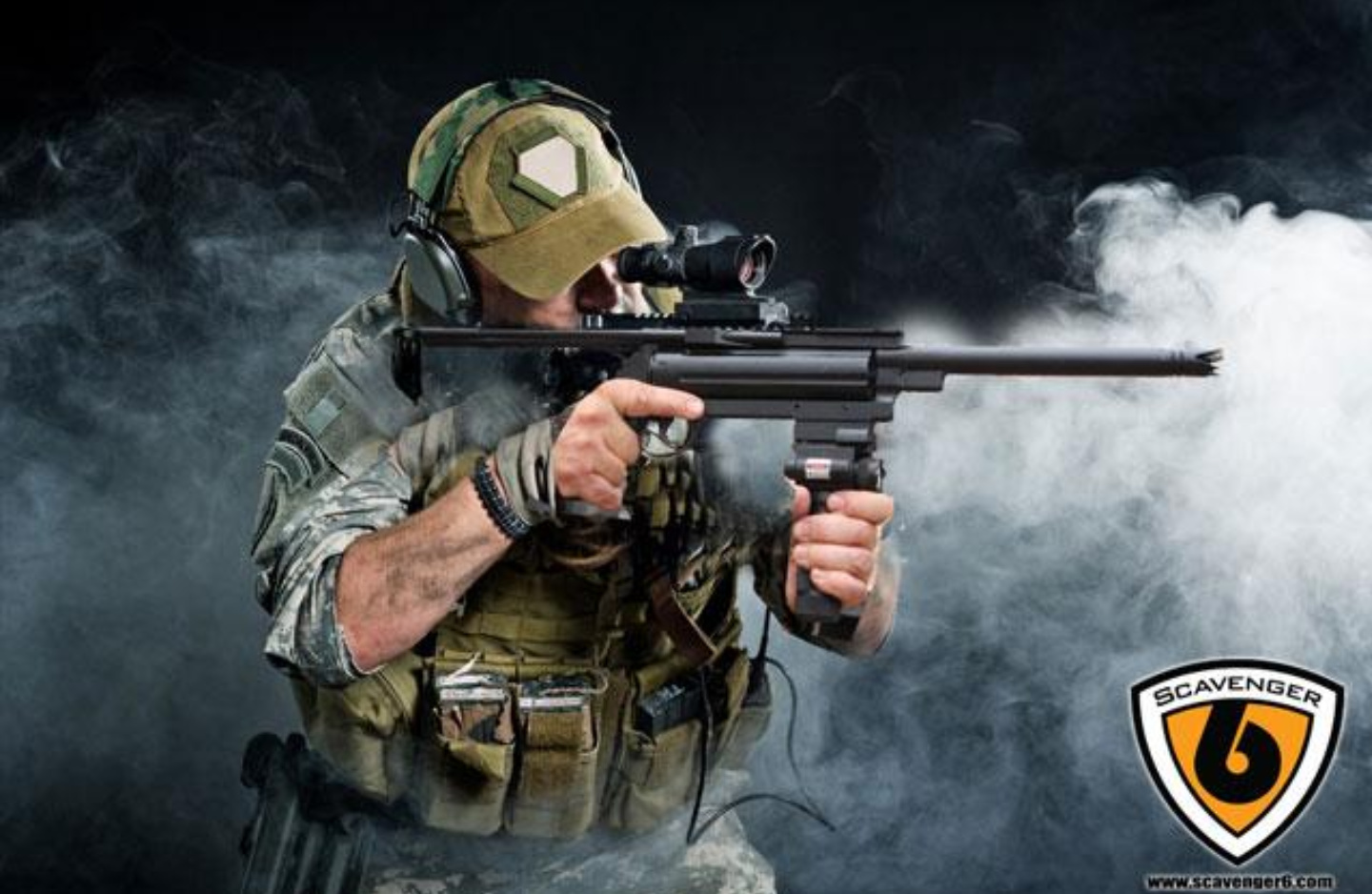 The Scavenger 6 is a new rifle that looks like a revolver and can fire 21 different calibers of ammunition, just by swapping out the cylinder.

The Scavenger 6 is a new rifle that looks like a revolver and can fire 21 different calibers of ammunition, just by swapping out the cylinder.

In a post-apocalyptic scenario where survival is dependent upon scavenging resources, it pays to be prepared. That’s the thinking behind Scavenger 6, a new rifle that can fire 21 different calibers of ammunition.

Though rifle hardly seems a fitting term. It looks like a cross between a .44 Magnum and an M1A1 carbine, and the crazy thing is that’s not inaccurate.

Scavenger 6 was designed and created by Air Force veteran Tim Ralston, who rose to prominence as an inventor and survivalist after appearing on the National Geographic Channel’s “Doomsday Preppers,” a reality television show about post-apocalyptic scenarios and survival planning.

I think this would be a really handy tool to have in a WTSHTF scenario. It would probably be smart to pick up a couple of these so that way if one breaks down you have a back up.

I get the appeal of this concept but keeping up with all of the cylinders would be a massive pain in the ass.

You also gottta wonder how accurate this thing will be especially if you have a large bore over small caliber.

I think this is more of a marketing tactic @Tyfoon

You guys are all being crazy dismissive. If you only had one gun and kept scrounging ammo post-apocalypse you would be all set with this thing.

Unless one is short on space - or planning a nomadic existence- keeping multiple rifles seems to make more sense .

If nomadic, one needs to note that those “cylinders”, which look pretty long, will not be light.

If you are out scrounging ammo post-apocalypse you will probably already be armed with as many mags as you can carry. The smarter thing would be to determine the most common ammo types now and stock up on weapons and ammo. No need for all those barrels.

Maybe sharpie the caliber on each cylinder. Color coding?

You also gottta wonder how accurate this thing will be especially if you have a large bore over small caliber.

Just guessing, but looking at the length of the cylinder, it appears that it serves as the rifled barrel for each caliber. The long barrel would then serve only to extend the sight radius and balance the weapon. It would also provide a space to more thoroughly burn powder of calibers that need more length to do so. But you are right, that would affect accuracy, particularly with rifle ammo.

I’d definitely go with .22 LR Hypersonic; and one or two rifles & pistols that use that same ammo. More muscle than you think; and you can carry 1,000s of rounds. Larger calibers also, like .223. A dependable shotgun. Lots of pre apocalypse stashing would be prudent. A few dozen small stashes spread around. Heavy PVC Schedule 80 pipe & caps can be buried with contents double vacuum bag sealed & a good desiccator. Will last a few hundred years & still be viable. Warm the inside and contents before sealing to be sure minimal moisture inside. Just warm, not hot. This is what Schedule 80 PVC pipe looks like. 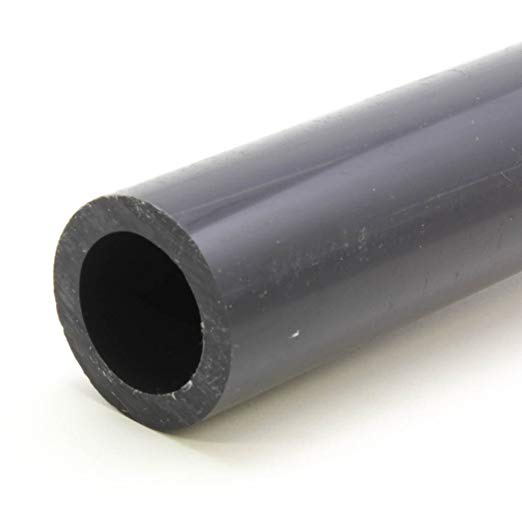 If TSHTF, learn to reload or perish. Every scrounged round has brass, primer, powder and bullet.

I would rather have three firearms that I am proficient with and could reload than 100 to shove crusty old ammo into.

Everybody likes 22lr, until it is time to make some more.

Do you guys remember Obama’s restrictions on Ammo in what was it, 2010, 2011? This makes the Scavenger 6 a VERY important design. Are they on the market yet? Oh look there’s google! …
nevermind.

Actually if you want to reduce moisture in the tube, you want to chill it before sealing. Cold air contains less moisture than warm air.

In a post apocalyptic world there will be over 300 million firearms and a billion plus tons of ammo to scrounge in the US not to mention all of the black powder guns/ammo/powder laying around that doesn’t even get included in the numbers.

Find any old firing range and you’ll have a lifetime of lead to scrounge to feed your low velocity rifles and pistols as well.

These numbers don’t even begin to account for all of the military and LEO firearms and ammo that will be there for the scrounging as well.

This is a gimmicky invention for people with way too much money.

No, you can’t reload it but you can buy a lifetime supply for a few hundred bucks and it keeps forever if properly stored.

If TSHTF, learn to reload or perish. Every scrounged round has brass, primer, powder and bullet.

I would rather have three firearms that I am proficient with and could reload than 100 to shove crusty old ammo into.

Everybody likes 22lr, until it is time to make some more.

Yeah, and even a coyote will laugh at you from 150 yards.

You forgot my bow. Silent.

Oh, yeah, and a short 12 Ga with a rifled barrel could sub for all of that.