Think the Green New Deal is about climate... NOT!

According to this story, AOC’s “handler” spilled the beans… 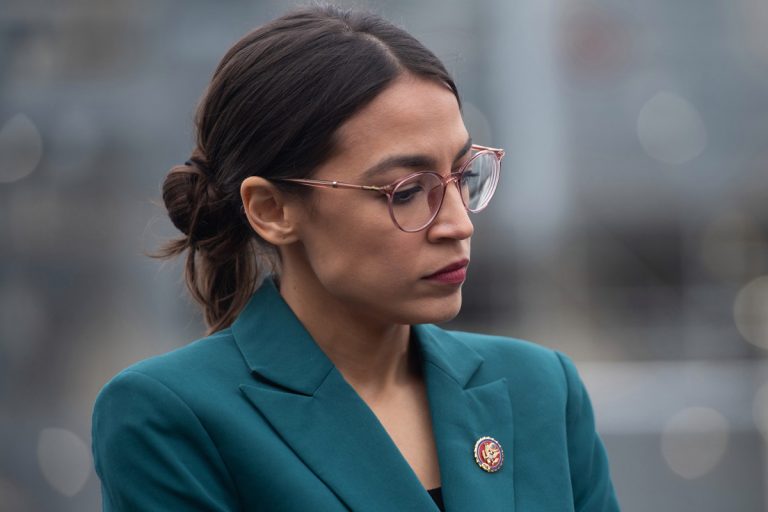 Ocasio-Cortez’s Chief Of Staff Admits What The Green New Deal Is Really About...

Well her handlers such as Zack Xsley (not sure of the spelling of his last name) are pretty extreme and dangerous hard leftists that are employing some pretty shady tactics to win elections. I have talked about this before but no one here seems interested in the subject matter as they have their attention diverted to hating Jooos and promoting white nationalism. This to me poses as one of the biggest risks to our democracies when the likes AOC and Omar, Talib are getting elected to congress and are against of core values as a nation! I keep reminding myself what Patriot told me, attack the ideas not the person, however in the case with AOC, she doesn’t have two way dialogue with anyone she just uses her twitter account to mask her deficiency to be able to defend her ideas. She was elected with out having to participate in a debate. Think about this for a second, and ask why that is!

I keep reminding myself what Patriot told me, attack the ideas not the person

AOC and crew are public figures, they are open to criticism.
I assume that Patriot’s comments were concerning posters here.

This is the real risk. The Communists/Socialists/Libs/Progressives (they are all the same thing) always have been the problem. My Dad was born before WWI and warned me of the evils of the progressives/libs. Everything he said has come to pass, with more on the way.

AOC and crew are public figures, they are open to criticism.
I assume that Patriot’s comments were concerning posters here

In a round about way yes, but his message as far as attacking the ideas goes far broader and is much more profound than I originally thought about, because in essence he is right. If you attack the person then basically you lose. Its the idea that we always have to be focused on, and therefore maintaining that composure in the war of ideas is extremely important in the greater discourse of things. I am trying very hard not to resort to name calling, which I often am guilty of when I lose my patience with people. I am being honest with myself, so with what Patriot said to me, I take to heart as words of wisdom and words to live by!

It never has been.

Watch as the pull the drapes back a little more each day on their real agenda as they turn harder and harder left going into the primaries.

I agree in the sense of comparing AOC’s look to some equine, but I think that my OP is pounding on policy. Fair Game.

“The older I get the more I realize my parents were right”.

My Dad was kind of a jerk, but I knew he was right about FDR and LBJ…

I was too young to know about LBJ and well FDR was always lauded as a hero due to WWII and his response to Pearl Harbour, at least that is what they taught in the history books! The age of the internet brought about a whole new set of ideas that questions people like these and their adverse effects of policies they championed!

Fortunately, I had two parents that lived through the Depression, and told me what people did, thought, and suffered in the Depression and WWII.

As a kid, I saw LBJ’s “Great Society” which basically blew up on the proverbial launch pad.