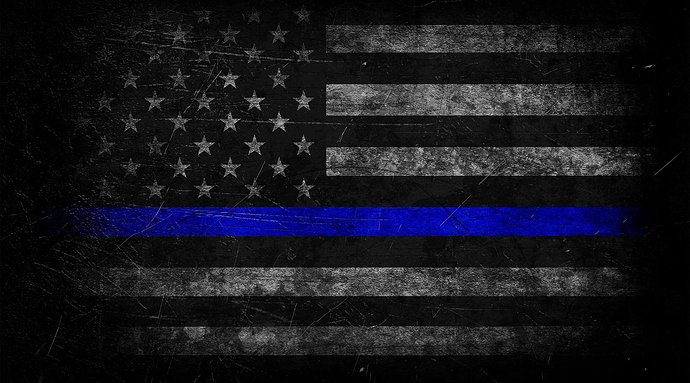 The Thin Blue Line Flag which was created to honor police officers killed in the line of duty is now racist.

It’s funny the left is literally making anything that stands for rule of law and preservation of Western civilization as hate symbol. Makes you understand what their true agenda is. 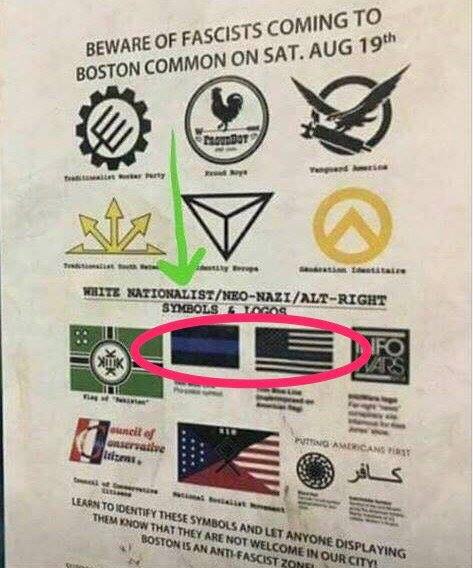 The "Thin Blue Line" flag and the Police Officer mourning band are now declared fascist, white nationalist, and Neo-Nazi according

My only problem with the police, especially the police in liberal cities like Boston, is that they are the first ones to step up and put the boot on the neck of their fellow citizens - you never hear about liberal city police refusing to enforce gun confiscation laws. These liberal city cops are literally the ones who will - come and take it.

What the hell is wrong with these people. I bet they are the first ones to yell for help and call the police to get them out of trouble.

I want this hostage takeover of our country to end. The blacks are the ones that commit most of the crimes then have the balls to bitch and complain about “raciss” cops! How is it racist when 13% of the population commits 50% of the crime? Anyone complying with the demands of BLM and Antifa should be taken out to the woodshed.