The World Has Never Been Closer to World War III 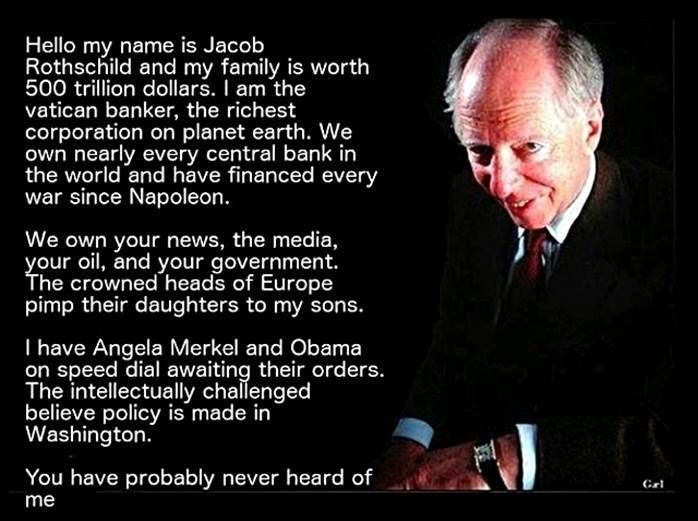 Even though most of us are cognizant of the fact that mainstream media is nothing but a “bread and circus” excrement show, it is still difficult to comprehend how much deception that the they think they can get away with.

Along these lines, Myself and another researcher are preparing to release a story which reveals the extent that a specific Mexican drug cartel is embedded inside of the California State Assembly and the dormant, but soon to be revived CALEXIT movement. For the most part, the journalistic sources, are not American, they are south-of-the-border-Mexican-journalists, and their stories are consistent with each other and the facts. In an all-too-familiar-scenario, American journalists are nowhere to be found in this story. Well, we have another similar situation involving the compromised nature of the MSM and the story is related to the coming war in Venezuela. It seems that even the Russian journalists, known for their flights of fancy, are more honest than the corporate controlled American media. The fact is the world has never been closer to WW III, and we would only know this sad fact if we look at foreign media.

Historically, what does it mean when troops from an adversarial country are moved next door, thousands of miles away from home, into a neighboring country of their enemy? Along the same lines, please allow me to another question: What does it mean when an aggressor nation withdraws its diplomatic core from their potential enemy’s country?

Let’s answer these questions, one at a time in order to see if we can connect some dots which may form a meaningful and relevant conclusion. The answer to the first question has already been answered. Both on The Common Sense Show and in many of other alt media news sites, the landing of 5,000 American troops in Columbia has been well documented. This is an invasion force and their target lies next door in Venezuela. Isn’t likely that World War III, commencing in Venezuela is becoming much more likely just with this development on its own?

Another development has lead to another flash point in the Venezuela controversy and it is related to the formation of a second important question, posed above, implies the significance of withdrawing embassy personnel and assets in the midst of heated controversy. The answer to this second question is obvious. The action of removing diplomatic personnel usually means that military confrontation is imminent. This has been a consistent sign, in history, that war is imminent! Unfortunately, Fox and CNN are not honestly reporting on this scenario. They are not lying about the events, they are simply not reporting them. For a more accurate picture, we must go to RT:

… The US State Department annnounced it is withdrawing all remaining diplomatic personnel from Venezuela, citing the “deteriorating situation” and referring to the presence of US staff at the embassy as a “constraint on US policy….”

Here is s tweet on the subject from neocon, Mike Pompeo:

Secretary of State Mike Pompeo announced the withdrawal on Monday. While most US staff stationed in Caracas had already been withdrawn in January following the US-backed opposition leader Juan Guaido’s attempt to declare himself president, a select few remained in defiance of President Nicolas Maduro’s order to American diplomats to leave the country.

Pompeo forgot to mention that the situation is “deteriorating” is because the US is behind the attacks on the Venezuelan power grid.

As previously documented on the CSS, the Chinese military has a “humanitarian” mission in Venezuela. The Cubans have their riot suppression troops in the major urban areas, the Russians have a covert troop presence, mostly commando related and the Chinese have a naval presence off the coast of Venezuela. Therefore, should we be surprised at these developments as both sides line up to confront each other?

About five days ago, I received some stunning information from my very best intelligence/military deep cover source. And only yesterday, I discovered, and have been interviewing a source from Arizona, who has the exact same information.

In anticipation of a US attack on Venezuela, the Russians have moved a sizeable number of submarines 12 miles off both the East and West coast of the United States. NATO has moved nuclear missiles batteries close to the Ukraine.

Yesterday, Russian ally, Syria, military threatened Israel. Why would a military inferior force such as Syria threaten a superior force in Israel, unless Syria knew it was going to have help from her ally, Russia?

As I reported yesterday, the Border Patrol has reported arresting a record number of people from Pakistan and more importantly, China!

Finally, it was widely reported when the Russian nuclear targeting of American sites was announced, that if Clinton had won the election, the Russians would launched a first strike against America.

At this point, the only thing that the rank and file of the country can do is to sit, wait and watch the events unfold. these events are eerily similar to the Cuban Missile Crisis. Oh, we could call the Congressional and Presidential offices, but these events are in motion and what is going to play out has already been decided. Further, it should be noted that Pelosi announced that she would not be seeking impeachment against Donald Trump. Why the sudden reversal? Perhaps she already knows that it won’t matter given what it coming.

Alex Jones has put President Trump on notice; that being ‘do what we elected you to do!”

Trump needs to send Jared and Ivanka home and out of the WH Staff offices, as there is a conflict of interests on many levels if they remain, AND also the potential charges of nepotism!

Even IF Martial Law is declared, at least then Trump could enact his policies without interference from the Zio-Communists in the House, Senate and Democratic Party.

Simultaneously, he can then go after the Deep State using the Indefinite Detention clause in the NDAA, and hold the Military Tribunals without interference.

Rest assured that if Hillary was President, many of us would have been thrown into one of her ‘Fun Camps’ and reduced to ash in the microwave chambers after the Clinton Foundation harvested our organs for profit!!!

As a boy growing up in 1960’s / early 1970’s south Florida, I remember the Cuban Missile Crisis with extreme detail.

This situation in Venezuela is far worse.!

China was very limited in expanding it’s power in the early 60’s; today that is not the case.

Russia blinked due to U.S. Submarines following their ships around by just a few hundred yards at sea.

Cuba, which had a mix of both Russian and Cuban crews manning nuclear short and medium-ranged missiles sites aimed at the U.S., had instructions to fire without orders if they spotted a mast on the horizon of the sea…and they knew that if / when they did that, they only had minutes to live post-launch.

The Communist opposition has been detailed for different missions in Venezuela, Russian Spetsnaz is in plainclothes monitoring the infrastructure. The Cubans are serving as street police. The Chinese are controlling the ports, and the oil tankers being allowed to enter and leave port, and protecting the same.

The Ukrainian President Poroshenko has stated that if he does not win the upcoming election, he will leave the country. Why?

Probably the missiles will fly into major Ukrainian cities in direct response to NATO aiming their missiles at Russia at close range.when events in Venezuela goes hot!

The dismissal of news from the MSM is unexcusable in this regard, While some very real threats at all levels of society and civilization continues to increase exponentially, we are fed anti-Trump tripe, the miniscule measles outbreaks, the massive push to take defective and toxic vaccines, and RF poisoning by 5G.

Cohen and Manafort have been railroaded with maximum sentences for much less offending than what the Clintons Soros, Epstein, Weiner, and the and the elements of the Deep State have done; Hence, ‘justice’ is being tailored for ‘the political expediency and profile of the far left ANTIFA / MS-13 / ISIL / Narco-Terror Gangs by insuring that Trump supporters are stifled and hushed-up with Cohen and Manifort being made examples of.

While both Cohen and Manafort have committed white collar crime, time served awaiting trial and a hefty fine would be in line with what others have received for their white-collar criminal activities which are / were far worse, with only fines being paid as penalties.

Somewhere, in a basement in America, a fat shirtless man is covered in Doritos, Mountain Dew, and chicken tendies and is wearing a tinfoil hat screaming “YES! This guy fucking gets it”!

Pompeo forgot to mention that the situation is “deteriorating” is because the US is behind the attacks on the Venezuelan power grid.

This is one thing I completely agree with. We shut the lights off but the media and everyone else in government it’s just pretending that it was a coincidence. The fact is if we did attack their grid that is an act of war.

About five days ago, I received some stunning information from my very best intelligence/military deep cover source. 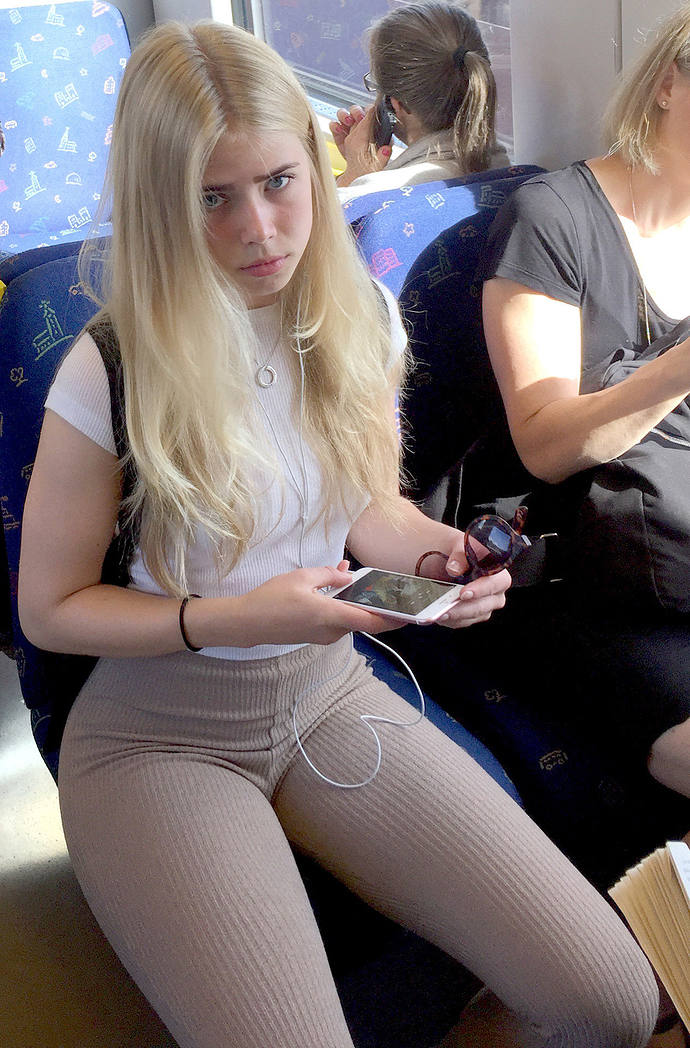 You dirty old man! I see what you did there!

Reminds me of the movie “Idiocracy” the irony is uncanny!

Right, but what China has been doing is not? Gotcha!

What the hell was that left wing communist doing down there? He was probably funneling in all of the Chinese, Cubans, and Russians that OP was talking about.

Right! Because they wanted to solve their logistics problem to plan a land invasion of America by exploiting the debt trap. China in particular has been very active in securing Oil and now that Maduro is 50 billion dollars in debt to the CHICOMS, they seem fit to invite them to protect their investments. Some things in the article is very real, and hard to ignore and it has everything to do with China and Venezuela is just in the way. Problem for China, is their logistics. But make no mistake, there is no coincidence that the Brazilian President is now visiting the White House and have become close allies with the Trump Admin! I also know for a fact that CIA operatives are already on the ground there, so this will be interesting to see how this turns out!