It’s the development devoutly to be wished.

The old, post-Cold War order of weak borders, straitjacketed free-trade ideology, and endless war for utopian ideological objectives is rapidly failing, and what will replace it has already begun to arise. This week’s National Conservatism gathering was both a sign of that and a catalyst for the further transformation of the American right. Pundits who spent the last three days parsing the president’s tweets for racism are living in a bygone age when all the right could beg from the authorities that command our culture was acceptance. National Conservatives are not asking for acceptance, they are marshaling power.

The press missed the story of this week’s National Conservatism Conference in Washington, D.C., an event organized by Yoram Hazony and his newly created Edmund Burke Foundation. The media hive mind had decided that Trump’s tweets were the axis around which political news must revolve for about 72 hours. The conference, therefore, could only be a footnote to the latest round of bloviating about what a bad man President Trump is. All that bloviating never stopped Trump from getting the Republican nomination and winning the 2016 general election in the first place, of course. Might the same sermonizing today be equally irrelevant to the next big turn in politics? Place your bets.

This is interesting. Conservatism as it stands now cannot last. The democrats are already shedding the Clintonlosi era for the new “vibrant” revolutionary movement that they discovered existed through Bernie’s campaign versus Hillary. It’s now just a matter of time before the conservatives, who quite honestly will hold out and go down fighting tooth and nail to keep their Koch Brother values, begin to see a rise of revolutionary candidates. Trump was the tip of the spear and as the democrats gain more radical rhetoric out in the open space it’s part of the natural order for the opposing party to follow in its footsteps.

I am not sure I agree with your synopsis! The Koch brothers don’t represent conservatives who abide by the constitution! The ones who will fight tooth and nail are the constitutional conservatives who put the countries interest first! Democrats and RINOS belong to the same country club who could care less about burning the country down while building their secret empires by way of China! On the other side of your argument such as more radical representations emerging of what you are hinting at, is an interesting premise to ponder and wonder what that will look like in 2024 and beyond! Pretty scary to contemplate such future incarnations!

The Koch’s are and always have been libertarians.

Trump was the tip of the spear and as the democrats gain more radical rhetoric out in the open space it’s part of the natural order for the opposing party to follow in its footsteps.

This is dead on.

When one party shifts the other party does the same to counter the rhetoric being spewed. We are no longer in a centrist position across the country. As the victim class rises so to will the class of people who demand a more hardline response and the destruction of protected classes.

I had hopes for the Tea Party. Little did I know it would change into the T(rump) Party. LOL

Yeah I’ve heard that they consider themselves to be libertarians but I don’t know that I would call them libertarians. Find me a libertarian, besides those jackasses, that supported the bailout of the banks.

I didn’t realize that the bank bailouts were an ideological purity test for Libertarians.

I’m a hard core conservative but even I believe some regulations on firearms are lawful, constitutional and necessary, I also believe that in some cases abortion should be lawful.

Does that mean I have to turn in my “Conservative Card”?

I didn’t realize that the bank bailouts were an ideological purity test for Libertarians.

If there were to be anything that would be an ideological purity test for libertarians it would be big government bailing out big banks.

So bailing out the banks isn’t exactly consistent with libertarian thought anywhere. The banks should have failed and the government should not have gotten involved.

I also believe that in some cases abortion should be lawful.

So did Margaret Sanger.

Does that mean I have to turn in my “Conservative Card”?

It clearly expired a long time ago. No need to turn it in because no one would mistake you for a conservative anyway.

This is just showing your own bias and ignorance.

The 2nd does not state “all people” it states, “The People”.

Felons and crazy folks are not a part of “The People”.

See The Heller decision for an understanding of who “The People” are and is.

If you are of “The People” and have not lost your rights through due process as long as you can lawfully possess and carry openly arms your rights are not violated.

If a pregnancy threatens the life of the mother the most natural right of all is self defense so in those cases abortion should always remain legal.

This is just showing your own bias and ignorance.

When someone disagrees with you are they automatically biased and ignorant? Because that makes you sound like part of the squad.

Are you part of the squad? AOC, is that you? 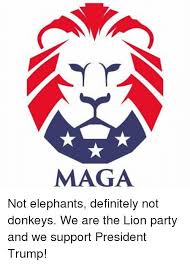 That is true! It’s as natural as cow manure! There is no turning back now!

No I’m a conservative, not a blind raving lunatic.

Well they might as be considered traitors as one has recently already decided to join Soros so whatever they claim to be is irrelevant at this point! They are dead to me!