At this rate, a South Dakota sized area of the remaining natural world within American borders will be lost to urbanization, predominantly fueled by third-world migration and consumerism, by 2050:

This can’t go on like this forever. At some point all of this “development” needs to stop.

You can see by the light pollution map of the US how bad urbanization is. 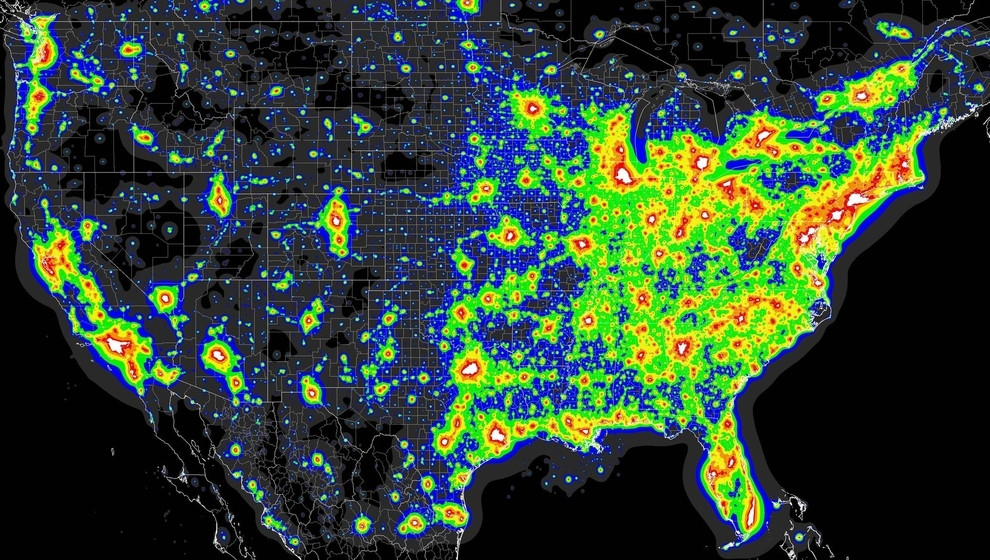 Yeah, I’ve been to that part of the country. I grew up in a city, but it’s pretty overwhelming when you drive for hours and never really leave an urban setting.

Honestly the PNW did it right, but that’s probably because of the geographical landscape. The mountains are more rugged so the cities and towns are built into valleys.

Houston did it absolutely wrong. The entire city was built with very loose or non-existent zoning laws to promote businesses and grow the local economy. It resulted in sprawl of the worst kind, with a jumbled up mess of residential, commercial, and industrial areas in seemingly random places. Plenty of thugged out blacks and hispanics too lol. Well, that’s horrifying. But I retain enough optimism to believe that somewhere, in some future era, there can be something better: balanced humanity and nature; beauty, harmony. Dystopias don’t need to rule forever. The universe is vast and eternal.

Constant growth of the population is the only thing keeping Social Security and Medicare from having gone completely insolvent two decades ago.

Unless and until we get back to a resource based industrial economy this is the only way we can even keep the gov’t functioning.

Try pulling up a similar map of any of the EU countries if you really want a shock.

Your saying that like it’s a good thing. Cut the government down to the bone and get rid of these damn socialist programs that are sucking Americans dry.