Shed a tear for the Democrat donkey. Democrats in Washington face a newly intensified disaster-level dilemma. It is becoming more obvious each day that Joe Biden cannot survive another 39 months in office. Even the most conservative Republicans admit that Joseph Biden will probably live at least another 46 months. However, Democrats, like everyone else, realize that Biden cannot now and never will be able to “execute the office of president of the United States,” to quote the oath he took only nine months ago.

Unfortunately for all Americans, the Constitution mandates what happens on the day they finally wheel Biden out of the Oval Office and into the Delaware State Home for the Bewildered. Kamala Harris becomes president. D.C. Democrats privately admit that, even on her best day, Ms. Harris does not have a small fraction of the talent required to be president. Her latest public appearance in Europe was a political and P.R. disaster.

Democrat friends, please do not be upset with the above. This is not a comment on her political beliefs. Bizarre as this may be, rational political beliefs are not a requirement to be president of the United States. Just ask anyone who voted for Bernie Sanders.

The real problem is that Ms. Harris has neither the competency nor experience to hold 99% of any jobs available in American today. In speaking with a Democrat the other day, I remarked that Kamala could always get a job as a greeter at Walmart. He said, “No, she would just giggle every time anyone asked her a question. If a shopper asked for directions to the frozen food, she would probably send them for fertilizer in the garden department.”

Until Joe’s cognitive crash became so obvious, that was not going to be an immediate problem for the D.C. Dems. Democrat insiders knew that Kamala could never lead the ticket in 2024. This was a woman who, before quitting her presidential campaign, was running fourth *in her home state of

It’s been downhill ever since.

The only reason Harris got near the ticket was that Biden publicly painted himself into a box when he ad-libbed a promise to choose a Black woman as his vice presidential candidate. When Biden announced Harris, the Dems breathed a sigh of relief. “At least it is not Stacey Abrams,” said one.

No one in Washington had any idea how the Democrats were going to ease Harris off the top spot on the 2024 ticket. In 2020, the priority was getting the least worst V.P. candidate, not solving a 2024 problem.

But Harris’s constitutionally mandated role as the replacement for the very ailing Joe Biden is now a 2021 problem. Joe Biden’s approval ratio is at a precipice-level 38%. Kamala’s is 10 points less at 28%. Democrats, both in the Biden administration and the behind-the-scenes Washington powerbrokers, keep Harris out of sight because they know that every time she speaks in public, her approval rate falls farther. One Democrat spoke of her dread if Harris ever holds a free-form press conference. This prominent female Democrat senator remarked, “they could simply title it Saturday Night Live on Tuesday .”

Of course, we, the taxpayers who are required to pay the bills caused by Washington’s daily fiascoes, would love to know a simple answer to this dilemma. However, both Republicans and Democrats understand that there is no simple answer to this critical question. In fact, regardless of political persuasion, many of us wonder if there is any answer at all, simple or otherwise

Wondering what disaster will unfold next makes some Democrats yearn for a return to the dynamic leadership days of the Carter administration. 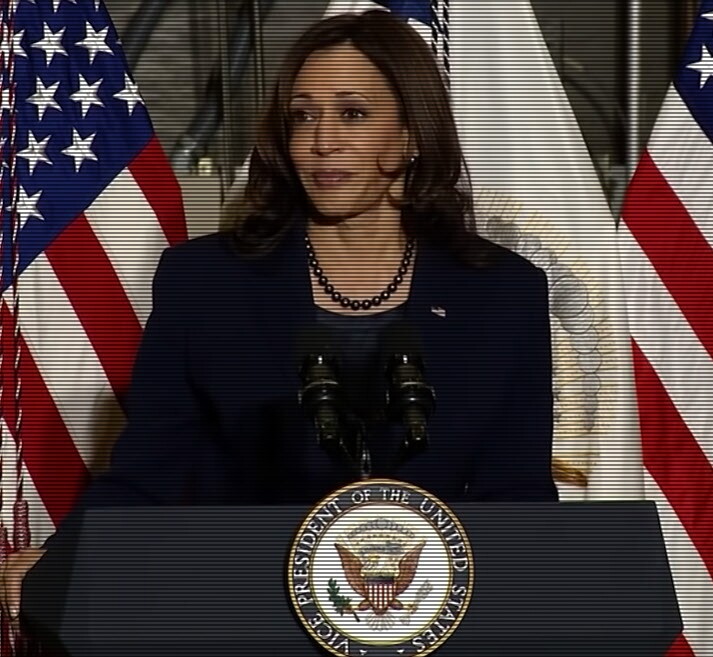 Shed a tear for the Democrat donkey.  Democrats in Washington face a newly intensified disaster-level dilemma.  It is becoming more obvious each day that Joe Biden cannot survive another 39 months in office.  Even the...

However, Democrats, like everyone else, realize that Biden cannot now and never will be able to “execute the office of president of the United States,” to quote the oath he took only nine months ago.

That turd has been the modern day weekend at Bernie’s . He has been dead from the waste up for 35 years now . Brother to Corn Pop .

It’s scary to think of who will head the Dem Party 2024s election.Could it be Tsar Newsom I with his tax legislation on his resume.
Bidet could have done worse by naming Mad Max Watters as his VP.Imagine seeing that James Brown wig on TV!!! 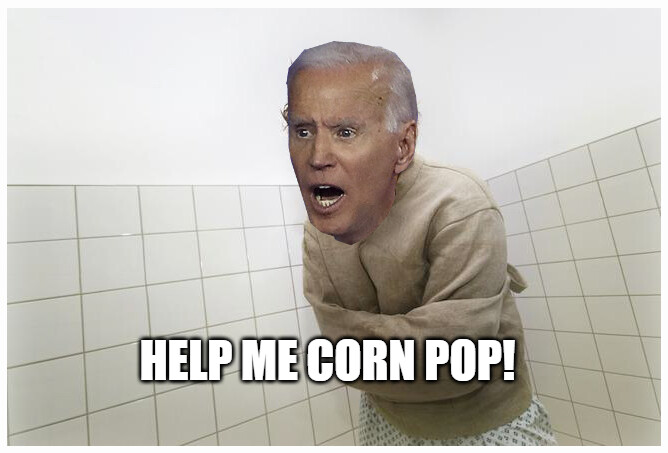 It’s scary to think of who will head the Dem Party 2024s election.

The MSM are talking up Pete Buttplug, personally I think the Democrats will invoke the 25th Amendment on Joey Bidet BEFORE the Midterms and Kameltoe will be told to pick Pete Buttplug as her Veep and then sometime in 2023 there will be the “engineered scandal” that will force Kameltoe to resign and that way Pete Buttplug will be pResident going into the 2024 Presidential Election, he could pick the Trannie Richard “Admiral Rachel” Levine as his Veep and then America won’t JUST be a laughing stock we’ll be a MEGA LAUGHING STOCK.

I can’t believe this actually happened. 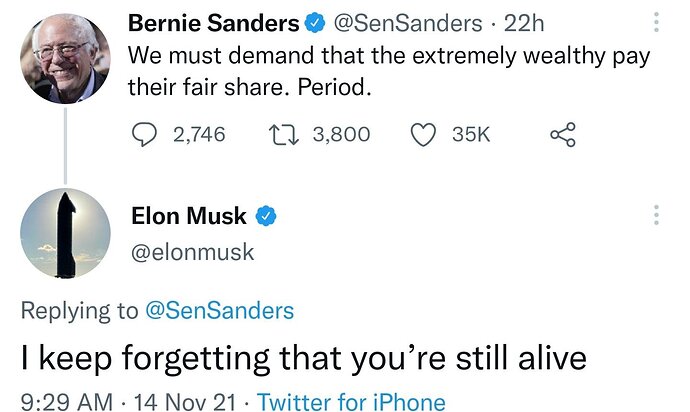 That would insure the alphabet soup of the gender confused voters etc.

The Dems’ primary problem is that they no longer have adults in charge. No matter how asinine an idea is, all you have to do is tie it ever so tenuously to ‘equity’, ‘trans rights’, etc. and no one in the party is willing to challenge it because they’ll be called names - the most accurate would be “apostate”- but that’s never used.

They have their acolytes who will defend any Democrat, at any time, no matter what they’ve done, and those likely comprise about 25% of Dems. While the GOP has similar, and the media casts their ideas a cold and heartless, Independents know the GOP are the adults in the room and the Dems are run by their ‘marginals of error’.

American Independent voters are not people whose psychological and intellectual development stopped Freshman year of college - Va was just the beginning.

Its pretty clear that this administration is a train wreck of the worst kind and going off the rails like never before. I mean did anyone see this from K-hoe’s latest response to the record inflation we are experiencing? Holy crap! She can’t even answer basic questions that at least seems passable to the lapdog media. 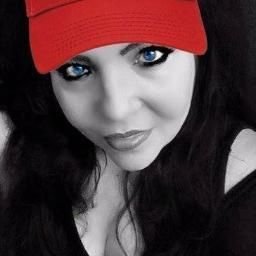 @FlipItRed2022
This is why Psaki put on the VP Damage Control Tweet at 9pm last night.... Complete Titanic. https://t.co/Urqmkioll3

For context Psaki was tweeting for damage control at 9pm Sunday. I swear I wish I was making this stuff up. K-Hoe is not presidential material and its no wonder she garnered less than 1% of the vote when she was a residential candidate. 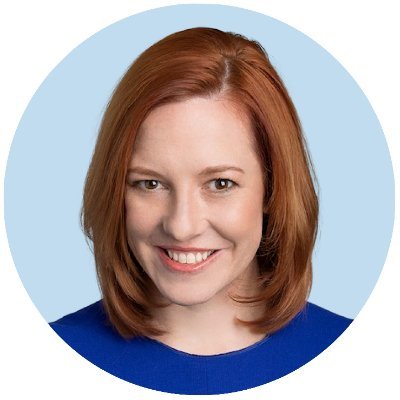 @PressSec
For anyone who needs to hear it. @VP is not only a vital partner to @POTUS but a bold leader who has taken on key, important challenges facing the country—from voting rights to addressing root causes of migration to expanding broadband.

Yes RINOS who are only interested in their next election cycle are part of the problem and the electorate where the youth that represents the majority are now starting to wake up to the fact that their futures are not looking too bright if something is not done to change course. It will no doubt be the deciding factor in which way the country is going to go less this disaster. Of course election integrity is going to be high on that list for many otherwise we will continue this cycle of platitudes and fake smiles by contrived elections to insure certain candidates win. 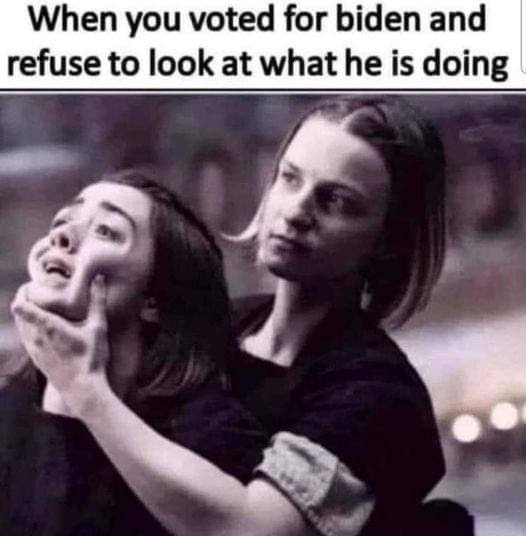 The RINOS surely ruined the election abandoning Trump , leading to this DISATERIOUS Admin we have today practically unequaled by any previously.
A big problem with people is they’ve been indoctrinated in high school and college by Leftist teachers and professors which will take years to repair the damage they caused.

That video of Harris should cause a National emergency. She is clueless, obviously blew her way to a seat she can’t handle

Its embarrassing and it only goes to show some people have no self respect especially the typical narcissists!