The United Methodist Church Is Fracturing. Protestants are splitting up over LGBTQ issues

Political is conflating the issue of Methodist Church splitting over LBGTQ issues to that of slavery. I call BS on this one! Why? This has nothing to do with slavery but what is clearly written in the Bible and the cultural encroachments on personal religious beliefs. Not surprised as many Churches in recent times have been more about attracting followers than staying firm to religious doctrine as per denomination such as the Methodist church. The issue varies from person to person of course such as gay Pastors leading congregations or normalizing and accepting the life style of homosexuality, however the more prominent the LBGTQ lobby becomes more in the public discourse the more that the fracture of the Church will begin to happen, and this is just one example. Lets be clear though, this article as it attempts to paint with a broad brush by making similar parallels to Slavery in the 1800’s is a vain attempt at trying to garner sympathy while ignoring the actual context. 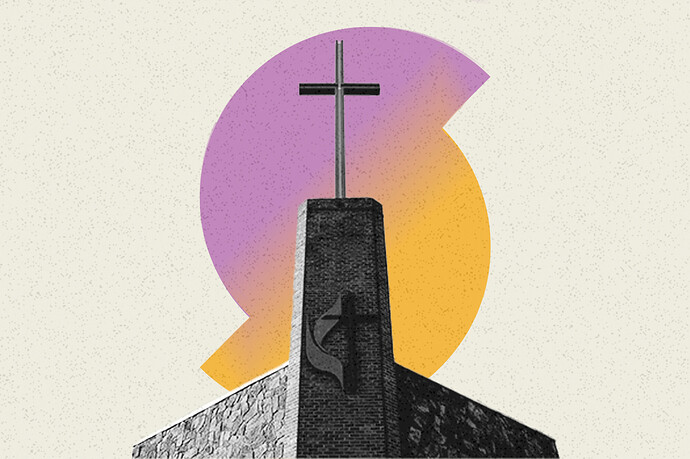 The United Methodist Church Is Fracturing. According to History, That’s a...

Protestants are splitting up over LGBTQ issues. In the 1840s, it was slavery that opened a rift.