The left including a few people that post here claim there was no fraud because the courts said so.

In a world where rhetoric has replaced logic and grammar, standards and thresholds become easily adapted to the “situation” and “audience.” I compiled a list of questions that election fraud–deniers cannot answer logically or rationally here.

With grammar now deemed less important than rhetoric, terms such " beyond a reasonable doubt" can seamlessly turn into “a strong case in response to one particular reasonable doubt .” The audience has no clear understanding of conjunctions, prepositions, articles, or subordinate clauses. One can transform any phrase rhetorically into the opposite of what it means grammatically.

Grammar is key to ratios and therefore to mathematical reasoning. The ratio of Joe Biden votes to total votes is not the same as the ratio of Joe Biden votes to Trump votes. Votes counted divided by votes cast is not the same ratio as votes cast divided by votes counted. People who have no command of grammar have no real defense against propagandists. Skilled rhetoricians can construe "preponderance of " to mean “convincing possibility in .”

A video emerges of Georgia workers throwing out Republican poll-watchers based on false claims about a broken water pipe, then surreptitiously scanning ballots taken from a hidden suitcase. The fact that authorities lied, threw out observers, and then did things they were not legally entitled to do shows a preponderance of evidence that they committed an election crime. People who committed one election crime would probably be capable of committing another election crime (reporting fake results), so their credibility as witnesses should be received with suspicion.

The audience trained to think rhetorically will interpret these facts irrationally (that is, against the “ratio”). There exists one possible explanation — they were just putting away papers and doing some regular housekeeping. This excuse is far-fetched but comforting to some. The audience sees the preponderance of evidence favoring the anti-Trump position because of the irresistible option to see the image as innocent rather than incriminating. Within the evidence, there exists a possibility — they weren’t scanning ballots, but doing some other wholesome paperwork after hours — and the innocent possibility sounds more convincing to the audience. So even this obvious video evidence is “debunked” and deemed “not credible,” despite the fact that affidavits signed by Republican poll-watchers before they knew of the video’s existence matched the events and timing caught on video, while the Georgia state officials made statements that were completely disproved by the video.

In the ungrammatical and illogical world of rhetoric, the fact that an election authority broke one law and got caught can be interpreted as proof that he didn’t break other laws and therefore merits credibility as a witness. How does this work? The audience likes the suggestion that if such people had committed more crimes, they would have been caught engaging in them (a presumption that runs utterly against the reality that people are usually creatures of habit). The fact that these accused parties are actively preventing any investigation that would reveal more crimes is then taken rhetorically as proof that they must be innocent.

The Los Angeles Times, for instance, argues that the election fraud of 8,000 ballots in the small city of Hawthorneproves that national fraud could not affect the outcome of a presidential race. This too baffles a rational reader. The officials at the Times say that if a scheme involving 8,000 ballots could be caught, then a much bigger scheme would certainly come to light. But the Hawthorne case runs counter to the repeated pre-election claim by liberals that election fraud was close to nonexistent in the United States. There are countless reasons why a small crime ring in Hawthorne might be discoverable while larger conspiracies might involve people shrewd and powerful enough to cover up what they did. The main lesson learned is that the liberals were wrong about the nonexistence of fraud before. Yet they emerge from the Hawthorne scandal with more credibility.

This is an utterly irrational application of "credibility as " a source of information on election fraud. We see the same trend with digital forensics. Since the perceived audience doesn’t understand grammar or ratios, its members look at two irrefutable facts — (a) we have done digital forensics on only one county’s tabulation system representing less than 1% of the ballots counted by a certain software company, and (b) in that one county, we found erroneously reported data that falsified the winner of the presidential election — and they conclude that fewer than 1% of the ballots could have been falsified and the election should stand. Proven fraud proves that no fraud happened.

Hence, a liberal will be confronted with evidence that, let us say, 9,000 dead people’s names appeared on the rolls as having voted, and the liberal will mention that one person was incorrectly reported as dead. To the liberal, the “preponderance of evidence” standard has been met for a Biden win because one mistake by the Trump team overturns all Trump’s findings, but one convincing excuse from the Biden team (even if it is still speculative) overturns an infinite number of proven Trump claims.

When shown video of Democrats affixing boards over windows to prevent observers from seeing them count ballots, liberals claim that this disproves fraud because no observers can state that they witnessed any illegal activities during the tabulation process. The fact that the Democrats were bold enough to hide possible crimes from observers looks to liberals like proof that they must not have committed any crimes.

Logic involves the use of reason to examine different claims and decide which one is most plausible or certain. Grammar involves the effective use of language to convey meanings honestly and efficiently.

Rhetoric is different. It is the art of argumentation, a “craft” tailored to the goals of the speaker and his audience. A good rhetorician can convince an audience of a certain proposition even if the proposition is false. Good logicians and good grammarians will not fall for the tricks of a good rhetorician.

By the 1990s, people who received Composition/Rhetoric Ph.D.s overwhelmed Ph.D.s in literature, philosophy, and linguistics, largely because it was so easy to place graduates of Composition programs. Almost every university requires that all students take a distribution requirement in writing. Composition/Rhetoric programs marketed their grads as uniquely trained to run them.

That anybody believes that the Biden win was certifiable is a sad irony. That half the country believes it is an indictment against our nation. As a former English professor, I say, give credit where it is due. Blame the English departments. 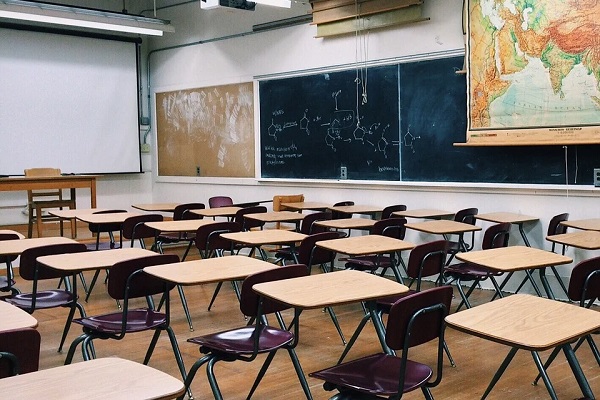 Many people snickered at the claim made in Texas v. Pennsylvania that there is only a one in a quadrillion chance that Joe Biden won all the swing states as currently claimed.  The true meaning beneath the statistic is simple: the vote...

loulou…you do spend time to put your points together and they are based on basic
ideas and not totally one sided …Was there fraud…there always is when dealing with
160+million voters… but is it great enough to change the election I think not and 92
court cases didn’t think so and HOME LAND SECURITY SAID IT WAS THE MOST HONEST…
ELECTION…States are responsible for election honesty…they all certified their states votes…
important states recounted 2/3 times etc.etc.etc. there is nothing left to do period…It doesn’t
matter how many people THINK OR WISH there was fraud…or anything else should be done
THERE IS NO PROOF PERIOD…

Yeah like how your side claimed election fraud in 2016 huh?

Wow, Da Jerk must have replied.

Fortunately I have mute fully enabled and he is officially ignored with all his topic.

The article above is pretty interesting. What many on the left ignoramus’s, forget, pretend doesn’t;t exist will certainly bite them in the jazz comes next election as the GOP cannot fix th problem so they are likely to double down and out do the dimwits. Instead of 150 million votes the next election will sport 200 million votes.

Wow, Da Jerk must have replied.

Fortunately I have mute fully enabled and he is officially ignored with all his topic.

The article above is pretty interesting. What many on the left ignoramus’s, forget, pretend doesn’t;t exist will certainly bite them in the jazz comes next election as the GOP cannot fix th problem so they are likely to double down and out do the dimwits. Instead of 150 million votes the next election will sport 200 million votes.

You are probably right. The left keeps poking the bear, they may unleash a force they don’t really want to see. This country was founded due to tyranny from the government. We are walking closer and closer to that line each and every day.

We are walking closer and closer to that line each and every day.

Strangely, I am getting the feeling that with all these record number of Job canceling and Cancel Culture EO’s, that they are purposely trying to find an excuse to unleash the Police state on the American populace. IMO its an untenable situation we find ourselves in currently.