The Revolution is Coming: The Inevitable Civil War in America 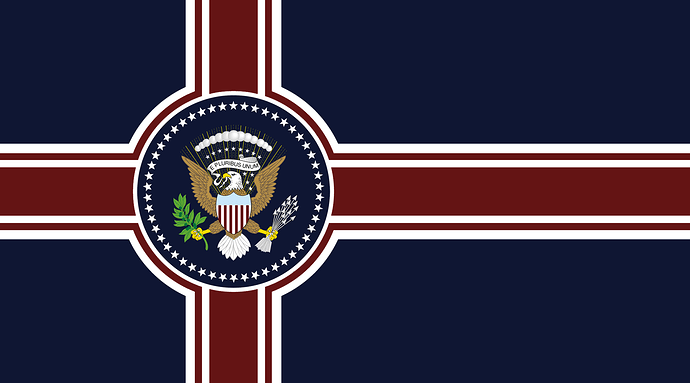 I suspect there will be a civil war (using the term loosely) in the US before 2024.

The left has shown its true violent and belligerent nature. It’s become more and more evident in the age of Trump. The right has been biting its collective tongue for years. Between the compulsory acceptance of moral deviance (catch-all term for anything outside the norm of “traditional American values”), the perpetual victim class (Islam, LGBQT, feminist, illegal immigrants, BLM, etc) and general petulance, the left has endeared themselves to nobody outside of their caste. The Democrat party is collapsing and they aren’t going to go down quietly.

I’d say that the fuse has already been lit, and it’s just a matter of time before it blows.

I know that the “Day of the Rope” is a popular wet dream, however it won’t be far from reality. This will be an ideological left/right war as much as an urban/rural one. You will see mass chaos and infighting within major metropolitan areas. Martial Law will likely be declared and mandatory curfews enforced by pain of death. Those who live in rural communities will be mostly fine. The hammer won’t drop on them as hard, though they will still be dealt a major blow.

There will be hundreds of thousands, if not millions, of dead. With that much death, there will be an epidemic of disease the likes of which the US has never experienced. Since most hospitals are located in metro areas, medical services will break down at a rapid rate.

It will destroy the black and Latino community. The Latinos will do better since many will just head south to or through Mexico. Canada will undoubtedly be dragged into the fray. If for no other reason than to secure their own borders.

The ideological left will be annihilated or driven so far underground that it will take several generations for it to rear its head back into the public eye.

We will have meme’d right wing death squads into existence. The small pockets of leftist “resistance” will be exterminated with extreme prejudice.

America will once again be governed by the people and for the people. There will be hard and lean times ahead for decades, but hard times make for strong people.

When a country stops being “a people” but rather “multiple peoples”, it’s in a state of civil war but it just doesn’t know it yet.

The nation-state is an allegiance of kin-related individuals who decide they can provide better for the protection of women and children by sacrificing their own immediate interests to the strategic goals of the group. A nation of invaders with allegiance to their original countries and cultures is not a nation. It’s a civil war that has not kicked off yet.

Indeed. Let’s also remember that the manufactured left/right conflict is designed to keep people distracted from their actual enemies.

There is a Constitutional way to go OVER Congress and change the laws. That step is fully legal, and MUST come before the ultimate step of revolution.

“whenever any Form of Government becomes destructive of these ends, it is the Right of the People to alter or to abolish it, and to institute new Government, …”

I figure, if we ever should get to a physical/hot revolution, with guns, bombs, etc., the so-called ‘elite’ might or might not win, but they won’t win willing slaves. They won’t win their desired situation. Nobody will let them have it. It’s lose-lose for them. OBEY us or go away.

“whenever any Form of Government becomes destructive of these ends, it is the Right of the People to alter or to abolish it, and to institute new Government, …”

Every single Founding Father had a job. America was so far in debt after the Revolution no one ever had any expectations of being paid for their civic service. Income Tax didn’t start until 1917. What year did Lobbyists money start corrupting our Government?

What year did Lobbyists money start corrupting our Government?

What year? How about 1787. The year of the Federalist coup d’etat.

What year did Lobbyists money start corrupting our Government?

Lets not forget that if their ever was a violation of the Emoluments Clause, it officially started with Ben Franklin’s acceptance of a rather generously diamond encrusted box from the French…

Dividing the populace into right vs. left, black vs. white, etc. is the distraction from the increasing corruption at the top. Don’t miss the forest for the trees.

After all, chaos is a ladder.

The Democrat party is collapsing and they aren’t going to go down quietly.

Yes but that would take consensus and America has rarely been more polarized.

The basic premise of democracy is a theory of “collective wisdom” wherein we ostensibly disagree, but everyone votes for what they think is the collective good.

Of course, this system is destined to collapse eventually (like all systems do), because eventually somebody will ALWAYS try to game that system with political promises that result in public insolvency (i.e. you eventually run out of other people’s money).

However, we have trouble now, when we’re only partway down that path to insolvency, due to a simple ideological shift:

That part up top about the “collective good” is what is now called “populism” due to its being inherently limited to political constituents (i.e. “by and for the people”). I don’t know if there’s a broad-enough term for the philosophy that now opposes populism, but let’s call it, “Socialized altruism” where people will vote NOT for the collective good, but they’ll actually inflict collective harm to fulfill some kind of “universal good”.

Democracy works fine with simple disagreements, but having fundamentally opposed goals is not fine. And frankly, any number of other systems, including authoritarian systems, are a better option than the suicide pact I’m calling, “Socialized altruism”.

More and more people are coming to an understanding of this.

However, I don’t believe many of the scenarios presented here are likely. In any case no one knows the future, because there are too many complex variables to allow understanding. We just have to prepare for the worst, while trying to develop some strategies that will allow the good guys to win, or at least not to be destroyed.

I believe that the best strategy we can project is to try to convince a large number of people – Left, Right and Center – that a peaceful separation into Red America and Blue America is the best way to avoid large-scale bloodshed. An amicable divorce, in other words.

The Progressive Left is not stupid. They won’t take the bait – they won’t initiate a civil war, not while they’re steadily groiwng in strength. They will stick to the method of elections, and thus keep a valuable weapon: the appearance of democratic legitimacy. Any uprising against an elected government at any time in the near future, one which holds the allegiance – even if only passively – of the majority, will pit the uprisers not against the rabble of Anti-Fa, but against the 82nd Airborne or its equivalent – and that will have only one outcome: Ruby Ridge and Waco writ large.

There is a better way, which we need to discuss.

Incidentally, anyone serious about this issue needs to look at the work of FH Buckley, here: http://fhbuckley.com/

I agree with you entirely.
It’s not so much a quesiton of the legal technicalities of elections, but of winning the support of the majority of people – which support can be active or passive or even neutrality – for a project that will allow both Left and Right in America to go their separate ways, peacefully.

Each side can then pursue their own project. I can’t the Left building a viable society, but that’s up to them.

As it is, this is not the case … so we have a lot of thinking to do about how to deal with this issue.

I suspect there will be a civil war (using the term loosely) in the US before 2024.

Complete and total bs. But there’s no end to threads dedicated to this and clearly is something the fringe right is aching for…

@Montecresto1 – no one knows the future, but why do you think a civil war, in some (real) sense of the term, is utterly ruled out for the US? Many countries, including many European countries, have had civil wars, or good approximations to them, in the last century or century and a half. Why should the USA be immune?

Many countries, including many European countries, have had civil wars, or good approximations to them, in the last century or century and a half. Why should the USA be immune?

Well right, including our own, in which we killed each other at higher rates than all other wars we’ve participated in. The epitome of fatuity. Shall we hope that Americans can rise above killing each other over differences going forward.

The irony is that the US fire power (capability of killing), domestic and foreign, never benefited Americans.

Europe had wars for centuries but mass killing of civilians started in the 20th century.

Yes, the American Civil War was bloody, but were there any reports of federalis and rebels killing women and children en masse of the opposing party? I don’t think so.