The Potential Loss of Ocasio-Cortez’s District

Ha ha AOC could be ousted if redistricting happens which will leave New York with fewer congressional seats and seems more likely to happen due to the demographics of the district she represents with having more foreigners than residents! Poetic justice would be seeing AOC without a seat and her having to resort to carpetbagging for another district altogether by challenging another incumbent.

Alexandria Ocasio-Cortez’s House district could be redrawn based on the 2020 census. And as Beth noted, New York is projected to lose one seat. This has not caught the fiery left-winger off guard. 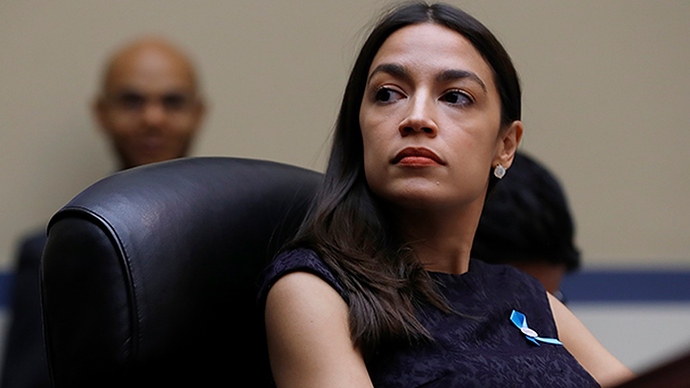 The Potential Loss of Ocasio-Cortez’s District Highlights Why Democrats Fumed...

We’ve heard this could be a possibility for quite some time: Rep. Alexandria Ocasio-Cortez’s House district could be redrawn based on the 2020 census. And as Beth noted, New York

I’d love to see her ousted due to redistributing. Couldn’t happen to a better person.

I hope she loses her seat. Illegals don’t have a right to representation and if her seat is predicated upon their residence in her district, then her district needs to go away. Plain and simple.

AOC has upset the entrenched DNC establishment. She’s popular with the socialists and the illegals but she isn’t popular with her establishment counterparts. Plus, they know the real story behind her rise to prominence anyway. She’s nothing but an actress that repeats the lines that are given to her by her feeders. They will force her out.

Same thing will happen to the reality tv Star.

What do you mean? Do you think Trump is only an office because of one congressional district??

Doesn’t this mean that she was illegally voted in to begin with?

Probably. But we will never know since New York doesn’t have a voter ID law.