We are long way away from times when Guiliani was Mayor of New York City. Fast forward to today and New York has devolved into electing a Marxist Democrat (yeah as if there such a thing!

) to run the city! Since that time the city has gotten worse, higher crime, increased neglect of sanitation, over spending of the cities spending Budget and neglect of regular maintenance of infrastructure. With all these things it still amazes me how DeBlasio was able to win re-election with his already horrible record as mayor! Now the post is demanding the Mayor be removed and when that happens DeBlasio has pretty much lost the support of the city! The article cited is a scathing indictment of DeBlasio”s failures as Mayor of New York City! 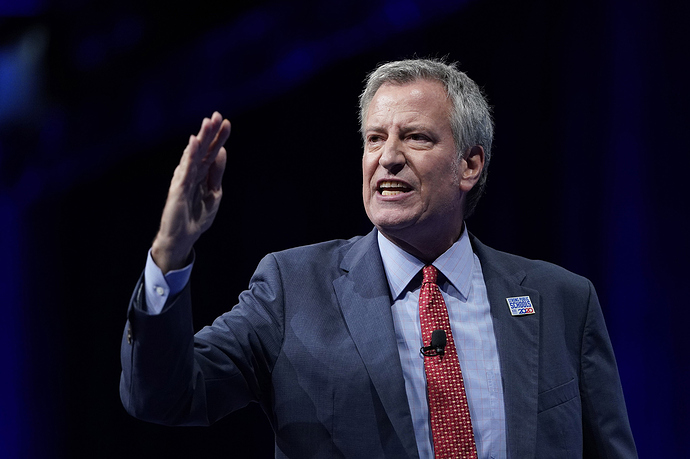 The lights went out on Broadway Saturday night, and Bill de Blasio was a thousand miles away in Iowa. It was the moment that perfectly captured his distracted, ego-driven failure of a mayoralty. Bi…

It wasn’t long after he got elected that any time he went anywhere in the presence of NYPD they would turn their backs on him, like he did to them. I don’t think things have improved.

Mayor DB has been a failure from the start, glad the Post is catching on.

“People Tend to get the government they deserve”-Someone smarter than me.

When you think about those numbers it really is pathetic and puts forth a plausible explanation how DeBlasio won re-election!

Yes I remembered that specifically in relation to two officers being killed and the way he publicly handled that!